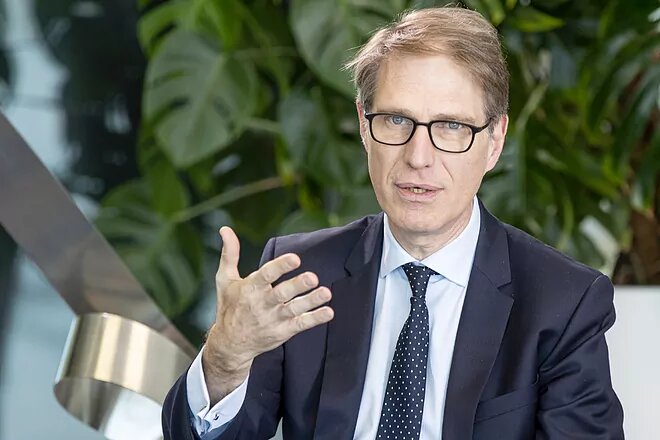 Cepsa sells its power plants to accelerate its restructuring.

The group is putting its thermal power plants up for sale as part of the strategic plan, about to be launched, in what would be the largest en bloc transfer of this type of assets in Spain.

Cepsa, the second largest oil company in Spain, after Repsol, has hung the ‘For Sale’ sign on its thermal power plants.

The process is part of its transformation plan towards renewable energies. Cepsa intends to present a new strategic plan before August. It will be the first to be launched by Philippe Boisseau, who joined Cepsa as its top executive in the fall of 2019, replacing Pedro Miró. The plan has been delayed by the instability of the hydrocarbon markets first, and by the Covid pandemic later, but industry sources indicate that it is now ready and could be presented imminently.

The ‘For Sale’ sign is already on the cogeneration plants, which total eight facilities with more than 300 megawatts (MW). It could also be extended to another combined cycle plant.

Market sources estimate the operation to be worth at least 200 million euros. With this step, Cepsa gives a boost to its new strategy, which will focus on the decarbonization of its production processes and a firm commitment to renewables.

The largest block sale
If the transaction is completed in its entirety, Cepsa would mark a milestone in the sector because it would be the largest en bloc sale of a complete batch of thermal power plant assets in Spain.

Both the cogeneration plants and the combined cycle are adjacent to Cepsa’s petrochemical centers. The group has three refineries located in Huelva, Gibraltar-San Roque and Tenerife. It also has chemical plants in Puente Mayorga (Cádiz) and Palos de la Frontera (Huelva).

The case of Cepsa is not an isolated one. All the thermal power plants in Spain are being reconverted or are in the process of revision. Whether they are combined cycle, cogeneration, coal or nuclear. Nuclear plants already have a closure plan, between 2027 and 2035. Coal-fired plants are already in the process of closing or dismantling. Combined cycle and cogeneration plants will remain.

Combined cycle plants burn gas to heat water and use the steam and combustion gases to drive turbines for electricity production. Cogeneration uses the surplus heat from a given production process to heat water and, with the steam, drive an electric turbine. Both combined cycles and cogeneration are not at their best. The sector’s race towards renewables is causing them to be displaced from the electricity system. This, together with a reduction in the economic compensation mechanisms from which they were fed, has made it difficult for them to compete. However, these types of power plants are necessary to shore up the electricity system and cover the lack of continuity in the production of renewables, given that wind power plants only generate electricity when there is wind, and photovoltaic plants only when there is direct sunlight. The new regulation being prepared by the government to carry out auctions and cover these deficiencies, through an auction mechanism, can give a new life to these plants. One of the problems of any power plant in Spain is that, by law, they are difficult to close. A long bureaucratic process needs to be followed to do so.

RACE WITH REPSOL TO FIND A GAS STATION PARTNER
Although Cepsa has been delaying the launch of a new strategic plan, the group has not stopped and continues to take significant steps to reorganize its activities. One of the projects on which the company continues to work is to analyze formulas to strengthen its gas station network.

One option is the incorporation of a financial partner. It would be a way to obtain more economic muscle to tackle a relaunching of the service stations. Cepsa has been advised by BNP Paribas. Cepsa has just over 1,500 service stations. The Cepsa network accounts for 13% of all gas stations in Spain. It is the second largest service station infrastructure in the country, after that of the Repsol brand, which has 3,354 hydrocarbon supply points.

They will have to be centers from which to supply all kinds of energy services (electricity and gas, as well as hydrocarbons) and other products. Cepsa is competing with Repsol in the search for partners, since this oil company is also trying to incorporate a fund or group of funds to its commercial subsidiary, which manages the gas station network.

CARLYLE
The deal is part of the strategic review undertaken by Cepsa since The Carlyle Group partnered with Mubadala and took a 38.5% stake in the company. Last year the group reorganized its top management.