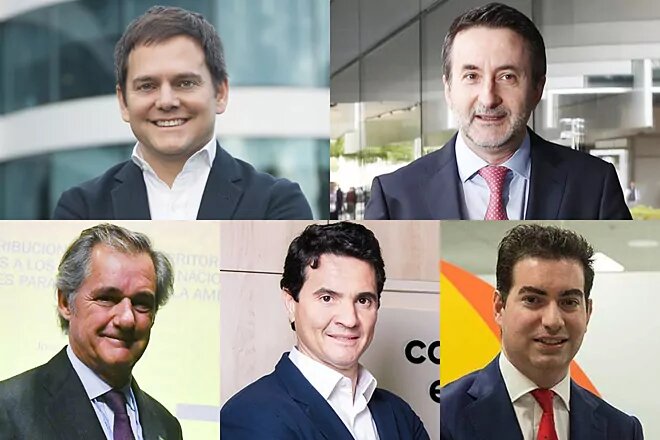 Grenergy sets alarm bells ringing in the face of the overheating of renewables.

The group, which is already listed, accelerated its capital increase to avoid the flood of placements in the renewables stock market, but even so it had to lower the price of the operation.

The renewables sector in Spain is going through what happened to the real estate sector fifteen years ago. There is a growing feeling that a bubble is being created that will burst at some point. What nobody knows is the exact moment when it will burst.

A few days ago, the first warning was issued. It was with the capital increase carried out by Grenergy, one of the Spanish renewable energy companies already listed on the stock exchange. The capital increase was a success, but not a complete one. It was marred by a significant downward price adjustment.

Grenergy placed new shares on the market at a price of 29 euros per share, compared to the 30 euros at which it estimated to carry out the increase, and far from the 31.5 euros at which it was trading in previous days.

The danger of the avalanche

Sources close to the operation indicate that Grenergy preferred to accelerate the increase, with an express placement a week ago, before the avalanche of renewable energy IPOs that is expected in Spain and which will foreseeably push prices even lower. Spain has become a global benchmark for the renewables fever that is occurring in the country, both in terms of new developments, project acquisitions and possible IPOs, with almost a dozen companies testing the market: Acciona, Capital Energy, OPDEnergy, EiDF, Ecoener, Gransolar, Repsol Renovables, Factorenergia and Dominion Renovables.

Investors may like Spain and may be hungry for green investments in the country. The problem is that the Spanish market may die of success and oversaturation. Or as one fund manager sums it up: investors may like Spanish paella, but two or three servings are enough. Ten cannot be digested by any market, no matter how much appetite there is.

On 17 March, Grenergy Renovables agreed to launch an express capital increase of 105 million, around 12% of its capital, among qualified investors. The company managed to raise this money the following day. But, in addition to lowering the price, its founder also came to cover part of the operation.

The group traded yesterday at 28.3 euros per share, 1.68% less than the previous day. It is worth just over 700 million euros on the stock market. Although it has recovered somewhat in recent days, it is still below the high of 44 euros it reached at the beginning of this year. The other renewables stars on the Spanish stock exchange have also deflated since the beginning of the year, and especially in recent weeks.

Solaria, the largest renewables company on the Spanish stock exchange, with a value of more than 2.3 billion euros, was trading yesterday at 18.430 euros, down 0.38%.

This is a far cry from the high of more than 26 euros at which it traded in January. The same pattern is being followed by Soltec, which is trading at around 9 euros, compared to the maximum of 13 euros it reached in January, three months after its debut on the stock exchange. It was precisely the listing of this group on the stock exchange last October that raised the expectations of the entire sector, leading to the current avalanche of stock market projects.

There are groups of all types and sizes on the waiting list. The president of the CNMV, Rodrigo Buenaventura, encouraged expectations by saying last week that up to six companies could debut on the stock exchange in the first half of the year. He did not specify whether they would be renewable or not, but the market assumes that most of them will be.

The problem is that the idea is beginning to spread that there will not be room for all of them in such a short space of time and that success or failure in the placement will depend a lot on who gets there first. Acciona and Capital Energy in particular are trying to place themselves on the starting grid. The third largest group, Repsol’s renewables subsidiary, is at a slower pace.