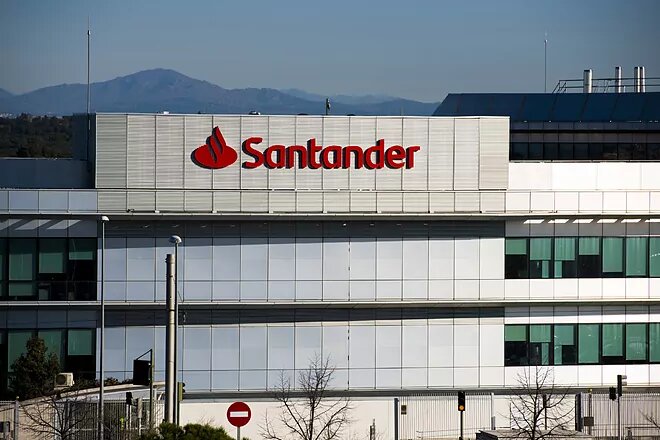 Santander launches an offer to buy back 8.3% of its Mexican subsidiary for 550 million euros and delist it from the stock market.

The group, which is holding a shareholders’ meeting today, says it expects to obtain a return on ordinary tangible capital of 10% by the end of the year and reiterates its intention to return to a dividend of between 40% and 50% of profit.

Santander is again looking to Mexico for the second time in two years. The bank, which currently controls 91.7% of its Aztec subsidiary, has announced the launch of a public offer to buy back 8.3% of the shares it does not own from minority shareholders. The parent company will offer Santander Mexico investors 24 pesos in cash for each share, at a premium of 24% over current trading levels, according to the bank.

Strengthening the position in Santander Mexico would allow the parent to increase its exposure to markets with high growth potential, in line with its goal of concentrating capital in geographies that offer higher returns.

Mexico currently generates 11% of the group’s results and is its third largest subsidiary, after Brazil (30%) and Consumer (15%). Santander believes that the contribution of the Aztec market is below its natural weight and should increase.

Just two years ago and with the same objective, Santander, which then controlled 75% of the subsidiary, launched an offer to take over the 25% that was in the hands of third parties. The operation, which was then articulated through an exchange of securities that obliged Santander to increase its capital by 3.5%, allowed the parent company to increase its position to the 91.7% it now holds. The acquisition price was 32.37 pesos, with a 14% premium and a capped investment of 2.6 billion at the exchange rate at the time.

If the current transaction goes ahead, Santander intends to delist the stock exchange subsidiary. Santander Mexico debuted on the stock market in 2012, when the parent company placed 24.9% of the capital. It went public at a price of 31.25 pesos. At that time, the group had among its main strategic objectives the stock market debut of all its large subsidiaries in order to subject them to market discipline.

The 8.3% buyback, which is expected to close between the second and third quarter of this year, will generate a return on invested capital (ROIC) of around 14% and improve the bank’s earnings per share (EPS) by 0.8% in 2023, according to Santander.

It will also increase the group’s organic capital generation capacity and will be neutral in tangible net asset value (TNAV) per share. In terms of capital, it will have a negative impact of 8 basis points. At year-end, the group’s maximum quality solvency was 12.34%, above the bank’s target range (11%-12%).

«The offer is attractive for both Santander Mexico and Banco Santander shareholders. The transaction values Santander Mexico shares at a price in line with analysts’ average target price for the next 12 months and will offer the Mexican bank’s shareholders the possibility of divesting in a security with limited liquidity,» the parent company said.

«The transaction is also positive for Banco Santander’s shareholders, as it enhances the group’s growth and capital generation capacity. It is also consistent with the strategy of allocating its capital to countries with higher growth potential. Mexico is one of the group’s core markets and offers good long-term prospects,» he said.

Santander, which is holding a shareholders’ meeting today, said revenues in the first quarter of the year were in line with those of the fourth quarter of 2020.

«In Europe, the bank continues to generate savings that improve the group’s efficiency ratio. In addition, the cost of credit continues its downward trend. As a result, the bank now expects to achieve a return on tangible equity (RoTE) of approximately 10% by the end of 2021,» Santander said. In February, the group anticipated that the ratio would be between 9% and 10%.

Santander also reiterated its intention to return to a shareholder remuneration policy of 40-50% of the group’s ordinary profit. «The necessary amount of capital will be set aside during the year to implement this policy once supervisors allow it,» he said.

Santander also announced the appointment of Andreas Dombret to the bank’s international advisory board.

«Dombret brings expertise and experience in financial services, central banking and banking regulation, which will contribute significantly to strengthening the role played by this board. Andreas Dombret was a director of the Deutsche Bundesbank between 2010 and 2018 and a member of the supervisory board of the European Central Bank between 2014 and 2018. He was previously vice chairman of Bank of America in Europe and held senior positions at Rothschild, JPMorgan and Deutsche Bank,» said Santander.