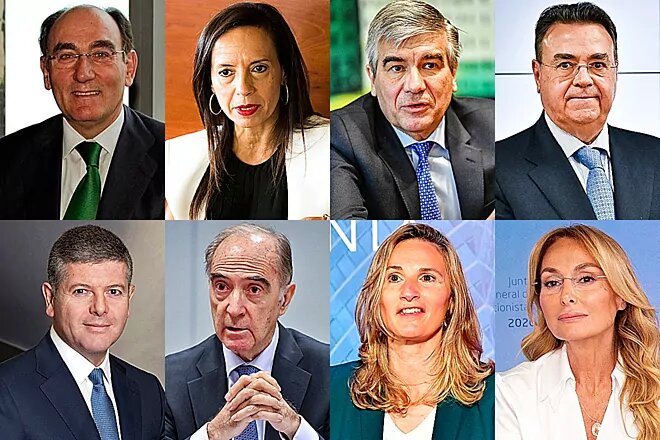 These are the ten Spanish companies in the World Champions of Sustainability.

Iberdrola, Red Eléctrica, Naturgy… but also Enagás, Redexis, Nortegas, Madrileña Red de Gas, Canal de Isabel II, Aqualia and FCC. Spanish electric utilities are not the only companies that stand out worldwide in the sustainability rankings. There are also companies that cover other essential supplies.

This is what emerges from the analysis carried out by the risk rating agency Fitch on the vulnerability of the utilities sector (electricity and water services). This is the so-called ESG Vulnerability Score. It could be considered the World Champions of sustainability in its broadest sense. This ranking measures the level of risk to companies’ medium- and long-term credit ratings for environmental, social and governance (ESG) factors. A high score in this ranking means more risk.

Fitch has just published the ESG Vulnerability Score 100 Utilities with the 100 best positioned companies in the services sector, and the conclusions are very relevant for Spain. For the most part, the ranking is dominated by European companies and the list is dominated by Spanish companies, which account for ten percent of the total.

The most relevant position is occupied by Iberdrola, which is among the three best positioned in the world, together with the Nordic Orsted and the Chinese Three Gorges. Fitch gives Iberdrola an average score of 10.8 points for the period 2025-2050, within a methodology ranging from 0 to 100, with 100 being the worst position. According to the agency, utilities are mainly in the range of 15 to 60 points, «which shows that almost all companies are actively introducing ESG principles and the energy transition».

On the opposite side of the spectrum are the oil companies. According to the Fitch report dedicated to the sector and published last January -Oil & Gas and Chemicals, Long-Term ESG Vulnerability Scores- oil companies «are among the most affected by the energy transition, so many producers have begun to rethink their strategies in light of regulatory changes».

Oil companies have risk indexes well above 70 points according to Fitch’s methodology. In the case of Iberdrola, the fact that the group has set very specific and measurable ESG objectives in the medium and long term, both in the environmental, social and governance areas, was valued.

For example, by 2025, the group headed by Ignacio Galán will double its renewable energy capacity to 60,000 megawatts and reduce its emissions to below 70 grams of CO2 per kilowatt hour produced, compared to 98 grams in 2020.

But Iberdrola is not the only one with ESG ambitions on the Fitch list. Red Eléctrica does not exceed a score of 20 in terms of risk. And although water distribution companies, such as Aqualia and Canal de Isabel II, are slightly above, they do not exceed 20 points in the long term either.

In the case of Red Eléctrica, its role as the backbone of the energy transition in Spain is valued. And in the case of the water distribution companies, it is valued that their business is assured and also strongly regulated from the environmental point of view, due to the fact that they derive from long-term administrative concessions.

Iberdrola is one of the leaders in the ESG Vulnerability Score 100 Utilities ranking. With an average score of around 10, it shows its ability to adapt to ESG challenges.
Red Eléctrica is well positioned in the Fitch ranking, in which the more points it has, the worse it is (because it has more risks); with 100 as a ceiling, REE is below 20.
Naturgy, despite having begun to remove coal-fired plants, is punished by the excessive weight of gas-fired generation. It exceeds 33 risk points, but is still well positioned.
Like other gas companies, Enagas, the company that manages gas pipelines in Spain, is weighed down by its excessive dependence on this sector. Nevertheless, it is doing better than the oil companies.
Redexis is, after Naturgy, one of the largest gas distributors in Spain. Fitch values positively its ESG adaptation, but warns of regulatory risks.
Like Redexis, Madrileña Red de Gas is well rated by Fitch, with a score of 40, but warns of regulatory risks as its biggest threat.
With a score of 23, Canal de Isabel II, the company that distributes water in Madrid, is one of the best rated companies. Its biggest risk is potential droughts in Spain.
FCC is twice in Fitch’s ranking, for FCC Servicios y medio ambiente and for Aqualia, always with a good score (around 20), but with the risk of geographic diversification.