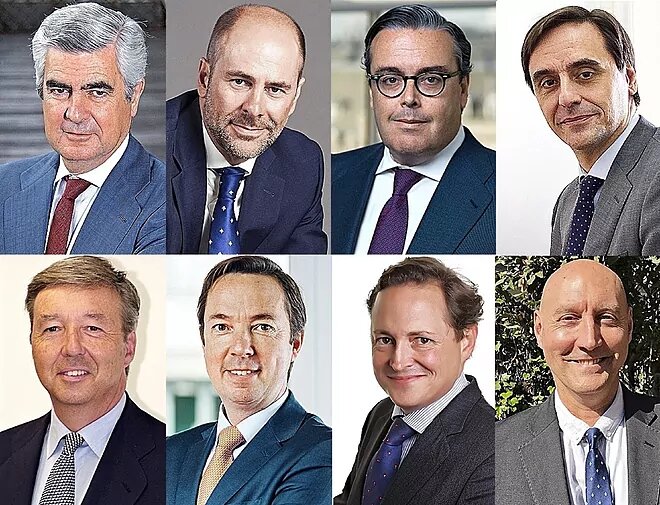 A wave of signings in private banking and asset management firms to lead the business boom.

The main entities in the sector are reinforcing key positions in their organisational charts to boost business and gain muscle, taking advantage of the sweet moment for professional investment.

The first months of 2021 have become an unprecedented start to the year in terms of new hires. The flood of money flowing into investment funds in recent months has prompted a war between fund managers and private banking firms to attract the best professionals and boost some of their lines of business.

Spanish funds alone have attracted almost 9,000 million euros over the last five months, coinciding with the start of the vaccination processes against Covid at international level. To this figure should be added the money attracted by the large international fund managers in Spain. There is still no data available on the subscriptions of these firms in 2021, but in the last three months of last year alone they attracted close to 8.5 billion euros.

The forecasts are that the investment boom could continue. Above all, taking into account the commitment of banks and fund managers to encourage customers to transfer their savings from traditional deposits to funds and managed portfolios. This, together with the scale needs of the most important players in the sector, is leading to strong business growth.

This sweet moment in the professional investment segment in Spain has generated a wave of signings by fund managers and private banking institutions.

Direct hires from the competition, the departure of bankers or very prominent managers from some consolidated firms to give impetus to other new ones and the signing of professionals orphaned by the merger process the sector is going through have multiplied in recent months.

They are also the result of a year of paralysis in corporate moves and new hires. Many entities in the sector had suspended some of their growth plans during the Covid year (2020) and are now resuming them with the frenetic return of activity.

One of the most talked-about moves in recent weeks is that of Deutsche Bank. It has proposed that private banking should be one of the key growth businesses in Spain and has announced the recruitment of 25 bankers from its main competitors, top-level institutions such as Santander, BBVA, Sabadell, Bankinter and Banca March.

The latter has been one of the most important and recent signings. March has hired Miguel Matossian, former head of Credit Suisse’s private banking in Spain and a historic figure in the sector, to export the bank’s wealth management business. The bank’s asset manager also hired Carlos Ruiz de Antequera this year as chief investment officer from Santander AM.

The high net worth investment management business is experiencing a major boom in Spain, and many entities have opted to boost the business, and others to enter it.

Beka Finance is one example. It hopes to get the green light this month for its private banking project, called Beka Values Private Banking, which it is promoting with a raft of signings. For the moment, it has put José Luis Blázquez, ex-Andbank, in charge of the business. And it is finalising the hiring of more new bankers to launch its private banking unit, but for the moment it has also added to the team, among others, David Azcona, former CEO of Morabanc AM, as head of Investments; José Miguel Fernández, as head of Equities and Luis Gómez, as head of Media. Both are former Andbank bankers.

Creand Wealth Management, the former private banking subsidiary of Crèdit Andorrà (Banco Alcalá), has added the Socimi Torre Rioja to its capital in order to carve out a niche for itself in the sector. The first step has been to incorporate Antonio Morales, from UBS Spain, as Director of Institutional Clients.

Contracts to grow
Singular Bank, in the midst of its growth process, has signed Sergio Redruello, former right-hand man of Javier Marín during his time as CEO of Santander, as Director of Strategy. This is not the only signing of Singular in recent months, which is taking advantage of this channel. In addition to acquisitions, to grow.

Finaccess Value, a new securities agency promoted by Mexican investor Carlos Fernández, owner of the Finaccess business holding company, has hired David Ardura, who will be Investment Director, and Pilar Bravo as Business Development Director at Gesconsult. Both have been with Gesconsult for more than a decade.

Another firm that has been particularly active at the beginning of the year is Tressis, which announced a few weeks ago the incorporation of Enrique Cabanas, until then CEO of Novo Banco Gestión, as director of its network of agents. The asset management firm took advantage of the turmoil following the sale of Novo Banco’s management company to Trea AM at the end of last year after a long transaction to take over its top manager.

Bank asset managers are another major player in the new appointments. Many banks are looking for a solution to the pressure on their margins resulting from the current negative interest rate environment and have decided to boost the fund and high net worth portfolio business. Among the latest moves, Bankinter has brought in Jorge Medina to chair its fund manager, a former Deutsche Bank Spain executive who replaces Alfonso Ferrari, in the position since 2018.

At Arcano, there has also been a lot of staff turnover, taking advantage of the activity of international firms. It recently hired Javier Mallo, who had been head of Spain and Portugal for Legg Mason since 2014, to the Institutional Sales team. The firm, which wants to grow in this client segment, has also recruited Lorenzo Parages, former commercial director of March’s fund manager, and Mercedes Cerero, former director of Investor Relations at Abaco, for this area.