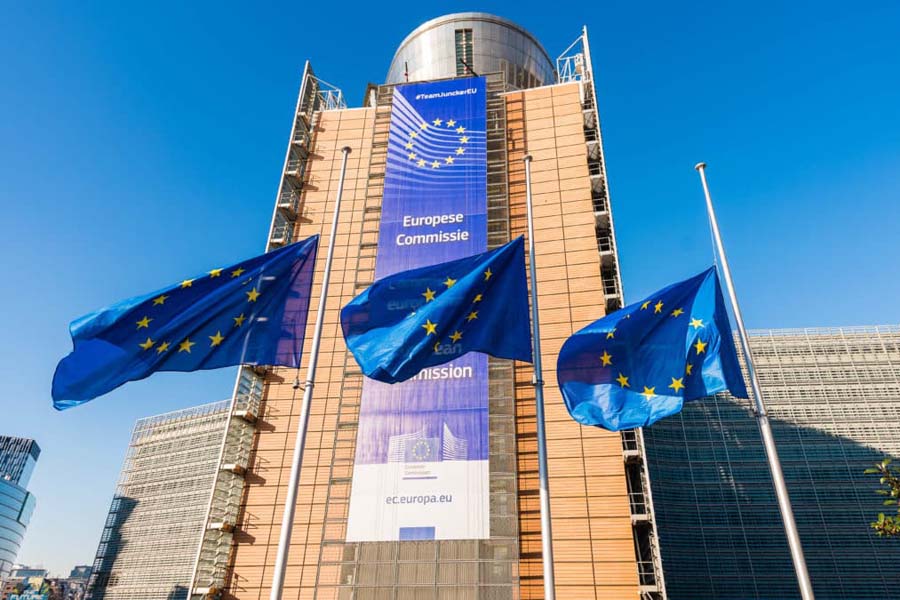 Brussels gives the green light to mass consumer demands as in the US.

The new directive opens the door for European consumer companies to face collective and multi-million dollar claims like those suffered in the US by Apple, J&J or Volkswagen.

These are the multi-million dollar consequences of some class action lawsuits on the other side of the Atlantic, where mass claims on consumer companies are very common, as much as they are rare in Europe so far. However, the situation is about to change in the EU following the approval of a new directive that aims to bring the European procedural model closer to that of the large class actions in the US, which, by bridging the gap with US litigation mechanisms, which are prone to excesses and abuse, opens the door for European consumer goods manufacturers and/or distributors to face possible future mass claims and potentially multi-million dollar compensation.

This is provided for in the recently approved European Directive 2020/1828, which, according to the EU, aims to «strengthen the procedural mechanisms for the protection of the collective interests of consumers», including both «injunctions» (i.e. ensuring that illegal practices are stopped) and «remedies» (compensation).

The aim is to standardise a web of mechanisms so disparate that even «some Member States currently have no procedural mechanism for collective actions seeking compensation», the text of the directive states.

At the heart of this new regulatory framework are major scandals such as the ‘dieselgate’ in 2015 (the manipulation of cars to appear less polluting), which received a forceful response in the US, with Volkswagen paying compensation amounting to 25 billion dollars. In contrast, the reaction was much more lax in Europe, where the compensation was significantly lower, despite the fact that on the other side of the Atlantic hundreds of thousands of vehicles were rigged in contrast to the Old Continent where the fraud took place in millions of cars.

This even led Brussels to open files on countries such as Germany, the United Kingdom and Spain for failing to penalise Volkswagen after the scandal broke. The EU executive does not want fraud of this magnitude to be repeated in the future.

The initiative, which the EU countries will have to transpose within a maximum period of two years (that is, before the end of 2022) and apply from 25 June 2023, is therefore of enormous importance, as it will involve a thorough review of the processes related to collective lawsuits and will have far-reaching implications for the business sector, for which its future defence mechanisms are at stake.

This is because the new legislative package affects who can initiate these mass claims (normally consumer associations); it opens the door to the emergence of the figure of the financiers of lawsuits, common in the Anglo-Saxon world but still largely unknown for these payments (see information on page 23), and will allow consumer organisations in any European state to bring a collective lawsuit in the courts of another EU country.

Interestingly, the figure of collective action is not unknown in Spain, which since the approval in 2000 of the Civil Procedure Law is one of the few European countries that has mechanisms for mass claims. In fact, there are paradigmatic cases, such as the macro-claims for the land clause or the preferential shares of various financial institutions, such as Bankia, CatalunyaBanc or Caixa Galicia (now part of Abanca), which resulted in resounding victories for the plaintiffs, although without a clear compensation mechanism.

But although this figure is not new in Spain, the whole regulatory package surrounding the new directive is, with serious implications at EU level, which, according to the experts, will result in frenetic legislative activity in the coming months in Europe, where there will even be competition between Member States to offer the best regulatory framework for bringing a collective demand from another country.

«The relevance of the directive for the Spanish case does not lie so much in its idea of generalising collective actions, which we have been doing for quite some time in our country, but rather in the promotion of a new and more complete procedural regulation of this resource,» Alejandro Ferreres, partner of Uría Menéndez in the Civil Procedure and Arbitration Area, told EXPANSIÓN.

The new framework invites the Member States to «consider the possibility of regulating the financing of mass litigation, extending to all collective consumer litigation the regulation on access to sources of evidence that is already in force for claims for damages derived from cartels, or introducing a detailed regulation to facilitate and promote transactional agreements in mass consumer disputes».

It is, therefore, a process to which Spain will hardly be able to remain oblivious given the high stakes involved, and which, according to the legal expert, «has the potential to substantially modify the structure of our civil process and, above all, the culture of litigation, so that our European model could come somewhat closer to the American class action system».

Europe is thus moving towards the Anglo-Saxon model, although it is keeping its distance in aspects that on the other side of the Atlantic have given rise to exorbitant compensation, as a result of the so-called punitive damages, that is, a kind of exemplary punishment that is not contemplated by the European judicial system and which Brussels has not, for the time being, put on the table with the new directive.

Does this mean that the EU runs the risk of astronomical compensation as in the USA? In the middle of this year, the German pharmaceutical consortium Bayer had to pay out a whopping $10 billion in damages on the other side of the Atlantic to settle a macro-litigation in the case of glyphosate, a herbicide which almost 100,000 plaintiffs accused of causing their cancer. With this multi-million dollar settlement, the German chemical group put an end to a dispute which, if it had been prolonged, could have cost it much more.

However, experts believe that it would be better for the consumer and the company to move towards non-judicial compensation mechanisms. Firstly, because «collective compensation actions can only succeed in those cases where the determination of the damage suffered by each of the consumers who are to benefit from the action does not depend on the particular circumstances of each of them», says Alejandro Ferreres, He adds that «reality shows, however, that there are not many cases in which the damage suffered by consumers is the result of a common cause, which can be predicted in a univocal way by all those affected», and therefore, in his opinion, the use of collective actions in these cases would be «debatable».

Therefore, he considers it very important that the regulation of these actions includes a specific and prior admission procedure, aimed at verifying that the collective action is viable as such. Even if the damage suffered by consumers was the result of a major disaster, «alternative dispute resolution systems seem to be a better alternative to collective actions. This is demonstrated by the experience in some Northern European countries», he concludes.