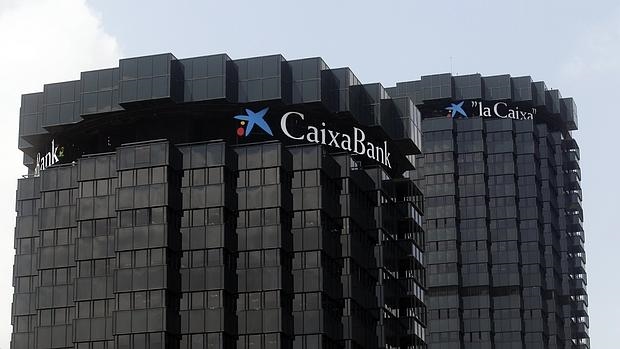 BBVA loses 89 billion in assets after closing its exit from the United States. CaixaBank widens the gap with respect to the close of 2020 and has 30,000 million more as of March.

The overtaking of the second largest Spanish bank by assets is consummated. The new CaixaBank has just overtaken the BBVA group in terms of asset volume after the entity presided by Carlos Torres closed the sale of its US subsidiary the day before yesterday.

The new CaixaBank included Bankia’s assets for the first time in its first-quarter accounts and totaled 663,569 million euros at the end of March. It thus became the second largest Spanish bank, ahead of BBVA, and is now 30 billion euros ahead of it. After the sale of the US business, BBVA loses 89 billion euros in assets.

At the end of 2020, according to the latest separate accounts, CaixaBank and Bankia exceeded BBVA’s balance sheet by just 6,753 million, without taking into account the assets that would come out of the transaction.

In the first quarter of this year, CaixaBank presented its accounts for the first time with Bankia’s assets, after closing the legal merger at the end of March. This integration led to an increase of almost 50% in the total assets of CaixaBank, which is the entity that has absorbed the Bankia brand.

The new group resulting from the merger will be second only to Santander as the largest global Spanish bank. Although CaixaBank concentrates its business mainly in Spain. It also has a presence in Portugal, where it controls 100% of the Portuguese BPI since the end of 2018. The bank reports €38,741 million in assets in Portugal, which represents a weight of just 5.8% on the new group’s balance sheet.

BBVA, for its part, had €719,705 million in the world at the close of the first quarter, but will cease to account for almost €89 billion of the business sold in the United States from the second quarter.

It is particularly present in Mexico, where it accounts for 17% of the group’s assets. The Aztec subsidiary generates almost 40% of the group’s profits and has a market share of 23.5% in the country.

With the exit from the United States, Spain has gained weight in BBVA’s business and contributes 30% of the group’s net attributable profit, half of its contribution by volume of assets. The bank’s share of lending and deposits in Spain is 13%.

Turkey is its third most important market, where it has 58,876 million in assets, 9% of the group’s total.

As the bank announced to the market when it presented the deal, the sale excludes BBVA Securities and the New York branch, so the group will continue to provide corporate and investment banking services to large corporate and institutional clients. BBVA will also maintain its representative office in San Francisco.

The bank’s top management estimates that with the business it will maintain in the United States, it will retain about 100 million euros a year of the profit it currently earns in the country. The subsidiary earned 429 million in 2020, 27% less.

The sale of the U.S. subsidiary will generate an extra capital cushion of more than €8 billion for BBVA. The group plans to use this cushion to grow profitably in its main markets and does not rule out making acquisitions of other entities.

For the time being, it seems that the heads of both BBVA and Sabadell will not resume talks to attempt their merger, which was derailed in 2020 due to differences in price. In fact, Sabadell has just launched its new three-year strategic plan with the focus on guaranteeing its solo project.

The new Unicaja
In a few months, the ranking by assets of the Spanish banking sector will see the entry of the fifth largest bank. Unicaja and Liberbank expect to seal the legal integration at the end of June or beginning of July. The new Unicaja, which will absorb the Liberbank brand, will exceed 110 billion in assets (see attached illustration). The bank will be just ahead of Bankinter, which in the first quarter of the year was another new player in the banking ranking by assets: it surpassed the 100 billion barrier for the first time in its history.

After a very intense 2020 in the concentration process of Spanish banking due to the pandemic, with two mergers and a failed attempt, the market and experts rule out mergers in the short term.