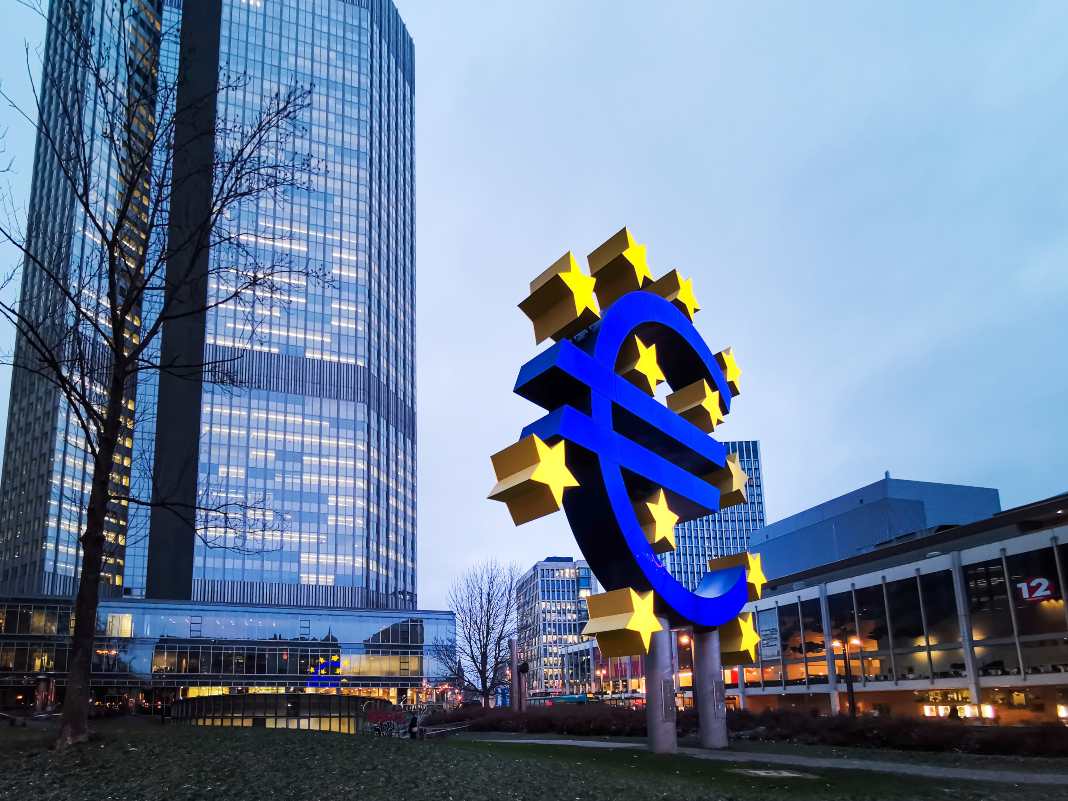 ECB: In Spain there is only room for four large banks.

The supervisor, which is extending this model to the rest of the euro area, considers that this is the only way in which banks will be able to achieve sufficient profitability to survive. Bankinter, and other institutions with niche businesses, would have a market.

The European Central Bank (ECB) has in mind what its ideal financial system would be like, a roadmap involving Spain, and on which progress is already being made despite the breakdown of negotiations between BBVA and Sabadell. The supervisor is determined that there is still room to reduce the number of institutions in the country, to the point that there will be four or five large banks left in Spain, according to various financial sources.

The official position of the Frankfurt based institution is that it wants to be neither an obstacle nor a promoter of corporate operations.

Although it states publicly that mergers «are not the only way to put an end to the excess banking capacity in Europe», the private talks it is holding with the various institutions are taking a different turn. Different ECB representatives have reported that there is not enough of a market for banks to reach a minimum of adequate profitability to be competitive with the required solvency standards and the interest rate environment.

Although the supervisor admits that cost adjustment plans work, financial sources indicate that Spanish banks have been told that this route is slower and that they do not benefit from the synergies that a corporate operation can bring. Moreover, the weight of technological investment that the financial sector has to face in order to digitalise it is less of a burden the greater the muscle of the institution.

To put pressure on bankers, supervisory groups compare the cost and efficiency figures of European institutions with their US and Nordic competitors, but also with those of other regions. With the current fragmentation and overcapacity of the European banking sector, they will eventually be unable to compete in a global economy.

The ECB’s plan is to have fewer, but at the same time more solvent and profitable, institutions in the aftermath of the pandemic. This premise is evident from the ongoing integrations. CaixaBank and Bankia, whose shareholders’ meetings will have to approve their merger this week, will create the leading financial group in Spain with more than 600,000 million euros in assets and will achieve a joint capital ratio of the highest quality, known as CET1, of around 14%, according to the latest figures for September.

The same is true of Unicaja and Liberbank, which are finalising the arrangements with the ECB to create the fifth bank by assets in Spain. The top-quality capital ratio of both banks would exceed 14%, a cushion they could use to increase cost synergies.

Since 2009, the Spanish banking sector has corrected much of the overcapacity that was dragging on from the economic expansion. The number of institutions has been reduced by more than 30% since then and after the two mergers in the making there will be about ten left. This is still a high figure for supervisors, especially with the emergence of new players such as fintech and the arrival of major technology companies in financial services.

The optimum level for competing in the domestic market will be between 300 and 400 billion in assets, according to several consulting firms. From this barrier, the entities would have the critical mass of clients necessary to be able to increase their income and, in addition, take advantage of cost savings.

For the ECB, however, size is not everything. According to several financial sources, the supervisor does see room for other institutions with a more specialised profile and which target a specific niche.

Bankinter is the name that emerges in all these conversations and which could survive despite its smaller size. The ECB’s consolidation plan is specifically targeted at groups with general customer objectives.

For the Banco de España, there is still room for more mergers in Spain without altering the degree of competition, as Deputy Governor Margarita Delgado recently pointed out. Supervisors argue that the low profitability of the sector and the difficulty of achieving income with an increase in prices and commissions are signs of high competition. The Vice-President of the ECB, Luis de Guindos, has also elaborated on this issue by pointing out that «weak banks do not compete with each other».

The supervisor’s recipe is not only for Spain, but his vision of a narrow banking map extends to the rest of the large euro area countries. In the smaller countries, one or two institutions would set the limit. This would be the step prior to the start of the desired phase of transnational consolidation in the euro area when the regulatory obstacles disappear. A few large players capable of competing with the large banks of other continents.