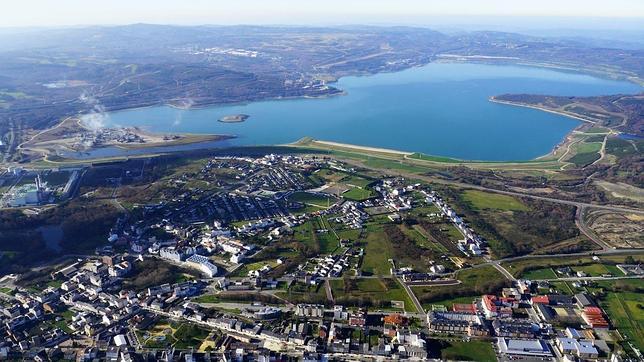 The project includes the generation of 940 megawatts with the sum of green hydrogen, wind and hydro and will generate 7,000 jobs.

The Portuguese group, through its renewable energy subsidiary (EDPR) and Reganosa, owner of the LNG terminal in Mugardos (A Coruña), are planning a macro green energy complex in As Pontes, the municipality where Endesa’s thermal power plant and the lignite mine were located, and several neighboring municipalities in the region of Ferrolterra. The investment amounts to 780 million euros to produce some 940 megawatts (MW) of green energy: 100 MW of hydrogen through electrolysis, which will be fed by water from the As Pontes lake; a reversible hydroelectric plant with a capacity to store 570 MW, and four wind farms of more than 270 megawatts.

The complex will require 7,000 direct and indirect job equivalents for its start-up and another 400 during its operation. But the project, which is located in an area hard hit by unemployment, is conditioned, firstly, to obtaining power in the next auction, and secondly, to receiving funds from Next Generation.

EDP Renováveis and Reganosa Holdco – the latter in which Gadisa, the Xunta de Galicia and Sonatrach have a stake – have set up a corporate structure to channel the project in which they will act as a single unit and which has already been presented as a sign of interest to access the recovery funds since it fits, he emphasizes, with the EU Green Deal and the Next Generation program; at the national level in the Energy Storage Strategy, the National Energy and Climate Plan, the Spanish Just Transition Strategy, and the Recovery, Transformation and Resilience Plan; and at a more local level in the State Pact for Ferrol, the Law of Administrative Simplification and Support for the Economic Reactivation of Galicia, and the Galician Strategy for Climate Change and Energy 2050.

The hydrogen (H2) production plant by electrolysis will have an annual production capacity of up to 14,400 tons and is expected to generate more than 300 jobs, directly and indirectly, between the execution and operation phases. The complex includes an energy storage with an installed power generation capacity of 570 MW by means of a pumped hydroelectric power plant that will use as a lower reservoir the lake that the old lignite mine environmentally recovered to pump water during off-peak hours, and a new one in the highest part. The reversible power plant will be located between the towns of Castelo and A Esfaparra and is expected to generate around 5,000 direct and indirect jobs, considering both the construction work and the future management of the plant.

The macro complex is completed with four wind power facilities of more than 270 megawatts in the municipalities of As Pontes, A Capela, Xermade, Monfero, Valdoviño, Moeche, Cerdido and As Somozas, and will generate around 2,500 jobs in the different phases.

Rodrigo Díaz, Reganosa’s Business Development Director and spokesman for the project, emphasizes that the complex integrates the entire value chain and will contribute to the reindustrialization of the area, giving priority to the jobs affected by the closure of the As Pontes thermal power plant.