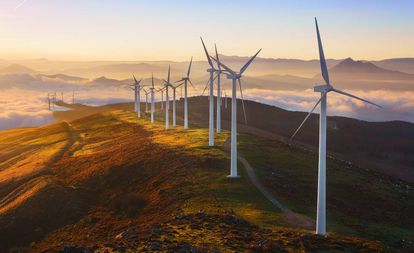 Financial giants change the shareholding map of Iberdrola, Repsol, Endesa, Solaria and other groups in the midst of the ecological transition.

In the last few months, they have been leading a series of shareholder movements in groups such as Iberdrola, Endesa, Naturgy, Repsol, Enagás, Red Eléctrica, Solaria, Soltec, Ecoener, Solarpack, Grenergy and Audax.

In all cases, the ecological transition is the melody that animates this corporate dance. All Spanish energy companies have embarked, to a greater or lesser extent, on a historic transformation towards sustainability, or are themselves 100% renewable energy companies. The funds, for their part, under increasing pressure from their shareholders, are shifting towards investments committed to the environment.

The result is a shift in the companies’ shareholding map. Whereas the leading role was previously monopolized by large industrial shareholders, such as Sacyr in Repsol, now the focus is on how the international financial giants are positioned in each energy group.

Especially because many of them have «sustainability» as their investment philosophy, a wave they all want to ride and which has unleashed a new race. Everyone is looking at each other sideways. The companies, to see which funds they are capable of attracting. And the funds, to see where their rivals are entering.

Overall, there is more than €30 billion at stake right now from funds or large non-controlling shareholders in Spanish energy companies on the stock exchange, all of which have intense green transition plans. BlackRock is present in Iberdrola, Red Eléctrica, Repsol, Solaria and Siemens Gamesa, where together more than 5 billion euros are at stake. In almost all of these companies, what is considered the largest private fund in the world, has made recent moves, such as entering Solaria or reaching highs in Iberdrola and Repsol.

But BlackRock is not the one with the most money at stake. It is surpassed by QIA, the Qatari state fund, with more than 5,800 million in Iberdrola, where it entered in 2006 but where it now has a maximum stake of almost 9%. This is the same for La Caixa, which through Criteria controls more than 25.69% of Naturgy, after climbing positions precisely as a reaction to the partial takeover bid launched by the Australian fund IFM.

Following this takeover bid, the Norwegian fund Norges also took positions in Naturgy, which raised 1.4% in April. Long-term investment or opportunism? Norges has also taken a 2% stake in Solarpack, now in the middle of a takeover bid launched by the Swedish fund EQT. The beneficiaries of this takeover bid will be funds such as Invesco and Santander Asset Management, other protagonists of the corporate dance in the shareholding of listed Spanish energy companies.

The case of Invesco

Invesco is, with more than 270 million in investments, the most diversified fund. In addition to Solarpack, it is in Grenergy, Soltec, Solaria and Repsol. Santander Asset Management entered Solarpack when this group went public in 2018, just as it has done with Soltec, when this company debuted on the trading floor last fall. Precisely, the stock market debuts of renewables in Spain are serving as a pole of attraction for hitherto unknown funds.

Swedbank entered in Soltec, and Handelsbanken and Gam have entered in the placement of Ecoener. It is not only new funds that have entered the market. Other more classic funds, such as Fidelity and Amundi, have entered Endesa and Repsol. The latter has an extensive transformation plan towards renewables. It is the one that has experienced the most turmoil, with the arrival of JP Morgan Asset Management and Bank of Montreal, among others. This entity, for its part, has also entered Red Eléctrica.