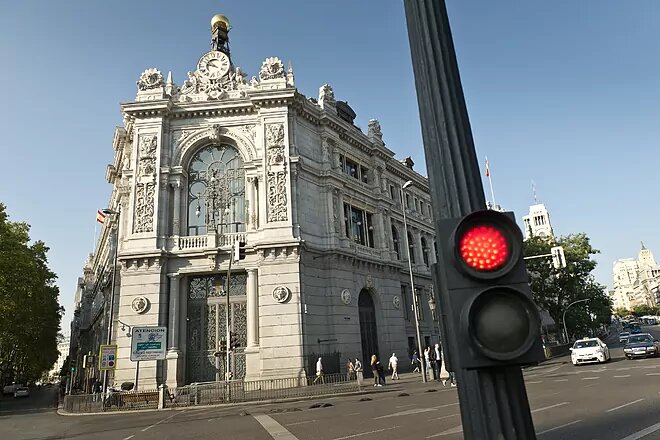 The Bank of Spain calls for improved active policies and criticises the fact that ERTEs do not benefit young people.

It urges fiscal changes in the face of the environmental challenge and opts for a consolidation plan when the recovery arrives.

The Director General of Economics and Statistics, Óscar Arce, pointed out that Spain currently needs to rethink its active employment policies, a reform that the government is negotiating with the social partners, as well as prolonging working life as life expectancy increases.

He also indicated that young people «have benefited less from the application of ERTEs» than other groups, mainly due to the temporary nature and the fact that they are more present in the sectors most affected by the pandemic, such as the hotel and catering industry and tourism.

This is what he said during his speech on Monday at the opening session of the third training day ‘Crisis and Economic Recovery’, organised by the Association of Economic Information Journalists (APIE), in collaboration with the Observatory of Financial Reality (ORFIN) and the University of Alcalá.

In his opinion, working lives should be in line with biological lives, i.e. increasingly «longer». «It is something that should be accepted naturally and as something positive,» Arce remarked after insisting, however, that this poses new demands that will require providing workers with new knowledge and tools over the years for the reassignment of tasks as workers get older.

«We are going to need to be active longer if the trend of living longer and longer continues. This is a major challenge for Spain given the ageing trend», remarked the Director General for Economics and Statistics of the supervisory body.

With regard to active employment policies, Arce urged a rethink of the catalogue, given that today «they are not the best», and therefore urged that they should be «a priority» in view of the challenge facing young people after the crisis, given their high level of precariousness and presence in sectors linked to social activities, such as tourism, which have been hardest hit by the pandemic.

ERTEs benefit young people less
The effects of the crisis are taking place in a context of high labour vulnerability that reflects, among other factors, the intense duality of the Spanish labour market, which also conditions the incidence and effectiveness of Temporary Redundancy Programmes (ERTE) among younger workers.

In this regard, Arce pointed out that young people «have benefited less from the application of ERTEs» than other groups. According to data from the last quarter of the year, the probability of finding a job for a young person was greater «if you were not in ERTE than if you were in ERTE», so this system «was not facilitating their reintegration into the labour market, he stressed.

Failure of the latest labour reforms
According to Arce, the pandemic is having a particularly strong impact on the labour income of young people, which is causing an increase in the already high percentage of young people without income, which reached 35% at the end of 2020. Moreover, he warned that uncertainty about future income is greater among young people, workers with temporary contracts and those on low incomes, something that is increasing with the crisis.

In view of this, Arce regretted that the latest labour reforms «have not been done well», as they have not managed to tackle some of the main problems of the labour market, such as duality. «A lot needs to be done in the labour market», he insisted.

Fiscal consolidation after the recovery
According to Arce, the pandemic has required a strong fiscal stimulus which, in the future, should give way to a sustained process of consolidation, which should begin «when the economic recovery is established».

This challenge of «rebuilding» the margins of budgetary policy will mean that the period of consolidation is likely to be prolonged, with a significant participation of the younger generations.

In this respect, he pointed out that the environmental objectives set for 2030 are ambitious and that fiscal policy will have to play a pre-eminent role in managing the transition towards an environmentally sustainable economy, given that Spain has an environmental tax collection gap of 0.8 percentage points of GDP compared to the Eurozone.

For this reason, he believes that European funds can be used, in addition to promoting green investments (39% according to the Recovery Plan), to alleviate some transition costs and to promote and finance reforms, which require «consensus».

Furthermore, Arce warned that the ageing of the population and recent adjustments will considerably increase current and planned expenditure on pensions and pointed out that adjustments in this area will be influenced by the evolution of social propensity towards the introduction of certain reforms.

A challenge for education
The Bank of Spain has warned of the possible effects of the pandemic on education following the closure of schools, universities and training centres to prevent the spread of the virus.

Although no evidence is yet available on the effect of closing schools and universities during the confinement in Spain, studies have already shown that in the USA there was a 50% drop in maths performance in schools with a higher number of low-income students, while in Belgium a significant reduction in maths and language results in the June 2020 exams was reported.

Arce therefore called for the effect of the pandemic on education in Spain to be «carefully monitored and documented» in the coming years, in a context where the country is starting from a comparatively unfavourable position compared to other developed economies.

However, the lack of professional opportunities has led to more young people continuing their formal education in 2020, unlike the generations of the 1970s and mid-1990s, whose educational development deteriorated due to the real estate boom.