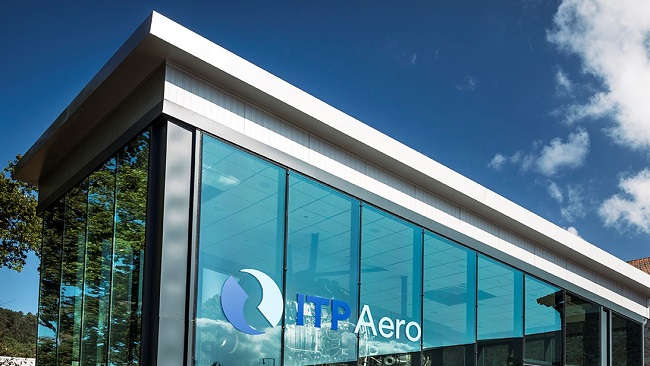 They are partnering with funds Cinven and Bain Capital to compete in a process that is about to conclude. The transaction amounts to €1.6 billion and is of high strategic value.

Two Spanish companies, Aciturri and Sener, in partnership with large investment funds, are going to compete for the Basque engine manufacturer ITP Aero, whose sale process for nearly 1,600 million euros is in its final phase and could be completed this week. One of them will become the solution that guarantees the Spanish ownership of the engine manufacturer, owned by Rolls-Royce until now, and will be in a position to form a new national aeronautics giant. The government must decide whether to veto either of the two proposals before Rolls-Royce makes its final decision.

Aciturri is in a consortium with the investment fund Cinven and the Basque business promotion foundation Arraigo, in which businessmen such as José Poza (MásMóvil), Javier Ormazabal and the Ybarra Careaga family participate. The fund has 68% of the consortium and Arraigo another 12%, but Aciturri, with 20%, will be the key industrial piece that guarantees the Spanish ownership. The company founded and chaired by Ginés Clemente has managed to get the British fund, which bought MásMóvil and is working on the purchase of Burger King España for around 1,000 million euros, to grant it a wide margin for manoeuvre.

If this consortium is successful, Cinven will give Aciturri carte blanche over ITP when, in a few years’ time, it decides to leave the capital. Not only will the decision centre in Spain, employment and strategic programmes be guaranteed, but also Spanish continuity after the departure of the investment fund. After the exit, Aciturri will be able to decide whether to take on a new partner or even to float ITP on the stock exchange.

The other proposal is that of Bain Capital. The American fund presented Rolls-Royce, advised in this process by Goldman Sachs and Lazard, with a proposal without a consortium or a Spanish partner to overcome the government’s reticence. It had sounded out the Spanish investment firm JB, owned by Javier Botín, and Sidenor, but none of the approaches prospered.

However, it has been the Basque government that has found a dance partner. It is Sener, the same company that sold its 53% stake in ITP to Rolls-Royce in 2016 for 720 million euros. Now, the Basque government is putting pressure on the Spanish government so that Bain Capital and Sener take ITP, according to the sources consulted.

The Sendagorta family’s company has appeared in the final part of the process, unlike Aciturri, which has been in the running since the end of last year and which has participated in the three due diligences that, to date, have been carried out on ITP.

The decision is the Government’s, in a process led by Raül Blanco, Secretary General for Industry and SMEs. The Ministry of Industry and the Ministry of Defence are the two bodies now at the forefront of the analysis of this operation. The Sepi also has an influence on the decision, initially because the possibility of its participation in the purchase was sounded out, and now because of the extensive knowledge that its vice-president, Bartolomé Lora, has of ITP, of which he was a director. La Moncloa’s presidential office is not as involved now as it was a few months ago.

Indra, which was on the verge of buying ITP two years ago, is completely disengaged from the operation, in which it did not participate. It was invited by the government under its previous president, Fernando Abril-Martorell, to analyse the purchase, but its content never fitted in with the current aeronautics context. The change of leadership at Indra and the arrival of Marc Murtra as chairman have not changed the company’s position one bit.

Rolls-Royce wants to close the deal before August 5, the day it reports its half-year results. On this premise, it informed the government last week of the status of the bids, with the aim of receiving a response specifying whether it will veto any of the options.

In early June, Cinven and Bain Capital submitted very similar offers to Rolls-Royce and were invited to improve them.