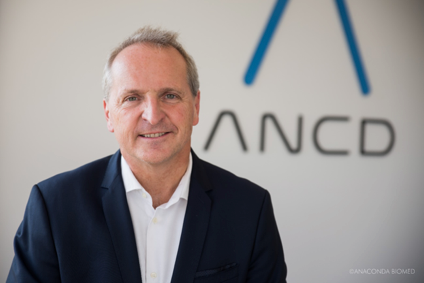 The start-up, owned by Sabadell Asabys and Ysios Capital, is in the clinical phase to demonstrate the efficacy of its medical device for the treatment of ischemic stroke.

Anaconda Biomed has requested a €10 million loan from the European Investment Bank (EIB) to strengthen its R&D. The biotech startup wants to use the funds to finance part of the clinical trial it has underway with the aim of demonstrating the efficacy of its medical device for the treatment of ischemic stroke, sources close to the company said.

If the EIB finally grants the loan, Anaconda will join the long list of companies in the health sciences sector in Catalonia that have received European financing, such as Ferrer, Minoryx Therapeutics, Hipra, Stat-Dx, Almirall and Grifols. The public bank loans are very attractive because they offer more favorable financing conditions than those available on the market, both in terms of repayment periods and interest rates.

Anaconda Biomed is conducting a clinical trial with 125 patients to validate the product with both the European Medicines Agency (EMA) and the U.S. Food & Drug Administration (FDA). The company intended to complete the study by the end of last year, but the Covid pandemic delayed the entire process. In its request to the EIB, Anaconda commits to invest another seven million in addition to the ten million loan to complete the study.

The start-up has developed a mechanical thrombectomy system consisting of a catheter that captures and aspirates the thrombi that cause ischemic stroke. The device is introduced into the artery and is capable of suspending blood flow and capturing the thrombus without leaving any remnants in the patient’s circulation.

Anaconda Biomed was founded in 2015 by Ofir Orad and Marc Ribó. Since its inception, it has raised more than €35 million in funding. Its shareholders include Ysios Capital, Sabadell Asabys, Banco Sabadell, Innogest (Italy) and Omega Funds (Switzerland/USA). The latest financing round closed at the end of 2019 for a total of €20 million.

Worldwide, an estimated 15 million stroke deaths occur annually, according to data from the World Health Organization. The thrombectomy market is estimated at $1.2 billion (€940 million) annually and is expected to grow to $1.6 billion (€1.34 billion) by 2025. In this medical area, the multinationals Medtronic, Johnson & Johnson, Stryker, Penumbra or Terumo stand out.