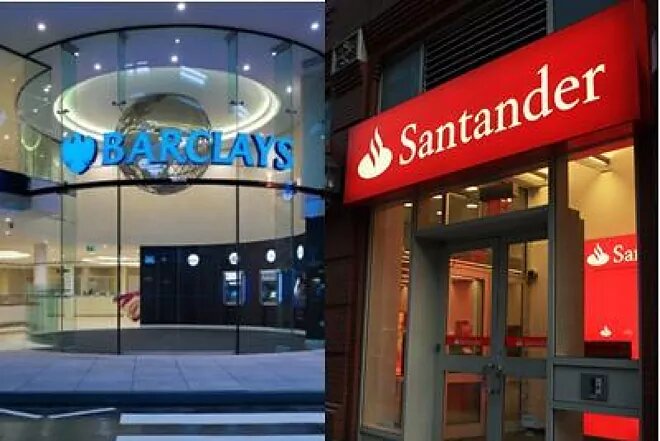 Santander, BBVA, Telefónica, Repsol and Iberdrola, the most active Spanish issuers in 2020.

Santander and BBVA took the trophy last year. The two large Spanish banks were the leaders in the ranking of bond underwriters in Spain, with all types of issuers included, including the sovereign (the Kingdom of Spain) and the autonomous communities. But each entity that goes to market has its own peculiarities and the situation changes when the classification is segmented by the profile of the underwriter.

Companies have a clear preference: Barclays is the investment bank that placed the largest volume of non-financial company bonds in 2020, according to the Bloomberg ranking. Banks opted for Santander, although this entity has the advantage that it is the largest Spanish issuer, far ahead of the rest, and always participates in its own placements, so much of its attribution comes from home.

On the corporate side, Telefónica, Iberdrola, Abertis, Cellnex, Naturgy, Repsol and MásMóvil chose Barclays last year as placement agent for their bonds in senior roles and in many cases not for one, but for all the issues they made. This brought the total to 21 operations and an attributed volume of 2,453 million euros.

BNP Paribas is close, slightly above 2,000 million, with the main Spanish companies as clients and participation in all the hybrid issues in 2020.

In the table of the top 20 corporate bond underwriters last year, Barclays and BNP stand out. And not just because they took the top two places. They are the banks with the highest market share over their rivals and this has catapulted them up the rankings.

Barclays has gained 2.2 percentage points in market share, is close to 8.5% of the Spanish corporate bond market and climbs to first place from fourth. BNP Paribas increased its power by almost 1.8 percentage points to 6.8% of the total, after a rise of three positions in the ranking.

Close to 1,700 million in attributed volume and in third place is Santander, which in this ranking does not have the support of its own issues and has reached the podium based on contracts with Abertis, Cellnex, Naturgy, Repsol, Amadeus, Iberdrola, ACS and Ferrovial, among others.

By number of deals, however, the bank chaired by Ana Botín is second in the ranking, having participated in 28 issues, only behind BNP’s 31 and ahead of Barclays’ 21.

Santander complements its position in the corporate ranking with its leadership as an underwriter of bonds for financial institutions. The first eleven operations that give it this distinction are its own or those of one of its subsidiaries, but Bankinter, Criteria Caixa or Liberbank have also used the services of the entity for their issues. In total, Bloomberg assigns it a total of 25 transactions and an attributed volume of 3,614 million.

Bank of America is second on the list after moving up 11 positions in one year. In 2019 it was not even in the top 10 and now it is hot on the heels of Santander as the top underwriter. It was precisely the Cantabrian bank that was its best client: Bank of America has been underwriter in six of its 2020 issues. In addition to this, it has done deals for BBVA, CaixaBank, Sabadell and Ibercaja.

Another foreign entity is very close behind. This is Deutsche Bank and it also has its own transactions under its belt, such as the sale of 1,000 million euros in covered bonds at the end of last year by the bank’s Spanish subsidiary. But add to that more ammunition. Santander (four times), BBVA (twice) and Sabadell are the other financial clients that have taken the German firm to the placement podium.

On the corporate front, having Telefónica, Repsol and Iberdrola as clients gives them a good chance of topping the ranking: they were the largest issuers in the year just ended, with 4,000, 3,850 and 3,750 million placed in debt, respectively.

But the banks won by a landslide. Above all Santander, which in 2020 sold almost 15,000 million euros through its Spanish banking and consumer finance subsidiaries alone, not counting the rest of its international investees. BBVA also far exceeds the volume of the best corporate issuer, although with a smaller distance. It had almost €6.5 billion of the total issued south of the Pyrenees last year.