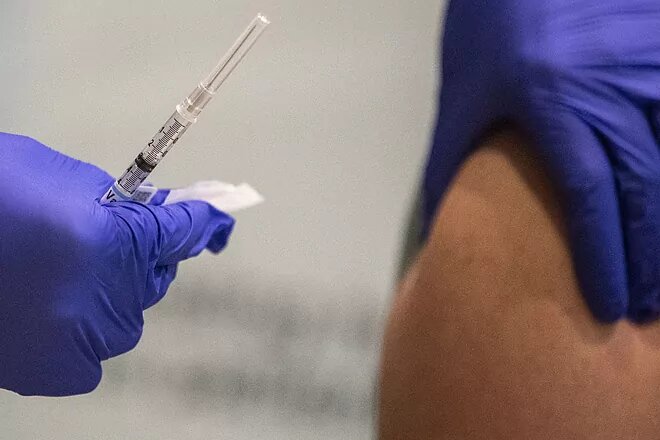 The European Medicines Agency (EMA) on Thursday gave its scientific backing to the vaccine developed by Janssen, a subsidiary of the US pharmaceutical company Johnson & Johnson, considering that it has been proven to be safe, of high quality and effective against covid-19.

The fourth Covid-19 vaccine is approved for use in the EU. The European Medicines Agency (EMA) has authorised the jab from Janssen, a subsidiary of US-based Johnson & Johnson, for use in people over the age of 18, after its analysis concluded that it meets the criteria for efficacy, safety and quality.

Johnson & Johnson’s vaccine thus becomes the fourth to be authorised for use in Europe, after Pfizer-BioNTech, Moderna and AstraZeneca. «With this latest positive opinion, EU authorities will have another option to combat the pandemic,» said EMA executive director Emer Cooke.

The US drug is the first of the licensed vaccines to require only a single dose. In its report, the EMA notes that the vaccine is 67% effective in reducing symptomatic cases of the disease.

It also stresses that the negative effects shown in the study were mostly «medium to moderate» and disappeared within two days after vaccination. The European agency points to tiredness, headache, muscle pain, nausea and pain at the injection site as the most common.

The EMA’s decision now allows the European Commission to grant commercial marketing authorisation, which is expected to happen in the next few hours. The EMA will continue to monitor efficacy and safety as it is used in the EU-27.

In addition to its single-dose use, Janssen’s vaccine also makes it easier to store and transport as it can be stored in standard refrigerators compared to other jabs such as those from Pfizer or Moderna.

The question now is how well Johnson & Johnson will be able to meet its delivery commitments to the EU. Brussels last autumn signed a contract to receive up to 400 million doses, although Reuters reported this week that the lab had already told the EU that supply chain problems will make it difficult to meet the 55 million doses it is due to deliver in the second quarter of the year.

Supply problems have been a regular feature of the delivery rollout among the three drug companies that are currently delivering vaccines to the EU-27, Pfizer/BioNTech, Moderna and AstraZeneca. Most serious were AstraZeneca, which cut the volume of vaccine to be delivered from 100 million to 40 million for the first quarter, causing a severe hole in the supply forecast by Brussels.

The problems with AstraZeneca’s vaccine have worsened in recent hours after Denmark temporarily suspended jabs from the Anglo-Swedish drugmaker after it reported cases of thrombosis in some people who had received the drug. The EMA has said it has launched an investigation.

The European Commission has set a target of vaccinating 70% of the adult population by the end of the summer, but problems with production have put reaching the target in jeopardy. Brussels insists that the target is feasible, but also recognises that it is ambitious. To improve production, the EU executive has set up a working group led by Internal Market Commissioner Thierry Breton to accelerate and increase production at a faster pace.

Following the authorisation of the Janssen drug, the EMA is keeping the CureVac and Novavax vaccines, with which the European Commission has already closed purchase agreements, and also the Russian Sputnik V, which is not part of the needle-stick portfolio created by the EU executive, under continuous review. The ongoing review phase is the step before the drug companies apply to the EMA for marketing authorisation, which is the process that will ultimately determine whether or not they are authorised for use in the EU.