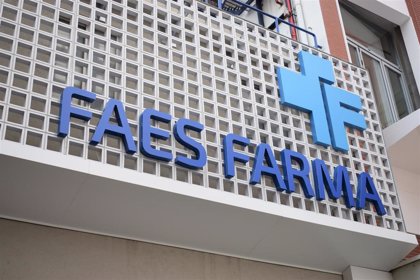 Faes Farma will invest 150 million in a new plant to triple its production.

The pharmaceutical company Faes Farma has announced that it will invest 150 million euros in the construction of a new plant in the Derio Technology Park (Biscay) with the aim of tripling its production and «meeting the expected demand for the coming years». Its shares stand out in the Continuous Market with a 3% increase.

The new facility will occupy an area of over 50,000 square metres and will be built over a period of four years (between 2021 and 2024). Its construction will be financed with own resources and external financing.

Faes Farma highlighted that the plant is close to its current facilities in Leioa (Biscay), which it will «continue to maintain».

The company has assured that the new plant will have the capacity to manufacture «more than 100 million units of medicines» and will provide the group with an «industrial muscle» that will allow it to «fulfil its strategic plan for organic expansion by increasing sales of medicines, both in Spain and, especially, in international markets».

Faes Farma explained that, with an average growth of 13% in copies produced and sold between 2016 and 2020, its capacity is at a «limit» to meet the expected demand until the new plant starts up in 2024, when it expects to «exceed 50 million copies».

The group has stressed that with this investment «it will be able to execute its strategic plan and maintain its growth prospects following the success achieved with bilastina, additionally increasing the new sales forecast for products manufactured at the new plant».

The company has indicated that the planned sales growth will be based on two pillars. On the one hand, in its geographical expansion, with direct marketing of its own products in international markets, especially in Latin America, and in indirect marketing via licences. On the other hand, in the launch of new products from the innovation portfolio, especially in allergy, vitamin D derivatives and digestive, its «three main franchises».

The Science and Technology Park of Biscay was founded in 1985 and currently houses 271 companies in leading sectors such as aeronautics, automotive, electronics, energy, environment, engineering, medicine and biosciences or information technologies.

The Parque Cientifico y Tecnológico de Vizcaya is a public company attached to the Basque Government’s Department of Economic Development and Competitiveness. Its partners are the Society for Competitive Transformation (67.26%), the Provincial Council of Bizkaia (18.02%), Azpiegiturak (11.82%), the University of the Basque Country UPV/EHU (2.62%) and Zamudio Town Council (0.28%).