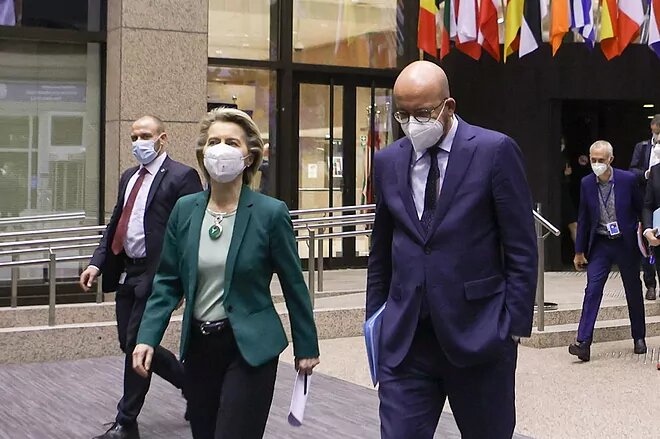 High tension in the EU over the vaccine sharing «bazaar».

Pressure over vaccine shortages is mounting among the 27 EU member states. AstraZeneca’s continued delays in delivering doses are leaving some countries further behind in rolling out their vaccination campaigns, and this is causing tensions in some countries that had relied heavily on the Anglo-Swedish company’s vaccine.

Austria is one of the countries that is raising its voice the loudest about what it sees as an unequal distribution of vaccines and its chancellor, Sebastian Kurz, took advantage of the video conference of the leaders of the 27 to try to put pressure on the distribution of the extra shipment of 10 million doses that Pfizer/BioNTech plans to deliver in the coming weeks and which will make up for AstraZeneca’s shortfall.

However, Kurz was met with a no for an answer. It is true that there are several countries that are lagging behind in vaccination because of AstraZeneca’s problems, such as Bulgaria, Czech Republic, Latvia or Croatia, but Austria is not one of them. And that is what bothers some countries like Germany and the Netherlands who refuse to let it have an extra batch of vaccines.

In addition, in some capitals, Kurz’s approach has not gone down well. A few days ago he even described the system for distributing the vaccines as a «bazaar». The European Commission, which manages the centralised purchase of vaccines for the whole of the EU, proposed that they be distributed according to population criteria, but member states can also decide how many vaccines to buy depending on the laboratory, and those that opted for AstraZeneca’s vaccines, which are much cheaper than those of Moderna or Pfizer, are suffering from the delays.

A paper leaked at yesterday’s European Council showed that Austria is far from being one of the countries furthest behind on vaccination. In fact, its administration rate is 17.8 per 100 people, above the EU-27 average of 16.9.

The temperature of the discussion was rising among leaders as Austria pressed for additional doses and threatened to block any agreement if it did not receive more injections. Diplomatic sources were confident in the run-up to the summit that the meeting would not turn into the committee that is managing the distribution of vaccines among countries. But in the end, fears were realised and the discussion devolved into a fight over extra doses.

With no agreement on the table, the leaders shelved the matter, referring the discussion to the level of the permanent ambassadors (COREPER) who in the coming days will have to decide on the final destination of the extra batch of 10 million doses. In the communiqué issued by the leaders at the end of the summit, they stressed that this distribution will be carried out «in a spirit of solidarity» and Kurz was satisfied with the outcome of the meeting.

The other point of friction between the leaders was the discussion on the tightening of the export control mechanism for vaccines, which the European Commission had presented only a day earlier, something that some delegations did not like either. Although the 27 eventually endorsed it, its introduction does not generate the same enthusiasm in all capitals.

The Netherlands, a major vaccine manufacturing centre, was one of the most sceptical about blocking shipments, fearing it could create an even bigger problem by disrupting the global supply chain. Europe is the world’s largest vaccine manufacturer but many of its components and raw materials come from third countries. Dutch Prime Minister Mark Rutte saw the mechanism as acceptable but expressed his wish that it did not have to be used.

Von der Leyen’s predecessor as head of the European Commission, Jean-Claude Juncker, is also unconvinced by the control, warning in a BBC interview on Thursday that it «could create great damage to the EU’s reputation» and calling for «a step back from the vaccine war».

However, other countries have been outspoken in their support for the mechanism. French President Emmanuel Macron said it was time to «put an end to the EU’s naivety» and bluntly backed «blocking all exports as long as some pharmaceutical companies do not respect their commitments to Europeans».

Von der Leyen, who insisted after the summit that the control is necessary to «guarantee the transparency that was missing» and remarked that companies such as AstraZeneca that are not complying with contracts signed with the EU will not be able to export until they catch up with EU supply.

Since the first vaccines began to be shipped in December last year, some 77 million doses have left the EU for 33 countries, far more than the 62 million that the EU has already administered to its population.

Moreover, the UK is the country that has received the most injections manufactured in the EU, with 21 million, confirming the EU’s misgivings about shipments across the Channel, from where no vaccine has yet arrived. Given these data, Brussels wants «reciprocity and proportionality» with the mechanism. In other words, it keeps the possibility of vetoing shipments to countries that, like the UK, are not sharing the vaccines they are producing and also have higher vaccination rates.

The EU wants the tightening of export controls to be a warning and an incentive for the UK to open up to sharing the doses that AstraZeneca is manufacturing on British soil. For the time being, hours after his announcement, Brussels and London announced that they were negotiating to find a «win-win» solution. After the summit, Rutte was cautiously optimistic about the deal.

And amid the vaccine mess, the EU is still lagging behind on vaccination, although Brussels is confident that it will take off in earnest in April. The EU bloc will have received 88 million vaccines by the end of this week, of which 62 million have already been administered. The number of people who have already received the two doses is 18.2 million people, just 4.1% of the total EU population, far short of the target of 70% of the adult population by the end of the summer.

For the second quarter of the year, the latest estimates from Brussels point to a delivery commitment of 360 million doses, of which 200 would come from Pfizer, 35 from Moderna and 70 from AstraZeneca, which again expects to deliver far fewer doses than the 180 initially announced. In addition, injections from Johnson & Johnson will start arriving, which unlike the previous three only require a single jab. The EU expects 55 million of this single-dose vaccine to arrive by July.