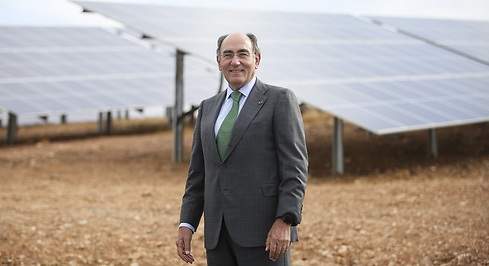 Iberdrola joins forces with Danone in a multi-million dollar deal.

Iberdrola and Danone have joined forces with a long-term Power Purchase Agreement (PPA), under which the electricity company will supply electricity to the food company under a multi-million dollar contract for a decade.

Power Purchase Agreement (PPA), under which the electricity company will supply electricity to the food company under a multi-million dollar contract for a decade.

The agreement between the two companies stipulates that Iberdrola will supply clean energy to Danone’s 29 supply points in Spain for a period of 10 years, starting in April 2022. The volume of energy supplied under this PPA will reach 73 gigawatt hours per year (GWh/year). Danone will supplement its consumption with another annual green energy contract with Iberdrola to 104 GWh/year.

The 100% renewable electricity supplied will come from the Francisco Pizarro project, the largest photovoltaic plant currently planned in Europe, with a capacity of 590 MW. Iberdrola is building it between the Extremaduran municipalities of Torrecillas de la Tiesa and Aldeacentenera, in Cáceres. Operational in 2022, it will prevent the emission into the atmosphere of more than 245,000 tonnes of CO2 per year, reinforcing the competitiveness of this technology for the protection of the environment and the mitigation of global warming.

Its construction will contribute to the generation of employment with up to 1,200 professionals at peak times of its execution.

The project represents an investment of more than 300 million euros. The PPA supply contract should cover that amount plus a margin, so that 300 million euros is the figure considered basic to value the contract with Danone.

Francisco Pizarro is part of Iberdrola’s ambitious investment strategy in renewable energy generation projects in Spain, as well as its commitment to bilateral contracts, as a way to promote the supply of energy at competitive and stable prices among large customers, committed to sustainable consumption.

«Through PPAs, many opportunities are opening up for the development of renewable projects that are transforming the present and future of energy in our country and contributing to economic recovery. Long-term power purchase agreements bring stability to investments and have become an optimal tool for managing the electricity supply of large consumers committed to clean and sustainable consumption. These agreements demonstrate the competitiveness of renewables and their ability to supply energy at affordable and stable prices,» explains Ángeles Santamaría, CEO of Iberdrola Spain.

This alliance will contribute to achieving Danone’s sustainability commitments. Since 2007, the company has been striving to reduce its carbon footprint in its direct area of responsibility, achieving a 50% reduction since then, and is working on its emissions reduction strategy around five objectives: to reduce overall emissions from the company’s activity by 50% by 2030, to promote carbon positive solutions, to eliminate deforestation in our supply chain by 2020, to develop resilience in our food and water cycle, and to offer solutions for healthier and more sustainable food.

Recently, the Danone Waters division has announced that it aims to achieve zero emissions by 2025. To achieve this ambitious goal, it will carry out measurement, reduction and offset projects.