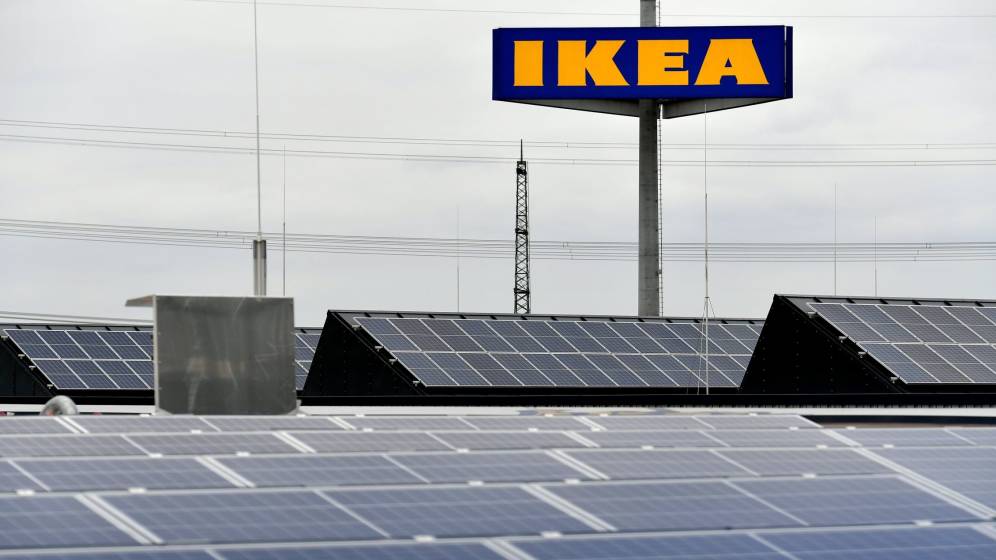 The Swedish company delayed entry into this business due to the pandemic, but the company confirms that it will launch Home Solar during the coming year.

The Swedish company Ikea will enter a new business in Spain in the coming months, the sale of solar panels at reduced prices. The company had plans to enter this market in 2020, but the coronavirus changed everything. Now, months later, it is clear when it will take the step. It will be possible to order and ask operators from the Nordic firm to install them in 2021. The new service will be called Home Solar and is already active in eight countries.

«We want most people to be able to be self-sufficient in energy. To this end, over the next year, we will launch Home Solar in Spain, a service for self-consumption in the home through the installation of solar panels on roofs,» company sources explain. «Solar energy, for example, helps people with their energy needs and is a line of business with a positive impact on the planet».

According to the company’s website, the idea is for Home Solar to be a cheaper product than the alternatives currently on the market. «Until now, the most sustainable alternatives have been expensive and complicated», which means that «they end up being exclusive to large-scale projects».
As the company has commented on numerous occasions, its plan is that by the year 2025, Solar Home will have reached 100% of the markets where the company is present today. Currently, Ikea is in 49 countries around the world.

But, returning to Spain, other brands such as Leroy Merlin or MediaMarkt have already launched their own line of solar panels. They can currently be found on their websites. Now, these two companies will have to compete with the Swedish home decoration giant.

From Ikea, on the other hand, they point out that they began to use this type of energy in their own shops from a time to this. For the moment, they have 44,000 panels in 10 of their shops and want to add another 11,580 with new facilities in Seville, Alcorcón, Valencia and Sabadell.
«Currently, 87.43% of the energy consumed by Ikea in Spain is renewable and energy consumption has been reduced by 35%,» explain company sources. «We have set ourselves the goal that by 2025, 100% of the electricity we consume in our shops will be renewable».

During its financial year (from 1 September 2019 to 31 August 2020), Ikea had a turnover of more than 39,600 million euros, down 4.1% from last year. This is in spite of the pandemic, which forced its shops to close for several months in many of its markets.