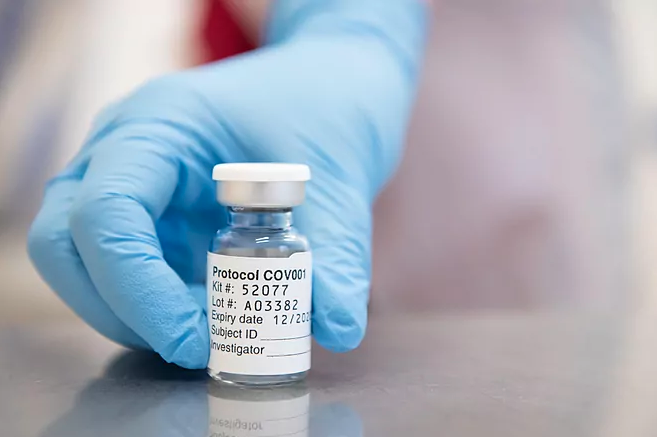 Markets are hesitant about Oxford and AstraZeneca vaccine data.

Discrepancies over the methodology of the AstraZeneca and Oxford vaccine clinical trials have led to further uncertainty about the certainty of the results.

Concern about the results of the Oxford and AstraZeneca vaccine clinical trial, one of the most promising in the race against coronavirus, is increasing because of the treatment that the pharmaceutical company and the University of Oxford are making of the preprint data – preliminary results, not yet published in a scientific journal and not peer-reviewed (subject to community scrutiny of scientific relevance), which has already become commonplace in the pharmaceutical industry in the SARS-Cov-2 vaccine race given the shortening of the research phases to achieve a viable vaccine as soon as possible.

But if the race for vaccines is teaching the pharmaceutical industry anything, it is that hurrying is not good advice. Even when all safety standards are met, the rush to publish results sometimes leads to misunderstandings.

The first results of this vaccine, which showed an efficacy of over 70% when combining the results of the cohorts in two different dosing regimens, have been considered a success, although the University of Oxford has since acknowledged a mistake that forced the study to change the dosing regimens after the first data were published in The Lancet, according to the Financial Times today.

One group of participants received two identical doses one month apart, while the other group received half a dose and then a full dose. The efficacy for the first larger group was 62 per cent. In the second subgroup, it was 90%.

The error is that the group that was given the half-dose had fewer participants than the group that received two full doses, so it has been speculated that the increased effectiveness could have been due to the luck factor.

The researchers looked at how subgroup 1, with 2,741 participants, was operating with half a dose and one month later with a full dose, compared with subgroup 2, with 8. 895 participants, who received two full doses one month apart: in the first case the effectiveness was 90%, while in the second case the effectiveness was around 62%, giving an average of 70% (70.4%, to be precise, an average effectiveness that is nevertheless within the best possible scenarios foreseen in the vaccine portfolio at this stage of research).

Moncef Slaoui, head of Operation Warp Speed, the US federal government’s funding programme for vaccine development, revealed the day before yesterday that the second subgroup was also limited to people aged 55 or under, an age group with a lower risk of developing the most severe variant of Covid-19, according to the Financial Times, a fact that Oxford and AstraZeneca had not made public on Monday when the results were published.

Saad Omer, a vaccine specialist at Yale Medical School, told FT that the group with a 90% efficacy rate was relatively small and these results may not be sustained when more people receive this dosing regimen.

«A number of variables have yet to be analysed that may influence the results,» Slaoui said. «The random component has to be ruled out – a statement that has had an immediate impact on the company’s share price: AstraZeneca’s London-listed shares have lost more than 6% since Monday.

One of the lead Oxford researchers, Adrian Hill, told CNN that «it would probably take weeks and months» to understand and verify why the lower dose produced much better results. «We have a number of hypotheses about how this might work and are investigating them.