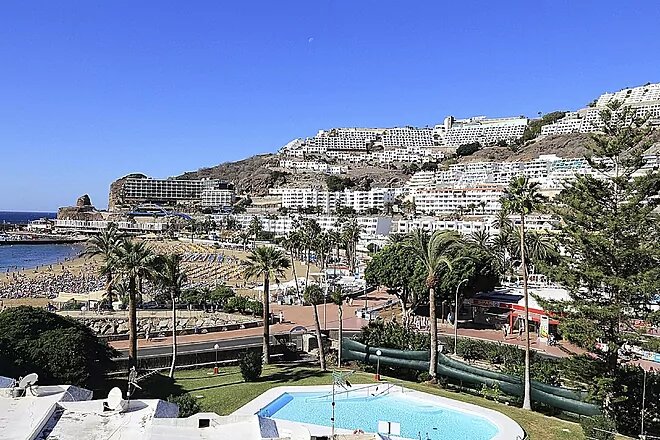 Offensive by Meliá, NH and Riu in search of local tourism.

Barceló, Hotusa, Vincci, B&B and Marriott are also launching campaigns to encourage local travel, given the current restrictions, and to make hotels operational until the summer profitable.

The lack of international tourists, together with the restrictions on mobility between communities in the run-up to Easter, is tying the hands of the hotel chains, which are looking to encourage local tourism as the only way to keep their hotels open until the summer season.

Although Germany has given the sector some breathing space by lifting its veto on the Balearic Islands and removing the islands, along with five other regions in Spain, from the list of areas at risk from Covid, tourism is still at a minimum due to the pandemic and there is no sign of recovery until the summer. For this reason, hoteliers are resorting to promotions and discounts and experiential offers to make their establishments profitable and make it viable to keep them operating in the coming months, even if occupancies are low.

In this line, Eurostars Hotels, a chain of the Hotusa Group, has launched the campaign Come to dinner and we invite you to sleep in several of its hotels such as the Eurostars Madrid Tower, the Grand Marina in Barcelona or the Torre Sevilla. An initiative that aims to attract local tourism with two attractions: gastronomy and accommodation with prices from 120 euros, in the case of Barcelona, and 150 euros in Madrid and Seville.

Alliances with platforms
Spanish chains such as Meliá, Room Mate, Vincci and Iberostar have signed up to the formula of the Mallorcan start-up Hotelbreak, which has launched a solution that allows you to enjoy the facilities of a five- or four-star hotel without sleeping in it.

The platform, created in Palma de Mallorca in 2019, has 217 associated hotels in Spain (Balearic Islands, Andalusia, Madrid, Canary Islands and Catalonia), France (Paris), Portugal (Lisbon) and Italy (Tuscany). Hotelbreak stresses that this new trend, fuelled by the pandemic, allows hoteliers to take advantage of the facilities in the absence of tourists and local customers to enjoy breakfasts, meals, spa or sports activities.

NH reveals that it will base its Easter campaign on local and last-minute tourism. «Go to a local hotel, discover your city and break the routine», they explain.

NH offers discounts of up to 25% on stays until the end of June 2021, the ability to modify or cancel the reservation up to 48 hours before arrival and complete the trip with activities, excursions or guided tours. In addition, NH hotels offer different specialised packages for city breaks.

The chain, like Silken Hotels, has teamed up with Civitatis to give its customers access to the guided tours of the excursion provider with nearly 2,400 activities in the main national destinations.

In view of the current mobility restrictions, B&B offers its customers 10% discounts on accommodation and breakfasts so that they can rediscover «every corner of their city, province or autonomous community».

RIU has launched actions and offers aimed at the local customer. «In the Canary Islands we have six hotels open with a good forecast for Easter, especially with the local client, that is, from Tenerife in the hotels of Adeje and Las Palmas and surroundings, in the case of Gran Canarias», they indicate.

Meliá is offering discounts of up to 35% for bookings between 2 March and 11 April and valid until 2 May with 100% free cancellations, without cost or penalty.

Given the perimeter restrictions of Easter Week and the San José long weekend, Barceló does not have any active campaigns at the moment, but will launch the promotion Escapadas con denominación de origen after the holidays to encourage local tourism.

Vincci offers accommodation from 55 euros in the chain’s four-star hotels and from 83 euros in the five-star hotels with the option of hiring gastronomic menus, romantic experiences or those designed for families.

Marriott also has special offers for residents in some of its hotels such as the María Cristina in the Basque Country, the Alfonso XIII for Andalusians or the Sheraton La Caleta for residents in the Canary Islands.

These solutions are in addition to those launched in recent months to convert hotels into offices with rooms for teleworking or coworking in common areas.

Delayed openings
Despite their efforts to maintain activity, hoteliers recognise that Easter is lost and doubt the capacity of the region’s own clientele to fill the hotels. The general manager of Vincci Hoteles, Carlos Calero, assures that the chain had planned to open more hotels for Easter. «Today it is impossible. This has been a cold shower for our staff who had hoped to be able to rejoin after a year,» he says.

NH does not expect «great news» for Easter and warns that the priority should be to find «the best context for a good de-escalation in the summer».

Barceló, with half of its 64 establishments open in Spain, is considering reopening a few more hotels for Easter. «In the next few days we will decide whether to go ahead or postpone their reopening,» they add.

Barceló believes that the important thing now is to reduce the number of infections and increase vaccinations in order to reach May with acceptable levels of immunity and not lose the summer season.

With 35 hotels open in Spain, Meliá recognises that «if demand is confined, there is little that can be done to stimulate it». «Meliá’s promotional activities are focused on holidays, except for short-term openings of urban hotels in April and May».

The chain points out that, although they respect the agreements of the Administrations to prevent what «is not in their hands», better management of de-escalation is needed. «We call for better inter-territorial coordination, and also with our main tourist destinations, as well as direct and indirect aid to companies to alleviate the damage caused by the period of forced closure or semi-closure,» they add.