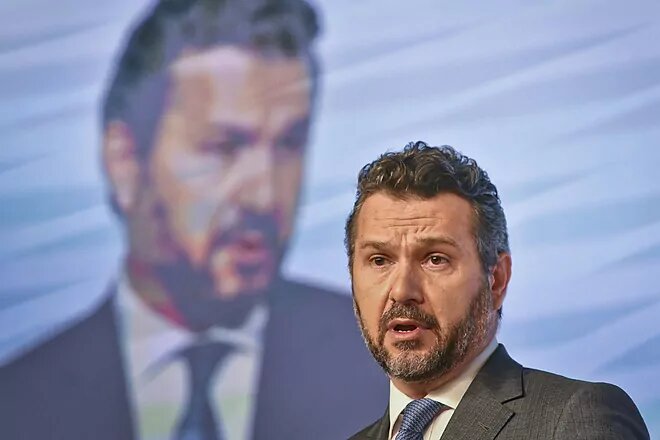 Investors ask the CNMV for help to be able to launch Spacs in Spain.

A legal stumbling block is making it difficult for the international IPO boom to reach the Spanish stock exchange.

Bankers and lawyers specialising in corporate operations fear that Spain will miss out on the flood of IPOs of companies with special acquisition purposes (Spacs) that is taking place in the United States and other European capitals, losing an opportunity to boost the ailing Madrid stock exchange.

Investors and managers such as Martín Varsavsky and Eduardo Montes have flocked to New York to launch Spacs, which are empty shells with no assets that use the proceeds of their IPOs to seek a major merger or acquisition. Market sources indicate that there are other Spanish entrepreneurs looking at Amsterdam as a place to create their investment vehicle, rather than Madrid.

Financial and legal advisors to these types of companies indicate that they have identified a regulatory hurdle to replicating the Spacs structure in Spain, and are talking to the National Securities Market Commission (CNMV) to find a solution.

The problem arises from Spanish law’s restrictions on share buybacks in listed companies, which are limited to a maximum of 10% of capital and must be executed at a market price.

One of the key features of how Spacs work is that, when a merger opportunity is found, investors have the option to jump ship if they do not like what is proposed. In this case, the company must buy back their shares at the IPO price, thus recovering their money.

This would clash with Spanish regulations if, for example, 25% of the capital requests the buyback, and the share price at that moment is far away from the IPO price.

To resolve this dilemma, market sources point to two possible solutions. The first is to change the law that regulates the right of separation of shareholders in companies, modifying the article that requires the exit to be made at the average price of the last quarter. This solution seems very cumbersome, as it would have to go through the Government and Parliament.

The other option is to take advantage of transactions covered by existing legislation. Experts point out that Spanish Spacs – in the aforementioned scenario of investors asking for a return – could launch a takeover bid for their own capital. Such a takeover bid was once made by groups such as Abertis and Duro Felguera.

Here, the stumbling block is that takeover bids in Spain must be made at «an equitable price» in the opinion of the CNMV, so the amount should not be far from the share price. But there are lawyers who point out that «the Spac IPO prospectus should clearly state that, in these circumstances, a buy-back bid would be made to shareholders who want to exit at the same price as the placement. This would give the CNMV cover to allow such an offer».

Sources close to the market supervisor point out that «there are many queries from law firms due to doubts about the possible legal framework for the Spacs. The CNMV considers that current stock market legislation would allow these companies to go public in Spain, but we are awaiting the presentation of a specific project to facilitate its processing».

According to Gabriel Núñez, Securities Partner at Uría Menéndez, «in Spain, with the current regulations, it is possible to replicate the US model of Spacs. We have a sophisticated regulator willing to help and with experience gained in the listing of cash boxes [cash shells] to create socimis, which can serve as a platform».

Pedro Fernández, corporate law partner at Pérez-Llorca, is also confident of a solution. «The structure of the Spacs should fit in with Spanish capital market regulations, maintaining the traditional investor exit protection that we have seen in other countries. There have been precedents of Spanish companies going public to raise money for investment – such as Dinamia or the Socimis years ago – and in other European stock exchanges with similar legislation, some Spacs have already made their debut. The key to launching them will be to work out all the details with the different participants in these operations (managers, financial institutions, etc.) and in particular with the CNMV, when the first Spanish promoter takes the step».

The view is similar from the merchant banks. «In Spain, we see a predisposition to allow the IPO of Spacs, although they require some adaptation of our regulatory framework to make it similar to that of other jurisdictions and make it attractive to Spac investors,» says Pedro Sansó, head of mergers and acquisitions at Citi.