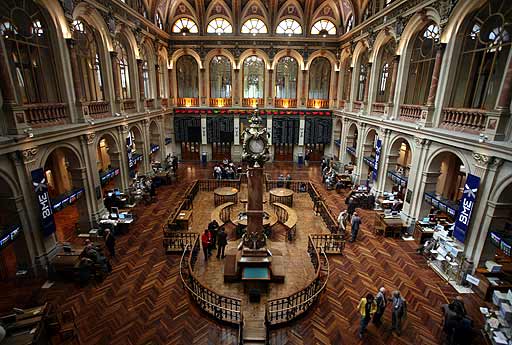 One third of the Spanish stock market has already recovered its pre-Covid share price.

32% of Continuous Market companies have already beaten the level of 19 February 2020.
In the Ibex 35, the percentage that has achieved this falls to 26%.
Solaria, PharmaMar and Siemens Gamesa are the companies that have rebounded the most.

No one imagined that on that Thursday a decline would begin that would lead the benchmark index to drop 39% in less than a month (18 trading sessions). The most brutal plunge in a single session was on 12 March, when it fell 14.1%; but investors will not forget 9 and 16 March 2020, when it experienced falls of close to 8%.

Today, after having gained 5.9% last week (on Monday its share price barely rose 0.05%), the Ibex now stands at 8,219 points, which leaves it 23% away from its pre-crash levels (those 10,083.60 points). From the point of view of technical analysis, the ideal time to buy more stocks has not yet arrived: falls are still possible, and these would offer a great opportunity.

Among the 35 members of the Ibex, a quarter – 9 stocks – are already trading above their 19 February 2020 prices. The rest of the index is below (in some cases well below) these levels. In the Continuous Index, the percentage exceeds 32%: 38 out of 118 stocks are unscathed, and in many cases stronger, from Covid.

The fever for sustainability and renewable energies has a lot to do with this. Among the nine companies that have done best in the Ibex are Solaria, Siemens Gamesa and Acciona, while Iberdrola is just 1.5% below its pre-Covid price. In addition to the aforementioned companies, Grenergy and Solarpack are also among the best performers on the Continuo, having risen 121% and 52%, respectively, in the last 12 months on the stock market.

It should not be forgotten that renewables will be one of the driving forces to emerge from this crisis. The European Commission has strongly recommended that countries allocate aid from the recovery fund to boost the ecological and digital transitions, and the Spanish government has already confirmed that the former will account for 37% of the money received.

With this tailwind, Solaria, an operator of photovoltaic plants, is the Ibex stock that has risen the most: it has risen 145.7% since 19 February last year. It has been a bumpy ride: the company – which in October made the jump to the index – started 2021 with a 31% rise on the stock market (up to 7 January). It then plummeted 33% until 27 January (after Goldman Sachs changed its recommendation from buy to hold for a stock that was the most bullish on the Ibex in 2020, soaring 250%). Solaria, which presented its results yesterday, earned 30.4 million euros, up 27%, last year.

In second place is another newcomer to the Ibex, PharmaMar, which has been part of the index since September. Its shares soared 131% in less than a year. It was the third most bullish in 2020, and 2021 could not have started better: it is already up 66.2%, boosted by the publication of the first conclusions on the efficacy of its drug Aplidin in reducing the viral load of SARS-CoV-2. The drug is awaiting approval by the health authorities.

The third most bullish stock is Siemens Gamesa, which was the second most bullish stock on the Ibex in 2020. The wind turbine manufacturer is one of the few examples in Europe of companies that soar on the stock market even without generating net profit. Its goal is to achieve a 50% share of the global offshore windmill market, according to firms such as JP Morgan and Citi. In 2019, its share already reached 40%.

Looking at the ‘cycle

Two steel companies, ArcelorMittal and Acerinox, are among the best in this first calendar year of Covid-19. The shares of both companies celebrated strongly the good news about Pfizer’s vaccine at the beginning of November, which caused investors to turn their attention to cyclical stocks. While waiting for both to publish their results, JP Morgan’s experts, in a report dated 2 February, give an overweight to ArcelorMittal, highlighting the significant discount at which it trades (its 2021 profit is paid with a PER or earnings multiplier of only 7 times, the lowest ratio on the Ibex). For Acerinox, the Renta 4 analysts, who also give it an overweight, expect «good fourth quarter results, above the company’s guidance (…) thanks to a better performance than initially expected in both the US and Europe».

CIE Automotive was one of the nine Ibex companies that managed to save 2020 on the stock market, and after gaining 5.9% this year, it is still above its pre-crash price. Nor has the pandemic robbed the vehicle components manufacturer of the buy recommendation it has been receiving for the past two years from the market consensus, which FactSet gathers.