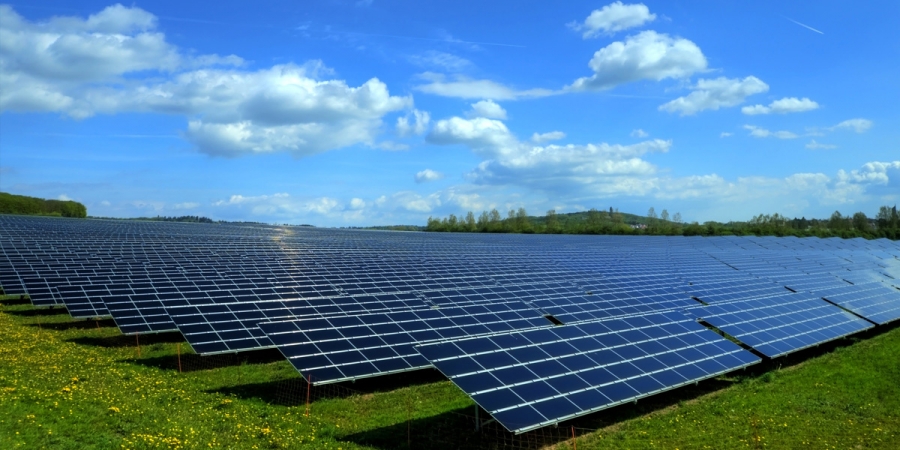 The solar boom is driving up the prices of rural properties in Spain.

The massive deployment of photovoltaic installations multiplies by up to four times the rent of a hectare in the countryside, especially those closest to transmission lines.

From empty Spain to golden Spain. And all this in just two years. This would be one of the conclusions that a real estate analyst would draw just by looking at what is happening to the prices of rural properties in Spain.

Where once there was wasteland that was not even suitable for fallow land, now it is priced as if it were a commercial urban area. If they are also close to an easily accessible Red Eléctrica (REE) connection node, the price multiplies even more.

This is the other side of the coin of the photovoltaic boom that is taking place in Spain. Prices per hectare in the countryside, where it is easiest to install these installations, have shot up to stratospheric limits, multiplying by three or even four times, especially in the last few months, when the government changed the regulation to allow the massive deployment of photovoltaic plants.

In just 24 months, the annual rental price per hectare of land, especially in the sunniest regions, has risen from an average of just 600 euros to more than 2,000 or 2,100 euros. Purchase prices – although less common – have also shot up in the same way to more than 35,000 euros per hectare.

In practice, one would now be paying as much or more to rent or buy land for photovoltaic installations than for olive trees, one of the most expensive crops. Speculation is doing the rest. The sector explains that companies, or «market agents», so to speak, have emerged that specialise in pre-letting land and then re-letting it at higher prices to photovoltaic developers. They are hoarding the best sites in order to make money on resale. Their operation is based on looking for the farms closest to Red Eléctrica’s power transmission lines. This is the company that manages the high and medium voltage networks in Spain. These grids are used by all renewable energy installations to evacuate the electricity they produce.

Red Eléctrica’s grids and their substations are easily identifiable at a glance or by consulting the structure of the company’s facilities on its website. The company itself, in an exercise of transparency, provides all the details of its facilities online.

It even updates which of these installations are expandable and which are not, depending on the demand for photovoltaic and other renewable energy sources. For example, last week there were 27 400 kilovolt substations available in as many locations across the peninsula, as explained by Red Eléctrica on its website, citing which towns or municipalities they were in. Some sectoral associations, such as Unef, have begun to warn that real estate speculation on the farms could cause scares in the future. All kinds of companies are positioning themselves in the market, some of them of dubious solvency or continuity. They can cause serious problems for the owners of the properties if they are not able to meet the payments that are included in the clauses of the contracts, which are normally very long term. Leases for photovoltaic plants are signed on average for at least 15 to 20 years.

These are very large contracts because they involve thousands of square metres (see attached information). Although it can vary depending on the installation, it is generally considered in the sector that the deployment of one megawatt of photovoltaic plant requires an average of two hectares, i.e. 20,000 square metres.

This is the equivalent of almost three football pitches. According to the latest data from Red Eléctrica, there are currently 10,200 megawatts of photovoltaic plants in Spain. In other words, they would be occupying around 204 million square metres. This would be a tenth of the province of Badajoz, the largest in Spain in terms of area.

A Guipúzcoa is needed

If only the 97,000 megawatts that have been given permission to access Red Eléctrica’s grid were to be installed, 194,000 hectares of land would be needed. In other words, 1.94 billion square metres. A province such as Guipúzcoa – the smallest on the Iberian Peninsula – would practically have to be left vacant to install photovoltaic plants over the next decade or decade and a half.