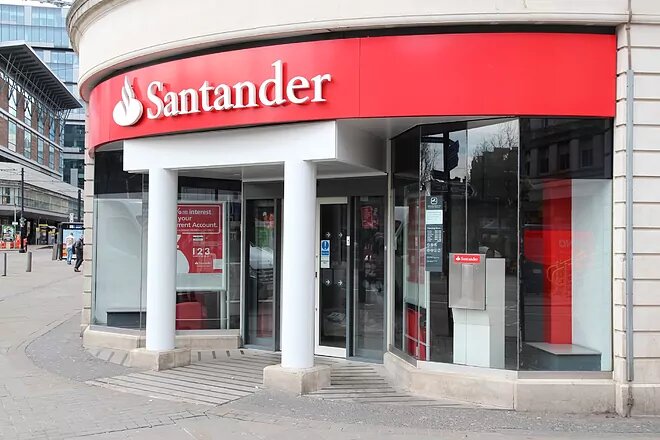 The subsidiary moves its headquarters, reorganises its corporate centres, sends 5,000 employees home and adjusts another 600 jobs and 111 offices.

Santander is beginning to specify the adjustments it will make in the UK. After making public in recent months its restructuring plans in Spain, Poland and Portugal, the British subsidiary today announced the measures it will take to reduce costs, as part of the plan launched by the group at the end of last year to reduce its expenses in Europe by 1,000 million euros over two years.

In an environment marked by the pandemic, which has accelerated the development of digital banking and teleworking, Santander UK has announced a new plan to cut staff and network, along with a reorganisation of its corporate centres aimed at reducing costs.

The UK subsidiary is preparing to close 111 branches. This represents approximately 20% of its network in the country, which now totals 564 branches (it would be concentrated in around 450 branches). At the same time, 800 jobs will be cut, although 200 workers will be relocated, bringing the net reduction in the workforce to 600. The process, which will begin in August, is in addition to the 20% network adjustment plan that Santander UK launched two years ago and which has yet to be completed.

The structural adjustment is part of a more ambitious plan to reorganise all corporate centres in the country to introduce a «more flexible» working model.

Milton Keynes, north-east of London, where the bank is investing £150m in a new campus, will become the bank’s UK headquarters, alongside offices in Belfast, Bradford, Glasgow and Sheffield, as well as London.

Santander will close offices in Bootle, Newcastle, London Portman House and Manchester Deansgate by the end of 2021. It will also reduce its structure in London Triton Square, London Ludgate Hill, Leicester Carlton Park and Teesside.

At the same time, new working arrangements will be offered to 5,000 employees affected by the closure or consolidation of offices and corporate centres, giving them the opportunity to work from home or in new spaces designed to enable shared working. Santander UK currently employs almost 23,000 people.

Santander UK is adapting to the growth of online banking, which has accelerated even more since the outbreak of the pandemic, to the detriment of face-to-face transactions. Even in the two years before the coronavirus crisis, the bank recorded a 33% fall in physical transactions in branches. This is a widespread trend in the industry globally, not just in the UK.

Nathan Bostock, chief executive of Santander UK, explained that «the pandemic has accelerated the existing trend towards more flexible working, and our colleagues have told us that this has brought significant benefits for many of them. At the same time, physical space remains very important and our UK offices will provide our clients with first-class facilities fit for the future. Earlier today, Nationwide also approached 13,000 employees about this new working relationship and other banks such as Lloyds also announced a plan along these lines at the end of February.

During the pandemic, 85% of Santander’s branch staff have been working from home, with new technology allowing more functions to be carried out remotely for the first time, including call centres and video calls.