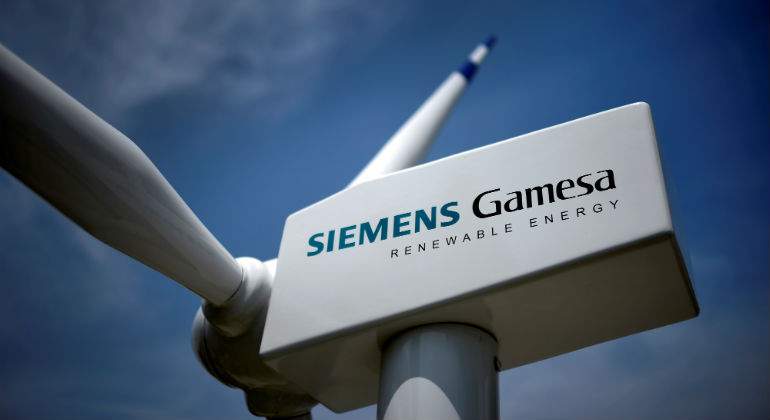 Siemens Gamesa sells 2.3 billion and returns to positive margins in its first quarter.

Gross margin of 121 million before restructuring costs.
Order bookings halved to 2.3 billion
The company confirms its expectations for the current year 2021

Siemens Gamesa Renewable Energy (SGRE) had a turnover of €2.3 billion in its first fiscal quarter of 2021, with a gross margin of 5.3%, which translates to €121 million, compared to a loss of €136 million in the same period of 2020. The company confirms its expectations for the year as a whole.

SGRE has halved its order book to 2.3 billion, down from 4.6 billion in the same quarter of 2020. The figure reflects, in its view, the volatile nature of the onshore wind market, and a strong contribution in orders for wind turbines and services in the first quarter of the 2020 financial year.

No orders for offshore wind turbines or related services were booked in the first quarter, although they are expected in the coming months.

Group revenues amounted to 2.3 billion, up 15% year-on-year, helped by strong growth in offshore and negatively impacted by currency devaluation.

EBIT pre-PPA and before integration and restructuring costs amounted to 121 million, compared to a loss of -136 million in the first quarter of FY2020, equivalent to a margin of 5.3% on sales, benefiting from one-off positive impacts in that quarter.

As a result of this preliminary performance, the Company confirms and maintains its guidance for the financial year 2021 as announced on 5 November 2020.

During the first two years of the business plan, the company led by Andreas Nauen expects an investment-to-sales ratio of around 6%, a sales range of 10.2 to 11.2 billion and growth above market growth until 2023.

EBIT margin pre PPA and before integration and restructuring costs should be between 3% and 5% in 2021, with normalised profitability of 8% to 10% in 2023.

Expected integration and restructuring costs amount to 500 million over the whole period, and should be around 300 million in 2021.