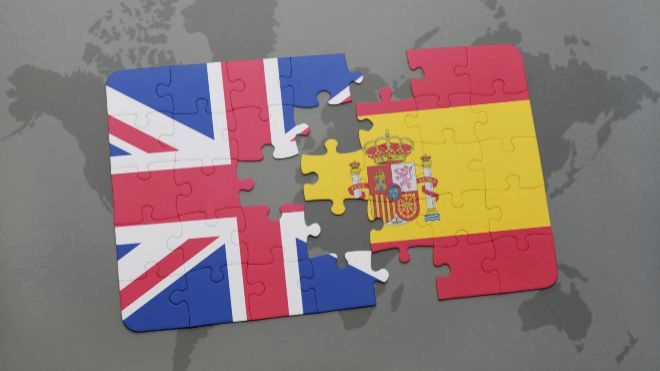 Spain and the United Kingdom put 200 billion euros at stake with the Brexit.

Spain is one of the EU countries most affected if there is hard Brexit. Telefónica, Iberdrola, BP, Rolls Royce and other groups are playing for billions, as is tourism, Spain’s biggest business with the United Kingdom.

Spain is one of the European countries that is most at risk from Brexit, the United Kingdom’s exit from the EU. In total, there is nearly 200 billion euros of business between the two countries that could be affected in one way or another.

Spain and the United Kingdom are not only each other’s biggest recipients of investment, only behind the United States. Furthermore, thanks to sectors such as the automotive and tourism sectors, Spain is one of the leading exporters and importers of goods and services to and from the United Kingdom.

This is clear from the reports published in recent weeks by organisations such as the Spanish Chamber of Commerce in London and its equivalent, the British Chamber of Commerce in Madrid. In addition, a specific analysis committee set up by the British Parliament to analyse the consequences of the Brexit, has also just published a report detailing how much the UK is playing for the EU, and also highlighting the Spanish case for tourism.

Despite the economic effects of the Covid, business investment between the United Kingdom and Spain remains in excellent health. Many consider it to be at its highest peak.

In total, investment in both directions is at an all-time high, totalling almost 141 billion euros. The challenge now is to keep up the momentum when, from 31 December, the United Kingdom’s definitive exit from the EU (Brexit) takes place.

During the first half of the year, the United Kingdom remained the second largest investor in Spain, with 1,004 million euros. Although it is true that 44% of British companies plan to reduce their investments in Spain this year, 45% expect to maintain them in 2021. The Barometers have been prepared by Analistas Financieros Internacionales (Afi).

In 2018, the last year for which the stock of direct foreign investment in Spain has been calculated, the United Kingdom was the second most important investor for the fourth consecutive time, continuing the uninterrupted growth of this stock since 2013 and placing it at the record figure of 63,225 million euros, which represents 14% of the total. It was only exceeded by the United States (17%) and was well ahead of France (12%), Germany (10%) and Italy (9%).

The United Kingdom is the largest investment destination for Spanish companies, only behind the United States. Investment in both directions affects groups such as Telefónica, Vodafone, Repsol, BP, Shell, British Airways, Iberia, Rolls Royce, Santander, Sabadell, Cellnex, Ferrovial and Aena, among many others.

Half, with the EU

On exports and imports, the British Parliament’s report notes that the EU is the UK’s main channel for international trade. It accounts for 47% of total trade. Exports account for 43% and imports for 52%. In total, there is about ?728 billion at stake.

The worst thing for Spain is not the overall figure, which in itself is a drama if put at risk, but the fact that the Spanish market has a positive foreign trade balance towards the United Kingdom. That is, it exports more than it imports. In fact, it is the second EU country that trades with the United Kingdom with the most favourable balance.

With a trade surplus of around 13 billion, it is only behind Germany. The most important aspect of this figure is that about half of it is for services, mainly tourism. In services, Spain is the country that leads the UK’s trade deficit ranking, because it buys more services from Spain than vice versa.

It is precisely in services that we find the great trade battle of the 21st century, more than trade in goods. The UK Parliamentary report notes that «Spain is the largest source of UK travel service imports, accounting for just under a third of UK imports from the EU in this segment».

In addition, the agriculture ministers of the 27 will meet from today until Wednesday in Brussels for another decisive Council meeting for the agri-food sector, as it will involve negotiating the fishing quotas for 2021 under the threat of a Brexit without an agreement on the table. The EU shares nearly 100 fish species with the United Kingdom, and with the UK’s departure from the EU, the fishing regime will have to be reviewed.

In fact, fishing rights are proving to be one of the hardest bones in the negotiations and where positions remain farthest apart. Europe wants the new situation to be as close as possible to that of the last decades of British EU membership.

In view of the expectation of a solution without agreement, Brussels has already put contingency plans on the table which will be addressed today by the European ministers and with which the EU is proposing a transition period to avoid a legal vacuum, pending the agreement with London.

The EU executive proposes transitional quotas similar to those currently in place for catches in waters shared with the United Kingdom, as explained yesterday by Spanish diplomatic sources, who made it clear that if there is a hard Brexit, from 1 January vessels will not be able to enter British waters to fish, which would affect 88 Spanish vessels currently able to access this area. Spain catches 9,000 tonnes of fish in British waters, representing 1% of the total catch of the Spanish fleet.