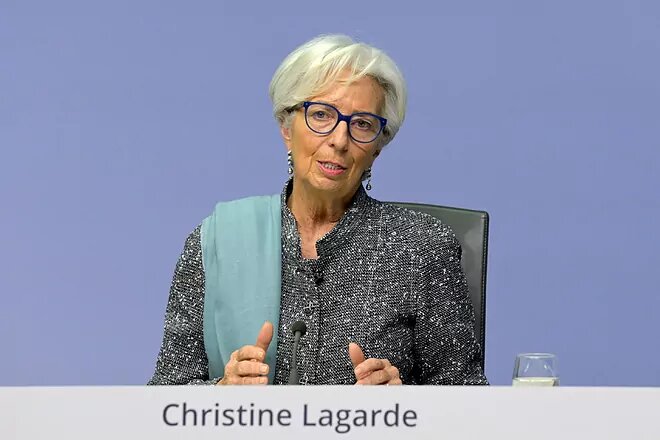 The ECB will increase the pace of anti-pandemic purchases in the next quarter.

The European Central Bank (ECB) has cut to the chase in announcing its plans to curb debt yields. The shock has deflated Spanish bond yields from 0.33% to 0.27%. On the other hand, the monetary agency has considerably raised its inflation forecast to 1.5% for this year.

The tightening of financing conditions was set to dominate the European monetary summit in Frankfurt today, along with the new macroeconomic forecasts. But Christine Lagarde, the President of the ECB, did not wait, preferring to explain it in her press release at 1:45 p.m. rather than to announce it at the press conference afterwards.

The first paragraph of the statement issued by the central bank leaves no room for doubt. It explains that it will increase the pace of debt purchases under its PEPP programme in the coming quarter: «Based on a joint assessment of financing conditions and the inflation outlook, the Governing Council expects the pace of purchases under the PEPP [its anti-pandemic programme] in the coming quarter to be significantly higher than in the first few months of this year».

With this increase in anti-pandemic debt purchases, the ECB aims to maintain favourable financing conditions after the recent rise in bond yields and to boost the economic recovery, all thanks to the flexibility of the PEPP. The monetary authority will also increase the pace of purchases to «prevent a tightening of financing conditions» that is «inconsistent» with countering the negative impact of the pandemic on the expected path of inflation.

Regarding the increase in the pace of PEPP purchases, Lagarde acknowledged at the press conference, in which the ECB was debuting today, that «it required the involvement of the Governing Council». In fact, she spoke of «consensus» despite the differences between the members of the ECB when it came to making this decision. In any case, she said that there are still no details about the amounts that will be handled in this increase in the pace of purchases and assured that «it is convenient to decide on a quarterly basis». As a point of reference, the ECB has bought an average of 14 billion euros every week under the PEPP since the beginning of the year.

The ECB also indicates that the Governing Council will keep net asset purchases under the PEPP programme intact with a total allocation of 1.85 trillion euros at least until the end of March 2022 and, in any case, until it considers that the crisis phase of the coronavirus is over. The central bank has also made it clear that, if it can maintain favourable financing conditions without using the 1.85 trillion, this package will not be used in its entirety. Likewise, if it is necessary to raise the amount, it will raise it.

The rest of the monetary policy instruments have been left untouched and, therefore, it will continue to make net asset purchases under its standard programme (APP) at a monthly rate of 20 billion net «for as long as necessary».

Lagarde’s bank will also reinvest funds from maturing debt for an «extended» period of time after it starts to raise interest rates. Lastly, the monetary authority has indicated that it will continue to provide «ample liquidity» through its refinancing operations, especially through the third programme of targeted long-term refinancing operations (TLTRO-III).

It raises its CPI forecast for this year.

In addition, the main monetary body of the euro area has today published its new macroeconomic projections under an economic situation that Lagarde has said «has generally improved in 2021, although uncertainty persists».

She said that coronavirus infections are «persistently high and confinements are weighing on growth in the short term». In any case, it recognises that vaccinations support the expectation of an economic upturn, while coronavirus mutations are a source of downside risk for the economy.

With regard to inflation, this monetary body has considerably raised its estimate for this year to 1.5%, compared with the 1% projected in December. It has even gone so far as to say that «it is possible that by the end of 2021 inflation will reach 2%. For 2022 it expects CPI to be one tenth of a percentage point higher than previously estimated and reach 1.2%, up from 1.1% previously. And for 2023 the forecast of 1.4% remains unchanged, far from its target of close to 2%, but still below.