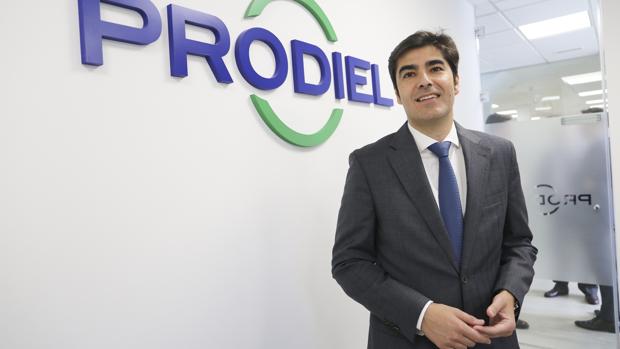 The Godia family and Everwood fund create a photovoltaic giant

The Godia family and the businessman Ángel Haro, together with Alfredo Fernández Agras, president of NH, and the financier José Antonio Urquizu, form a 7,000 MW group.

Prodiel, one of the largest renewable energy development groups in Spain, and Everwood, a Spanish management company specializing in clean energy investments, have joined forces and created DVP Solar. This marks the start of a new chapter in the green energy race currently underway in Spain.

DVP will be 50% owned by Prodiel and Everwood. It was created as a marriage to join promotion assets and financial resources in a single company, according to financial sources familiar with the transaction. Prodiel will contribute to the company the megawatts of photovoltaic plants it has in its portfolio, at different stages of development. Everwood will contribute the financial muscle of one of the funds it manages. This opens the way for renewable energy mergers in Spain.

Until now, the fever that the renewables market is experiencing in this market has been fed mainly by the direct purchase and sale of megawatts or alliances between foreign and Spanish companies. This is the first major corporate operation in which promoter and financier will go hand in hand with a shared company. They will also do so with an unbeatable business card.

Prodiel is 45% owned by the company Bathi Sana, owned by the businessman Ángel Haro, known for being president and shareholder of Real Betis Balompié. Another 45% is owned by Made-Easy Technology, a company linked to Liliana Godia, part of the Godia business family, one of the most influential in Catalonia. The remaining 10% is owned by Avimarsu, a group controlled by José María Vicente Suso.

Based in Seville, Prodiel is one of the largest independent energy development groups in Spain. It promotes and installs photovoltaic plants, wind farms, power lines and has its own electricity trading company, Energía Plus, which has sponsored the Betis basketball team.

Despite its discreet public profile, Prodiel is a giant in its market segment. It has become the world’s third largest builder of photovoltaic parks.

It is the only European company in the IHS Markit ranking. In addition to Spain, it has subsidiaries in Chile, Colombia, Peru, Brazil, Mexico, Panama, Morocco, Kuwait, Argentina and Guatemala. At the end of 2019, Prodiel staged a record transaction in Spain by transferring a portfolio of 1,000 megawatts of renewables to Endesa.

This was followed by another large sale of more than 1,000 megawatts of solar power in the pipeline to Everwood a year later. As a result of this sale, a stronger relationship of trust was born between Prodiel and Everwood, which has led to the decision to merge other assets.

Prodiel will segregate from its business structure the area corresponding to renewable energy promotion, which will be transferred to DVP. Prodiel will remain as a renewables constructor (known in the jargon as EPC, which stands for Engineering, Procurement and Construction).

For its part, Everwood will use the resources obtained in its fifth fund, which has already raised more than 100 million from qualified investors, to provide financial resources to DVP.

In addition to Everwood’s qualified investors, this fund manager is recognized in the industry for the track record of its founders and the banking partners that market its funds (Andbank and Santander Private Banking). The founding partners of Everwood are: Alfredo Fernández Agras, who worked at UBS and Merrill Lynch, among other entities, and eL president of NH Hoteles; and José Antonio Urquizu Echeverría, who was head of investments in Spain at Goldman Sachs Special Situations London. He was previously a director at Portobello Capital and Inversiones Ibersuizas. DVP Solar will initially have more than 70 professionals, all from Prodiel’s development business area. Eduardo Criado, director for Europe of the Chinese giant Jinko Power, has been hired as CEO.

DVP was created with projects in Spain, France, Germany, Italy, Colombia and Peru, managing 5,000 photovoltaic megawatts with connection, and another 2,000 in projects in the initial development phase. Financial sources indicate that the group expects to grow by an additional 3,000 megawatts in the coming years. Despite its consolidated presence in Spain and some Latin American countries, DVP’s target is set on certain European countries, such as Germany and France, the latter in view of the expected nuclear shutdown.