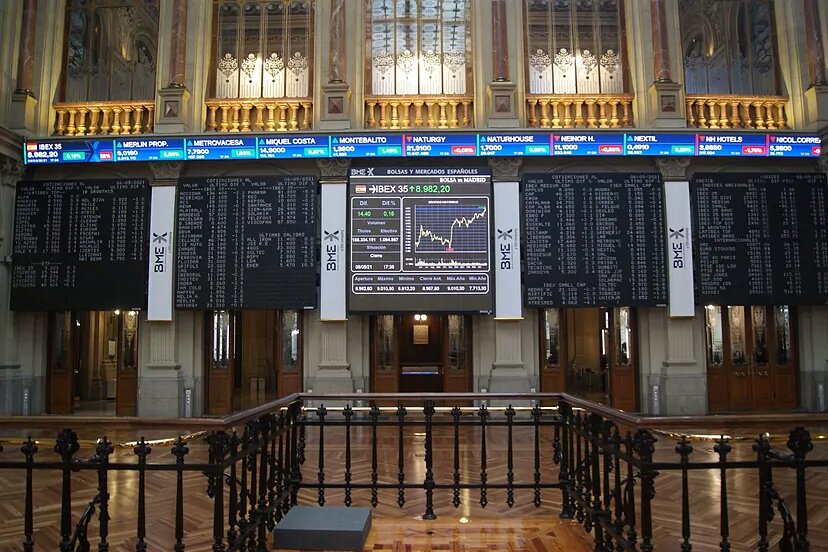 The Ibex breaks the 9,000 point mark on a wave of global optimism.

The latest batch of macro data confirms the recovery of the global economy, an optimism that should be ratified today by the US employment data. The Ibex joins the rises to surpass the 9,000 point barrier.

The outlook for economic growth in the major economies is once again boosting the financial markets. The bullish wave began yesterday on Wall Street, with rises of close to 1% on the back of the best weekly unemployment figures for the United States since the outbreak of the crisis caused by the coronavirus. The world’s other major economy, China, showed further encouraging signs of global recovery this morning, as its exports accelerated in April. As investment firms point out, the markets are facing the first year in living memory with growth of over 6% in both the US and China, a real boost for markets such as equities and commodities.

This macro optimism should be endorsed by the most awaited macro data of the week, the official US employment report. Yesterday’s weekly jobless figures are raising expectations even higher. Analysts expect the creation of close to one million new jobs in the month of April, specifically 978,000. This solid recovery in the labour market could be accompanied by a drop in the unemployment rate from the previous 6% to 5.8%.

Yesterday’s bullish momentum on Wall Street has carried over to Europe, and the Spanish stock market is taking advantage of the situation to break the barrier that it has hit in recent days. This week, the Ibex has reached over 9,000 points in two sessions, but at the close of the session it has so far not managed to shore up this level. Today’s gains are gaining momentum, allowing the market to break above 9,000 points and enter the highs since February 2020. A key point of the day will take place at 14:30, with the release of the official US employment report.

The battery of corporate results will once again be a determining factor among Ibex members, with news from Cellnex, IAG and Amadeus, in addition to those announced at yesterday’s close by Ferrovial and Acciona. Cellnex lost 43 million euros due to growth costs, although it improved its EBITDA by 47%. In the case of IAG, losses amounted to 1.067 billion before the expected recovery of air traffic in the coming months.

Stocks with a more cyclical component tried to take advantage of the favourable context of macroeconomic optimism. Companies linked to raw materials such as ArcelorMittal, Acerinox and Repsol are looking to extend their rally, as are the banks. Sabadell, in its rally, has reached the level of 0.60 euros per share.

The rest of the European stock markets also joined the wave of generalised macro optimism in the markets thanks to the latest data from the US and China. Corporate results did not disappoint either, and equities are within reach of new records in the pan-European Stoxx 600 index.

The German Dax, also on the verge of record highs, today assimilated a wave of corporate results. The balance is clearly favourable, with rises in companies spurred by their accounts, such as BMW, Siemens and Adidas. On the Paris stock exchange, much of the attention is focused on Crédit Agricole, after it published a 64% increase in profit.

The most reassuring news for investors compared to a couple of months ago is that economic optimism is on the rise in parallel with a containment of debt interest rates. The yield on the US ten-year bond is still below the 1.60% threshold, far from the high of 1.77%. In Europe, the interest rate on the German bund stabilised at around -0.20%, while the Spanish bond was close to +0.45%, with the risk premium close to 65 basis points.

The currency market prepares for the adjustments that may be triggered by the US employment data. The euro managed to consolidate above the 1.20 dollar level, while the pound struggled more to hold on to the 1.39 dollar threshold.

Economic optimism works in favour of commodities. Oil prices are again close to two-month highs, with Brent crude oil, the benchmark in Europe, close to 69 dollars. The US benchmark, West Texas crude, is above 65 dollars.

The predominant rises in industrial metals have been passed on to precious metals in recent days. Gold managed to break through the barrier of 1,800 dollars per ounce. Another growing alternative as a refuge from inflation, bitcoin, on the other hand, struggled to continue its rebound and stagnated near 56,000 dollars.