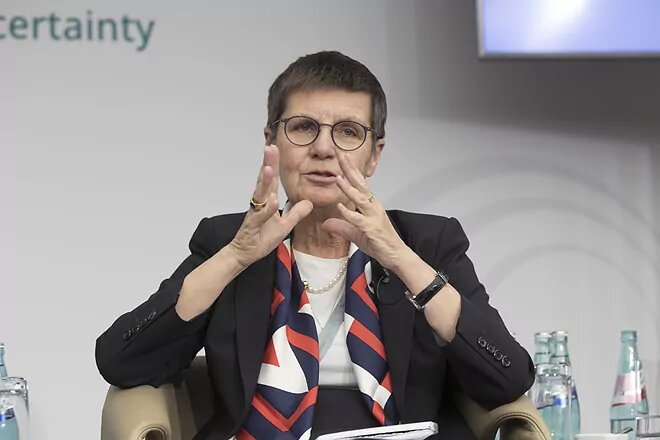 The SRB may limit dividends for banks without sufficient capital buffers.

The European Single Resolution Board (SRB) may impose restrictions on the distribution of dividends, bonuses and other types of remuneration to banks that do not respect the minimum own funds and eligible liabilities (MREL), the buffer required to cover losses if there is a crisis and avoid having to resort to public bailouts.

The SRB, which is in charge of planning and executing the resolution of large eurozone banks in cases of crisis, published this Wednesday its updated policy on MREL, which incorporates the changes agreed within the European Union’s Banking Package adopted in May last year.

It introduces, in particular, this new possibility to limit the distribution of profits – by setting a maximum allowable amount – in cases of default, a provision that applies from December 28 to entities considered systemically important and from January 1, 2022 to all banks.

European banks have to achieve on average a minimum of own funds and eligible liabilities, including the combined capital buffer requirement (CBR), equivalent to 26 % of their total risk-weighted assets by January 1, 2024 (EUR 1.774 trillion in total), of which 17.1 % has to be covered by subordinated instruments.

Intermediate target
A binding interim target of 25.19% of risk-weighted assets is also set for January 1, 2022, in line with the latest targets set by the SRB.

After that date, institutions that do not meet the targets regularly set by the European agency will have to immediately inform the SRB, which will assess whether it is justified to restrict the distribution of dividends, bonuses or other types of earnings.

The SRB will analyze the situation on a monthly basis, taking into account factors such as the consequences of a possible ban, the impact in the event of resolution or market conditions, for example.

If after nine months the non-compliance persists, the SRB will impose a limitation on the distribution of profits unless there are grounds for an exception, in particular if financial stability is at risk. Despite this assessment period, the SRB does not have to wait until the ninth month to act if it deems it necessary to do so earlier.

Currently, the Single Supervisory Mechanism (part of the European Central Bank) already automatically imposes these restrictions when institutions fail to comply with the minimum capital requirements of the highest quality, to which the SRB can now add the possibility of doing so when the minimum MREL is not respected.

Unlike the supervisor, the SRB’s decision is not automatic, so it will be able to exercise some flexibility in its application.

According to fourth quarter 2020 data published today by the resolution authority, on average European banks still need to set up MREL of 39.6 billion on average (0.58% of their risk-weighted assets) to achieve the 2024 target. To reach the 2022 target, the shortfall is 0.07% (5 billion).

«MREL’s shortfall is smaller year on year. We expect most banks to be able to meet their 2024 targets. At the same time, we urge them to keep up the momentum to set up MREL, especially since the markets are now so favorable,» JUR president Elke König told Efe.

In the case of Spanish banks, the average MREL target is 29.10% and the shortfall to achieve it amounted to 0.94% in December last year, according to JUR data, which exclude the four banks involved in mergers at that time (Bankia with Caixabank and Liberbank with Unicaja).