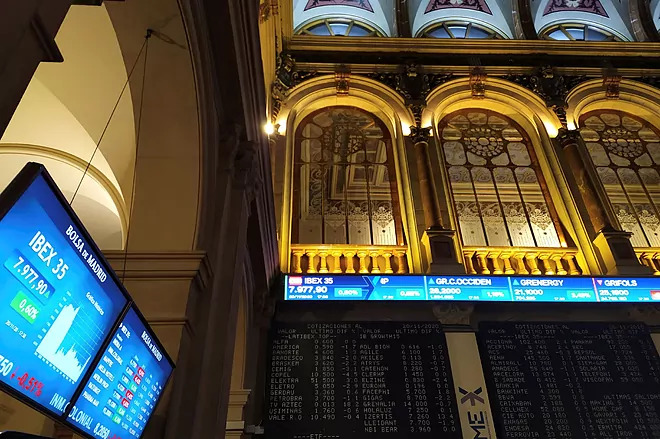 The week begins in the markets with optimism once again derived from vaccines. The US is hoping to start vaccinations in the very short term, in mid-December. Investors are inclined to buy, and the Ibex reaches 8,000 points, a barrier not seen since March. IAG and Repsol stand out in the advances.

On the last two Mondays they gave free rein to the rises in the markets. On the 9th the Ibex rose by a spectacular 8.5%, and on the 16th another 2.6%. The announcements about the progress of the Pfizer and Moderna vaccines were the triggers of a wave of optimism that still remains. AstraZeneca’s first few minutes of today’s session saw the vaccine’s effectiveness increase to 90%.

With expectations of further developments in vaccine development, investors have a new dose of optimism. After multiple adjustments to the timeline, the start of vaccinations in the United States is imminent. The White House has indicated that the campaign will begin in December.

The imminent start of the vaccination period clears the economic horizon, currently clouded by the coronavirus and the threat of new restrictions. The effects of semi-confinement in Europe were reflected today in the publication of the euro-zone composite PMI index. The early indicator for November fell today to 45.1 points, down from 50 points in October, just the level that separates contraction from growth.

Vaccines are helping to contain latent warnings, and with a view to the medium term, investors are opting for rises in Europe. The Spanish stock market, which has been the most bullish in the last two weeks, has managed to add to the gains, with intraday highs of over 8,000 points, a new barrier to closing since last March. Last week, in spite of rising 2.5%, the Ibex clashed insistently with this level.

Repsol stands out among the day’s leading stocks. Its shares are gaining momentum, even reaching eight euros per share, in a zone of maximums since July. The company is starting from the rising reference of oil price increases and the change it is making in its dividend policy. According to EXPANSIÓN, international investors are expecting a change in the oil group’s remuneration, which will leave the scrip dividend behind to opt for cash and share buybacks.

The rises in the price of oil do not prevent a new recovery of IAG and other securities linked to the tourism sector as Melia. Advances in vaccines and to an even greater extent the imminent start of vaccination in the US will dissipate expectations of a recovery in the sector.

The optimism of the markets plays in favour of industrial stocks such as Acerinox, ArcelorMittal and Cie Automotive, which are hopeful of the economic improvement that would be triggered by the forthcoming mass vaccination.

The banks, which are in the middle of a consolidation period in Spain, are seeing a revival of cross-border mergers, with Crédit Agricole’s offer to buy Italian Creval. The prices of the banks on the Ibex are trying to consolidate their latest rises. Banco Sabadell, awaiting the outcome of the merger negotiations with BBVA, is increasing its cushion above the level of 0.4 euros per share.

The rest of the European stock markets are opting for the advances. The hopes placed in the vaccines will help to alleviate the negative sign that could be reflected in the wave of macro data forecast for today, with the PMI indices as the most prominent. The pan-European indicator Stoxx60 is at its highest level since the end of February.

Cyclical sectors such as banks and oil companies reinforce the gains in European equities. Among banks, the resurgence of cross-border mergers is noteworthy. France’s Crédit Agricole has launched a takeover bid for one of Italy’s most troubled banks in recent times, Creval. Rumours of corporate moves go beyond the banking sector, and Bilfinger goes public in the face of a possible takeover bid by CVC. On the London Stock Exchange, the falls recorded by AstraZeneca stand out, as its vaccine is up to 90% effective, less than that advanced by firms such as Pfizer and Moderna.

The oil companies are replicating the upward trend of the oil price. Hopes of a forthcoming start to vaccination bring the price of a barrel of Brent up to 46 dollars, with the West Texas reference price in the USA at 43 dollars.

The foreign exchange market shows more moderate changes. The euro is only consolidating at $1.18, while the pound is climbing above $1.33 pending developments in the Brexit negotiations.

The truce in the public debt market brings the interest on the Spanish ten-year bond closer to its historic lows, at 0.06% today. The risk premium repeats at around 65 basis points.