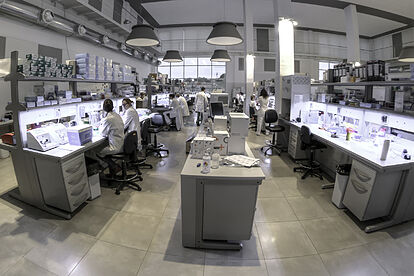 The genetic diagnostics company was a spin-off of IVI that was created ten years ago.

Barely two years after acquiring a majority stake in Igenomix, the EQT fund yesterday closed the sale of its stake to Vitrolife, the Swedish giant also dedicated to genetics for assisted reproduction, for a price of 1.25 billion euros.

Igenomix, which was born in 2011 as a spin off of the Valencian Infertility Institute (IVI), is based in Valencia and employs 560 people. In 2016 it was acquired by the Charme fund, who in turn transferred the majority to the Swedish fund EQT two years ago.

In the year ended June this year its turnover was €122 million (€98 million excluding covid testing). This represents a compound annual growth rate of 37% since 2017, the buyer explains. The company estimates that it achieved ebitda of €36 million .

EQT notes that during its time as a shareholder Igenomix has strengthened its organization, mainly by enhancing digital sales and marketing capabilities. It has also made substantial investments in its product portfolio and R&D. As a result, it has launched a non-invasive preimplantation genetic test (PGT), a test for the detection of Covid-19 and a new business line: precision genetic diagnosis (GDPx) for the detection of rare diseases. Igenomix has also continued to consolidate its international presence and has entered countries such as China, Chile, Peru, Russia, Saudi Arabia and Taiwan, among others. The company currently serves more than 3,000 clinics in 80 countries.

The transaction is being carried out through a combination of cash and shares, with the issuance of new securities, so that the previous shareholders of Igenomix will now hold 7% of the capital of Vitrolife, which is listed on the Stockholm Stock Exchange.

Expected combined pro forma sales for the last twelve months to June 2021 for Vitrolife and Igenomix amount to SEK 2,702 million, about €265 million, which will make the company a world leader in this healthcare segment. Adjusted ebitda is estimated at 94.8 million euros for the year ended June.

The transaction will be submitted to Vitrolife’s shareholders’ meeting at an extraordinary meeting scheduled for next autumn.