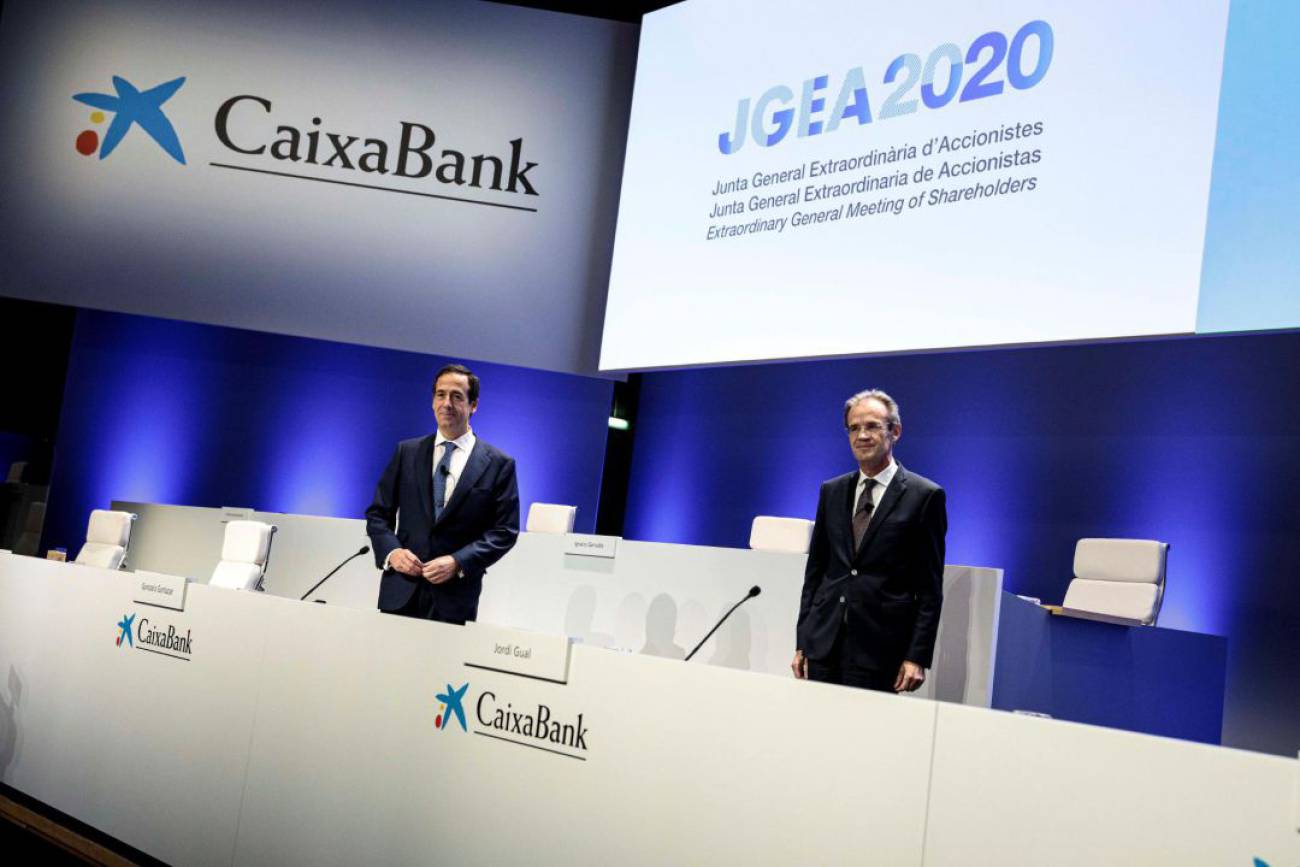 CaixaBank expects to make the cost of the merger with Bankia profitable in three years.

Gortázar defends that the integration will improve profitability by one or two points in 2022. «The operation is a great opportunity to create value for all stakeholders,» he says.

The creation of the first financial group in Spain already has the backing of the shareholders. Yesterday, with 99.71% of the votes in favour, CaixaBank approved its merger by absorption with Bankia, which will create a bank with more than 660,000 million euros and more than 20 million customers.

Two days earlier, the operation had received the approval of Bankia’s board. Gonzalo Gortázar, CEO of CaixaBank, told shareholders that the costs of the integration will be paid off in less than three years.

The institutions estimate restructuring costs of some 2,200 million, which is equivalent to less than three years of the annual savings of 770 million per year expected from the integration. These savings represent 42% of Bankia’s cost base at the end of 2019.

«The operation is a great opportunity to create value for all stakeholders including, of course, the shareholders; those of CaixaBank and also those of Bankia», justified Gortázar, who will also assume the role of managing director of the new CaixaBank.

Gortázar highlighted the experience of the institution in previous integrations, which even exceeded expectations in terms of savings, as in the cases of Banca Cívica, Banco de Valencia and Barclays.

The integration of Bankia will be the 85th in the history of CaixaBank. Along the same lines, José Ignacio Goirigolzarri, President of Bankia, suggested last Tuesday to Bankia’s shareholders that the cost savings could exceed the anticipated figures.

To achieve these savings, the merged bank will have to make an adjustment in employment and close branches. For the time being, the institutions are working on «quantifying the surplus» in staff numbers and outlining the «most suitable formulas from a business and also personal point of view», according to the managing director of CaixaBank. Although there are no official figures, it is estimated that the adjustment of staff numbers could amount to some 8,000 employees. The heads of CaixaBank and Bankia have undertaken to negotiate with the trade unions the exits from March, when the legal merger is expected to be closed.

The managers of CaixaBank and Bankia also plan to increase income by 290 million thanks to the merger. In this sense, Gortázar justified the operation as a response to the pressure on bank income and warned that the sector will operate in an environment of negative rates until the end of this decade. He also warned that the economic consequences caused by the pandemic are not yet «fully visible», generating uncertainty about its impact on the financial sector.

«In this situation it is critical to work ahead to ensure long-term sustainability, with more efficient cost structures and increased investment capacity. That is why we have embarked on this project», defended the CEO of CaixaBank before the board, which had a quorum of 70.33%.

The combined entity forecasts that in 2022 the return on tangible capital (ROTE) will improve by one or two percentage points compared to a one-way street. Based on market consensus, ROTE could rise to around 8% within two years and earnings per share could improve by 28%. At the end of September, CaixaBank’s return on tangible capital stood at 5% and Bankia’s at 1.9%.

«The resulting entity will therefore be a strong, well-provisioned and well-capitalised entity. We are convinced that the operation we propose will be beneficial to all stakeholders,» he stressed.

For his part, Jordi Gual, who presided over his last meeting (see attached information), stressed that CaixaBank is anticipating the «new wave of restructuring» in the sector with the merger with Bankia, which he defined as the «best partner» to combat low interest rates, the digital transformation, the increase in competition with the entry of new technological players and the higher costs of regulation.

The board of CaixaBank also gave the go-ahead for the four directors from Bankia, including Goirigolzarri, who will act as chairman of the new CaixaBank, to join the board of directors of the future institution after the legal merger. And to the incorporation as a proprietary director of the representative of Frob, Teresa Santero, and of the current non-executive chairman of BPI, Fernando María Costa, as an external director.

The merger plan fixes an exchange of 0.6845 new shares of CaixaBank for each Bankia share.

The exchange means that CaixaBank shareholders will control 74.2% of the capital of the new entity, and those of Bankia 25.8%.

The Frob, which holds almost 62% of the current Bankia, will now control 16.1% of the combined entity. Some of the shareholders who took part in the meeting criticised the fact that the State sits on the board, to which Gual replied that the new director meets the requirements of professionalism.