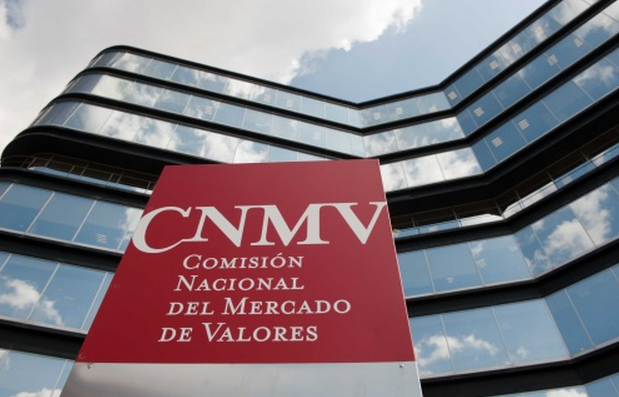 Calviño reinforces the independence of the CNMV.

Rodrigo Buenaventura and Montserrat Martínez Parera are very familiar with the CNMV. The good harmony between the two will make it easier to overcome the challenges of the Securities and Exchange Commission.

The Government is about to complete the replacement of the main heads of the independent supervisory bodies that have jurisdiction over economic matters. A few months ago it appointed Cani Fernández as head of the National Commission for Markets and Competition (CNMC) at the end of the six-year term for which José María Marín Quemada had been appointed, last Friday the Vice-President for Economic Affairs, Nadia Calviño, announced that tomorrow, Tuesday, the Council of Ministers will agree on the appointment of Rodrigo Buenaventura as Chairman of the National Securities Market Commission (CNMV) to replace Sebastián Albella, and Montserrat Martínez Parera as Vice-Chairman, a post that has been held until now by Ana María Martínez Pina. For these appointments to be firm, the Economic Affairs Committee of the Congress of Deputies must examine both of them to see whether there might be any conflicts of interest and, once this procedure has been completed, it will be the Council of Ministers that finally appoints them for the next four years.

In some sectors of the market there were fears that Albella’s departure would be taken advantage of by the government to put at the head of the CNMV people who were not so much linked to the activities that the committee should control (transparency in operations, absence of privileged information, protection of the users of financial products and services and of the companies that provide these services fundamentally) as closer to the current administration, even though they lacked experience in the sector.

Time will tell in any case, but from the CVs of the two people elected by Calviño, everything indicates that the Vice President of the Government has once again opted, as she did in the case of the CNMC, for experts professionally linked to the CNMV for a good part of their professional career, with proven experience outside the institution and with no links to the political apparatus of the parties that make up the current parliamentary majority.

This has been recognised, in public and in private, by different actors in the market, in the legal world related to commercial activities and even by people who currently carry out their professional activity in the business world, but who at the time held political positions of responsibility such as the former president of the Community of Madrid and former mayor of the capital, Alberto Ruiz-Gallardón, who declared that «the Government should be congratulated for these appointments since, in addition to falling on people of high professional value, they will provide solid legal security» with their actions.

When the previous government appointed Sebastián Albella as president four years ago, the fact that the person elected had a deep knowledge of the functioning of the commission was highlighted, since he had been the main writer of the law that created it and had been its general secretary for years. Furthermore, Albella had developed the rest of his professional career in the legal world of companies and had actively participated in numerous corporate operations. He was familiar with the market and its functioning was noted. And he had no political ties.

Now the same is true of Buenaventura and Martínez Parera. The future president has worked at the CNMV for two periods in positions of responsibility. The last of these, which he will hold until he takes up his post as Chairman, is that of Managing Director of Markets. Between the two he was director of markets at ESMA, the European CNMV. Buenaventura previously worked in the consulting firm AFI. Martínez Parera has also worked at the CNMV as head of the cabinet of the vice-president Fernando Restoy and later of the latter but also of the president Julio Segura. When they completed their mandate, she went with Restoy to the Bank of Spain, where she held the same position as head of the Deputy Governor’s cabinet. Since 2018 he has been running the Chairman’s Office of CaixaBank and in his early career he worked at BBVA.

The challenges they will face in their new positions are as important as getting national companies back onto the stock exchange, adapting Community rules or stress testing investment funds. Without doubt, it will also be time to try to clarify the whole model of supervision of the financial sector, which is currently divided into three bodies: the CNMV, the Bank of Spain and the Directorate General of Insurance, in which the three institutions have crossed competences. In the previous legislature, the government wanted to promote the creation of a fourth supervisor, the Agency for the Defence of Consumer Financial Products. This did not happen because the Cortes were dissolved and there were legislative elections. It is now time to finally decide whether to move in this direction or whether, on the contrary, to simplify the scheme and move towards a model with two supervisors: one for solvency, which would be based in the Bank of Spain, and the other for consumer protection, which should be based in the CNMV.

Traditionally, governments sought to ensure that there was not necessarily a good working climate between the Chairman and the Deputy Chairman of the CNMV. There were numerous confrontations between the people who held these positions, to the point that on some occasions they reached an almost total breakdown. This is despite the relatively young age of the institution. In reality only the tandem formed by Julio Segura and Fernando Restoy worked not only without these confrontations between the two, but quite the opposite. Buenaventura and Martínez Parera have known each other for a long time; they have both coincided for years at the CNMV and there is a predisposition that the next four years will be distinguished by a good relationship between them.