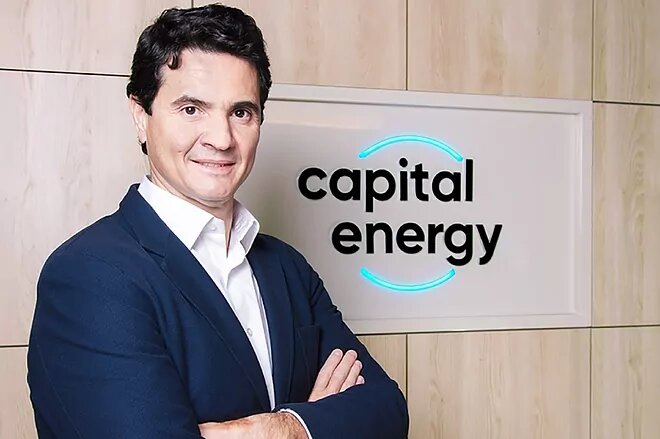 Capital Energy challenges Acciona with another express IPO of 4 billion.

The two groups are at the head of the frenetic race of renewables to launch themselves on the stock market, while Repsol, the other big operation, is lagging behind.

Capital Energy, the new renewable energy giant in Spain created by the Buezas family, has stepped on the accelerator for its IPO. According to market sources, the group is speeding up all the procedures to take advantage as soon as possible of the window that has opened up in the financial market at the moment, where there is a huge appetite for 100% renewable projects.

It is competing with Acciona to take the lead in the race that has begun among various companies to make stock market placements in Spain in the heat of the green energy boom.

Other groups such as Repsol, OPDEnergy, Factorenergía and EDiF are also in the race. Acciona kicked off the race last week by announcing that it wants to carry out an express public offering (IPO) of at least 25% of the capital of its renewables subsidiary to institutional investors before the summer. Acciona’s green subsidiary could reach a valuation of up to 12 billion euros.

The Repsol group, which was the first to start talking about a spin-off of its renewables in order to list them on the stock exchange or seek investment partners – what is known in the sector as dual-track – is, however, lagging behind.

Capital Energy, a company controlled by businessman Jesús Martín Buezas, has the financial advice of Goldman Sachs and UBS, and the legal support of the Pérez-Llorca law firm.

Range according to projects

According to analysts, its initial valuation could be between more than 3,000 million euros (the most conservative figure) and more than 4,000 million euros (the most optimistic). The range depends on whether the calculation uses only operational projects, under construction and with grid access rights already granted, or the entire megawatt portfolio, even if they are in their earliest stages.

The group’s intention is to carry out a public offering. In other words, a stock market placement like Acciona, in an express manner and among institutional investors. But, unlike Acciona, it would actually be a public offer for the subscription of new shares. In other words, capital would be increased and placed among new investors. The money raised would not go to the owners of Capital Energy. It would go to the company itself to strengthen the group’s financial muscle, with which to develop more projects and grow.

The placement banks hired by Capital Energy are already scouring the financial markets for investor appetite, particularly among Anglo-Saxon investors. The fact that the placement is only among institutional investors, without a tranche for minority investors, substantially shortens the bureaucracy of the IPO and also the timescale.

On the other hand, the legal minimum to be listed on the Continuous Market in Spain is 25%, which is why this is the figure that both Capital Energy and Acciona have set themselves in order to go public. Capital Energy has already taken the first formal step towards its IPO on Monday, 15 February, when its board of directors decided to transform the company into a public limited company.

Capital Energy already has almost 8,500 megawatts (MW) of wind and solar power with firm connection rights in Spain and Portugal. In the last 15 days alone it has secured permits for around 1,500 MW.

The group’s valuations would correspond to the average of the valuations that analysts from, for example, Bank of America, Société Générale, UBS, JP Morgan, Goldman Sachs and Kepler Cheuvreux are currently awarding to assets at different stages of development of Spanish listed companies such as Solaria, Grenergy and Greenalia, or foreign companies such as the French company Neoen, the leading independent renewable energy producer in France.

The valuations of renewable projects in operation and under construction can vary greatly depending on their characteristics, but photovoltaic projects are normally valued at around one million euros per megawatt, while wind megawatts are normally valued higher. For megawatts with grid access already granted, the valuations being seen in the market are between 0.3 and 0.4 million per megawatt.