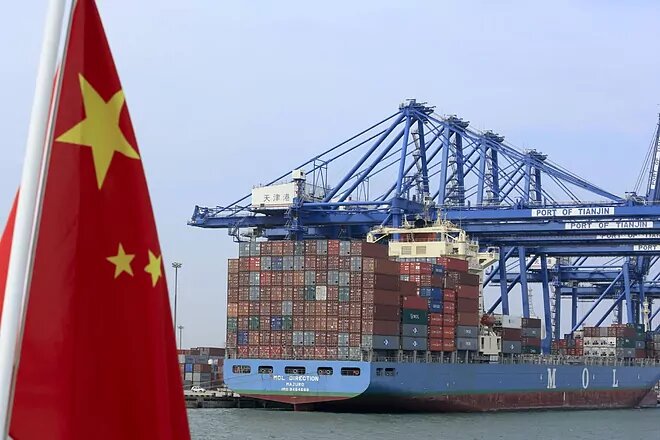 Soltec, a renewable star on the stock market, sounded the first alarm a few days ago when it entered into losses due to the cost of supplying photovoltaic material from China.

On 25 February, the Spanish photovoltaic installations group Soltec, which staged a spectacular IPO in 2020, announced that it had entered into losses after suffering the shock of several factors. Among them, the «delay of some projects» and «extraordinary expenses» arising from «increased costs of transport, personnel, external services, supplies and insurance».

This is the first warning sign in the current boom of renewable energies in Spain, especially photovoltaics. Is Soltec an isolated case? What has really happened to it? The explanation lies more than 9,000 kilometres away. In China.

In recent months, a series of circumstances have affected exports of components for the assembly of photovoltaic modules to China, by far the largest manufacturer of solar panels. On the one hand, there were accidental incidents at some polysilicon plants – the raw material from which the wafers are made – and production had to be stopped, aggravating the shortage of photovoltaic glass that is already being experienced due to high global demand.

Perfect storm
To complete this perfect storm, there was what has come to be known in the industry as the «container crisis», a butterfly-effect-style problem, which has ultimately engulfed the PV market.

What is it? With the Covid pandemic and most developed countries at a standstill, China has multiplied its exports to the West exponentially. It has done so to a much greater extent than vice versa, causing an imbalance in the flow of containers to and from the West by sea freight. In normal situations, containers travelling in one direction loaded with some goods return with different goods in the opposite direction.

But that pattern has broken down. China now sends more containers loaded with its goods than it receives with the goods of others, causing a distortion of the market.

Shipping lines have had to increase the volume of voyages they make to China just to bring empty containers to China so that the country can continue to export to the international market.

This has driven up freight rates. Last December, freight rates were 270% higher for the Asia-Europe route than a year earlier, according to data from transport risk management firm Resilience360. For the Asia-US route, rates had risen by 145%.

By February, prices had already shot up by 300% on the two shipping corridors. The average price of a container is now around $6,000, up from $1,200 just over a year ago.

The Chinese are being particularly aggressive in taking back containers for their own production. Three out of four containers from the US to Asia are travelling empty. The problem is global. It affects all major economies.

No one knows how long this imbalance will last. The only thing that is certain is that something unusual is happening in the market. For the first time, the costs of photovoltaic installations are rising. This is breaking the historical trend of lower development costs, on which the new PV boom and its financial prospects are based.

It is estimated that in just over a decade, the cost of photovoltaics had fallen by more than 90% to 0.7 million euros per megawatt. Many of the financial schemes underpinning the current wave of buying and selling of PV projects are based on the idea that the cost of solar panels and installation will continue to fall and that cheap financing will also be plentiful. That is why they can put together large cash bids to buy projects.

Now, one of the two pillars of that model is starting to break down. Or, at least, it is beginning to show that it can fail at any moment. It is as if in the story of the milkmaid, the milkmaid stumbles.

Moreover, the enormous dependence of the world’s photovoltaic market on Chinese production is becoming clear. China is still the world’s largest producer of polysilicon.

Asian manufacturers have been growing steadily in recent years and are estimated to account for more than half of the global market. They are giants who, if they sneeze, can cause a global gale. Explosions at a polysilicon plant of the GCL group last year suddenly reduced global production capacity by 10%.

Suez Canal blockade
The blockage of the Suez Canal for days due to the giant ship Ever Given getting stuck has further aggravated the supply problem. Suez is the route through which most of the goods traffic to Europe from China passes. In addition to the increased cost of supplies, there are now also possible delays in the receipt of equipment.