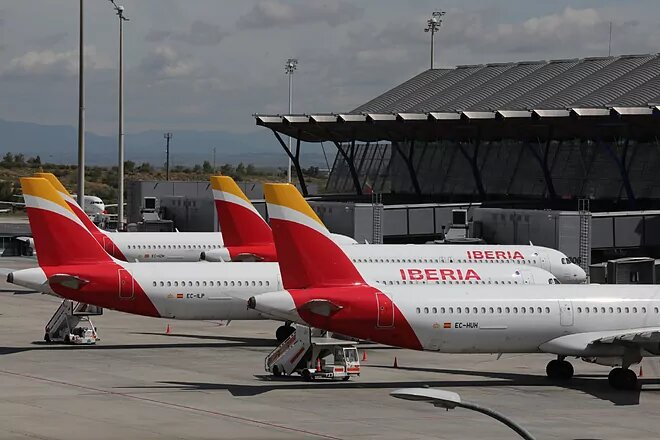 EY warns IAG of insolvency risks if the crisis drags on.

The auditor raises doubts about the group’s financial capacity if it exceeds the worst-case scenario of operating, on average, at 40% of its capacity.

EY has warned IAG in its annual audit report that the airline group could see its future compromised if the sector crisis continues and recovery is very slow. The holding company of British Airways, Iberia, Vueling, Aer Lingus and Level has analysed two scenarios (these are not forecasts): one is the central one and the other, the pessimistic one.

«In the event of a more severe scenario than those already considered, the group would need to obtain sufficient additional financing, which implies a material uncertainty that could cast significant doubt on the group’s ability to continue as a going concern,» warns EY.

Indeed, the group itself acknowledges in its report that, for the coronavirus, there remain a number of controls that are «beyond» its control, such as the pandemic situation around the world, the rebound of existing strains, the availability of vaccines and their effectiveness, and government restrictions on free movement. IAG says: «We are not certain that there could not be a more severe pessimistic scenario than the ones we have been dealing with».

In such a scenario, the holding company would have to raise additional financing. Although IAG envisages «renegotiating existing funding arrangements and obtaining new long-term funding facilities», it concludes that in such a worst-case scenario there would be «significant uncertainty that could call into question the group’s ability to continue as a going concern». It adds: ‘There can be no assurance that the group would be able to raise additional funding, if needed, in the event that a more severe pessimistic scenario than those it has considered materialises’.

The scenario to which IAG gives the highest probability (70% of options) is that of a gradual recovery from the third quarter, taking it from operating at 21% in the current quarter to 82% in the first quarter of 2022, so that between January 2021 and March 2022 the group would operate at an average of 57% (the same period of 2019, the last normal and the best in the sector, is always taken as a reference). The pessimistic scenario (30% probability) would mean delaying take-off by half a year and working at an average of only 40% of the 2019 level.

Confidence in the market

The market and IAG itself are pinning their hopes on a much more optimistic scenario, in which the Spanish-British holding company would have enough with the 10.3 billion euros of its current liquidity. But it is also true – hence the importance of EY’s renewed warning – that, since the crisis erupted in Europe last March, the various recovery forecasts have been missed and postponed, although for reasons beyond the airlines’ control. IAG is the second Ibex stock to rise the most in 2021, with a 40% increase since January, which shows that investors are confident that the recovery will begin soon and that there is no turning back. Analysts have also improved their recommendations on this stock.

«The group continues to explore and develop other financing initiatives to provide further resilience, if required,» he concludes.