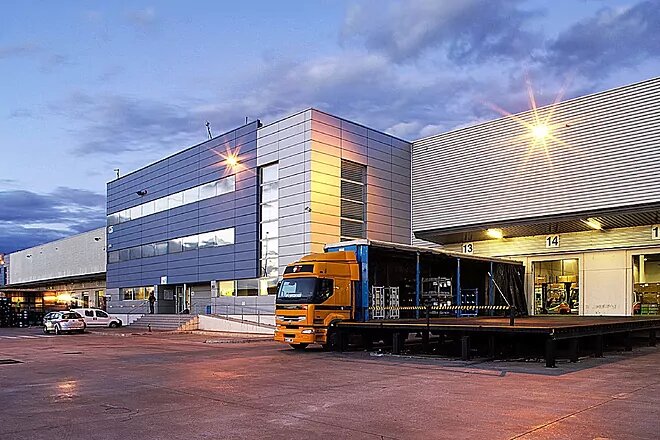 Funds are going after logistics with 2,000 million in the face of the online boom.

Blackstone, Brookfield and Apollo, insurers such as Alllianz and Axa and even energy companies such as EDF are looking for opportunities in a market on the rise after Covid due to the e-commerce boom.

Logistics has become an object of investor desire. The take-off of e-commerce, driven by Covid, and attractive returns compared to other types of assets more penalised by the pandemic have catapulted logistics warehouses as one of the star real estate assets to the point that 2021 could be a record year with close to 2,000 million in investment thanks, above all, to Montepino’s mega-transaction to sell assets, the main transaction planned in the sector.

Investment funds such as Brookfield and Apollo, insurance companies such as Allianz and Axa, financial institutions such as Bankinter and even energy companies such as Électricité de France (EDF) are sounding out the market in search of opportunities and are joining investors such as Blackstone, Patrizia, Panatonni, Hines and Nuveen, which have strengthened their position with purchases in the Spanish logistics market in recent years.

According to data from The Logistics Property Telescope report, prepared by EY’s Strategy & Transactions team, last year operations were closed in Spain for close to 1,600 million euros, a figure which, although it implies a reduction of 11% compared to the previous year, represents a moderate fall compared to the 35% drop in the real estate sector as a whole.

The consultancy firm’s forecasts show that in the coming months, transactions could be closed for a volume of more than 1.96 billion, which would even mean exceeding the pre-pandemic investment rates and reaching a milestone.

The logistics segment in Spain is a highly fragmented market in which the top ten owners of industrial assets account for no more than 31% of the almost 26 million square metres of existing surface area in the country.

Leading the ranking in Spain is Merlin Properties, which is the Iberian market leader with more than 1.8 million square metres in operation and 86 million gross annual rents, including the proportional attribution of ZAL Port in Barcelona.

The company also intends to continue to strengthen its weight with future developments included in the Best II & III plans and in ZAL Port to generate more than one million additional square metres and estimated future rents of 55 million euros.

Another of the most relevant players and one that has made the greatest commitment to this type of asset is the US multinational Prologis which, after consolidating the purchases of the Colonial and Kefren portfolios, now has 59 assets and a surface area of almost 1.3 million square metres in Spain.

Also noteworthy are Logicor, controlled by China Investment Corporation, with 1.1 million square metres; the joint venture of CBRE Global Investors (CBRE GI) and Montepino and the Belgian real estate provider VGP, with close to 900,000 square metres each; as well as the British group Segro and P3 Spain Logistic Parks -Socimi controlled by the Singapore sovereign wealth fund GIC- with 850,000 and 600,000 square metres, respectively.