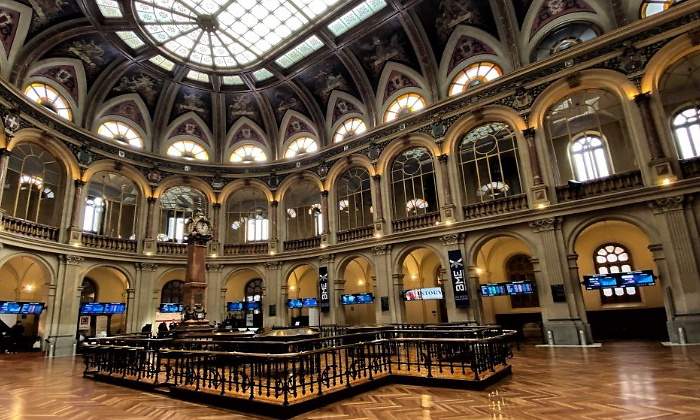 Caution continues to be present in the markets, amid the upsurge in coronavirus cases and the escalation in US debt interest rates. The Ibex is trying to at least minimise yesterday’s correction.

The investment picture does not clear up in the second week of 2021, after a blazing start to the year. Optimism has cooled. The continuing upsurge in coronavirus cases is further weakening the world economy. Even China, virtually ‘immune’ in recent months to Covid and leading the recovery, is beginning to reintroduce selective containment measures due to new outbreaks. The current situation gives more prominence to the shorter term, and dissipates the more favourable economic prospects for the medium term, when vaccination is already advanced.

The greatest doubts furthermore coincide with a sharp rise in the interest rates on US debt, a situation that multiplies its consequences in the current context owing to the record debt expected as a result of the coronavirus crisis. Expectations of greater stimulus in the United States, with the Democrats holding a majority in the Senate, have triggered debt sales and the resulting increase in interest rates, which have reached 1.15 percent in ten months’ time. In Spain, the ten year bond yield is now firmly in positive territory, above +0.05%.

The continuous rise in interest rates on US debt has ended up boosting the value of the dollar. With the market positioned to take advantage of the falls expected for the dollar in 2021, the upward turn of the US currency has caught most investors off guard. As debate grows over possible long-term changes to the Fed’s monetary policy, the dollar is likely to strengthen from near three-year lows. The euro repeats at $1.21 and the pound at $1.35. The revival of the dollar has led to a slowdown in gold, among other things, to around $1,850 an ounce.

Wall Street is trying to minimise the doubts it expressed yesterday, as is the case in Europe. The Spanish stock market is making an effort to park at least the red numbers. One day after losing 0.60%, the biggest fall so far this year, the Ibex is looking with doubt to rebound to levels close to 8,400 points.

Tourism values are trying to recover from the latest falls and regain the upward trend of November, when advances in vaccines triggered their rebound. IAG, Meliá and Amadeus are among the most bullish stocks in the Ibex.

The banks are favoured by the prominence being given to the escalating interest rates on debt in the United States. As the new season of results begins, Deutsche Bank improves its valuations over Santander, BBVA, Caixaank and Bankia. The rises are widespread in the sector.

The rest of the European stock markets are also attempting a moderate rebound, in a day with hardly any significant macro data. With its eyes on the cases of coronavirus, on the debt of the EU and on the dollar, the German Dax is once again approaching its recent historical records above the 14,000 point mark.