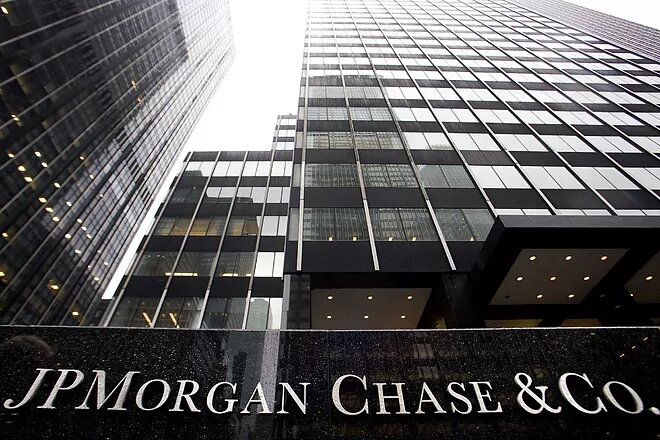 JPMorgan quintuples its profit in the year to March to almost 12 billion.

It anticipates a period of «extremely robust» growth driven by stimulus and euphoria over the end of the pandemic.

«These results include the release of $5.2 billion of credit reserves that we do not consider recurring earnings,» said Jamie Dimon, chairman and chief executive officer of JPMorgan Chase. «We believe our credit reserves of $26 billion (21.746 billion euros) are appropriate and prudent,» he added.

The significant improvement in JPMorgan’s results in the first three months of the year reflects a positive impact on the bank’s cost of credit, which added $4,156 million (3,477 million euros) for this item, when a year earlier it recorded an adverse impact of $8,285 million (6,930 million euros).

Looking ahead, the JPMorgan Chase chief executive said that the combination of stimulus and potential infrastructure spending, along with accommodative monetary policy and strong consumer and corporate balance sheets, coupled with «euphoria» about the possible end of the pandemic, means that the economy «has the potential for extremely robust growth for several years».

Goldman Sachs boosts profits sixfold
US investment bank Goldman Sachs posted a record attributable net profit of $6.711 billion (5.614 billion euros) for the full first quarter of 2021, a six-fold increase on the profit posted in the same period a year earlier.

Although the pandemic is still affecting the economy, the good performance of the financial markets has allowed Goldman Sachs to increase its profits.

Moreover, unlike last year, this quarter it did not make provisions for possible loan defaults. In fact, Goldman Sachs has reduced this item by 70 million (59 million euros), compared to the provisions of 937 million (784 million euros) it made in the first quarter of 2020.

The firm has attributed this reduction to the «continued improvement» in the economic environment. As a result, the bank’s «cushion» against credit defaults stood at $4.24 billion (€3.547 billion) at the end of the quarter.

«Our businesses remain well positioned to help our customers reposition themselves for recovery, and that strength is reflected in our record revenues and profits this quarter,» said the bank’s chairman and CEO, David Solomon.

Wells Fargo’s profit soars to 4.742 billion euros
Wells Fargo, the third largest bank to report its accounts today, posted a profit of $4.742 billion in the first quarter, a 626% increase over the same period last year, when it earned $653 million.

The third-largest bank by assets in the US has boosted its profits largely because it has released provisions of almost 1.6 billion dollars in response to the improvement in the US economy. A year ago, it decided to accumulate reserves of 3.1 billion dollars to protect itself against possible defaults as a result of the economic crisis caused by Covid-19, which significantly reduced its profits.

According to the bank’s CEO, Charlie Scharf, defaults are at historically low levels, but low interest rates and sluggish loan demand affected the banking business this quarter.

The Californian firm suffered its first quarterly loss in more than a decade in the second quarter of last year, as it faced the first onslaught of the pandemic in a worse situation than the rest of its competitors and focused on reforming internal practices and some of its management staff after the scandal over its sales practices.