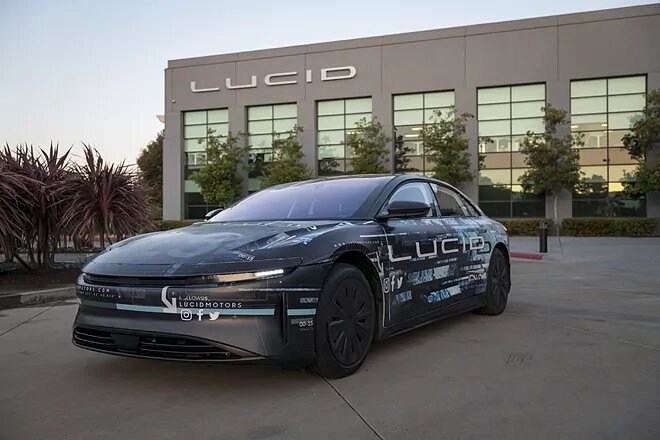 The fundraising by the electric car maker, which has yet to launch its first vehicle, highlights how plentiful capital is for start-ups.

Last week, tech stocks fell and a generation of entrepreneurs saw a glimpse of their own demise. It was a reminder that a correction is long overdue after a year of big rises and that capital will not always be so easily and cheaply available.

When there is plenty of money to invest, the close connection between Wall Street and Silicon Valley can seem almost unbreakable. Tech start-ups hoping to change the world make big promises to investors eager to find a reason to believe in them. These conditions favour investment in companies that claim to offer a big market opportunity.

Despite the obvious risks of a surge of capital in tech start-ups, there are some benefits. For example, it can bring new technologies into widespread use: the tech bubble of twenty years ago was a huge financial boondoggle, but it funded the communications networks and digital infrastructure that were the foundation for the next generation of internet companies.

The abundance of capital also ensures funding for promising technologies, although it does not guarantee that they will become commercially viable more quickly. Battery technology has taken many years to break even. The fact that billions of dollars are suddenly available cannot accelerate these processes.

The danger of Spac
But there are two big caveats to this phenomenon, in particular the trendy Wall Street financial vehicle for tech start-ups: special purpose acquisition companies (Spacs), which first raise funding and then look for a promising company to merge with.

The first is that with this new form of exchange-funded venture capital, speculators can make large profits long before start-ups become viable. Traditional venture capital investors do not usually make a profit or sell their stakes and make money on the sale for years.

An example of the advantages of Spacs is the case of Lucid. In theory, the Spac involved has already made an 87% return on its investment. And its promoters, who paid a total of $25,000 for their «founder’s shares», have a stake valued at $1.5 billion. Spac has also been the subject of wild speculation. Its stock rose more than 400% on the prospects of a deal, but then fell by almost half.

There are some mechanisms in place to encourage a longer-term view, such as prohibiting Spac’s promoters or subsequent investors from selling their shares and making a profit until a certain period of time has elapsed. But the 18 months of Lucid’s Spac founders is nothing compared to the many years that traditional venture capital companies usually have to wait to make a profit.

The second caveat is that the current close connection between investors and entrepreneurs is unlikely to last. Financial conditions will change. Even if start-ups deliver on the promises they have made, it will be difficult for them to maintain or exceed their current valuations.

Unlike companies that go public through a traditional IPO, Spacs promise to have revenues in the future. Joby has stated that it will not have sales until 2024, but that its revenues will be $2 billion within five years. Lucid, which has yet to launch its first vehicle, predicts that its annual revenues will exceed $20bn also in five years, a figure Tesla only surpassed in 2019. These promises are underpinning the huge valuations currently being recorded. On paper, Lucid is worth $24 billion. Tesla only reached that figure when it had been making and selling cars for five years and a year after its groundbreaking Model S went on sale.

But when circumstances on Wall Street change, many investors may no longer have the patience to trust those promises.