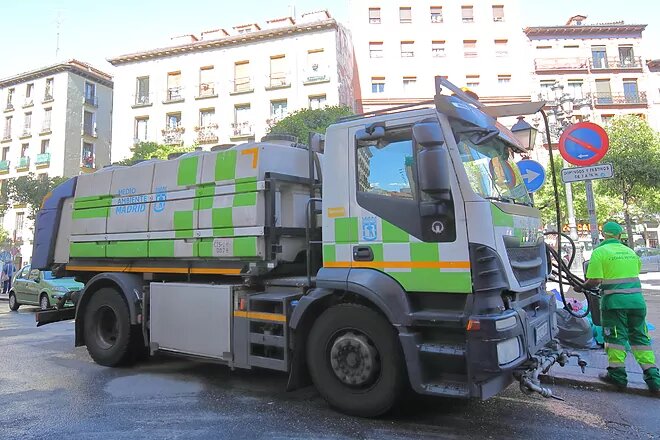 Platinum is negotiating the exclusive purchase of Urbaser for 3,500 million.

The US fund beats Stonepeak and Elliott in the bidding for the former environmental division of ACS.

Platinum Equity is negotiating the exclusive purchase of the majority stake in Urbaser from China Tianying (CNTY) – owner of the company since it bought it from ACS in 2016 – for 3.5 billion euros, according to Bloomberg. The fund thus prevails over Stonepeak and Elliott in the competitive process organised by Crédit Agricole, Société Générale and Deutsche Bank, advisors to the Chinese conglomerate in the transaction.

As EXPANSIÓN published, Stonepeak, Elliot and Platinum were the three finalists in the auction for Urbaser following Apollo’s withdrawal from the process. The candidates presented their binding bids for the asset on Tuesday 20 April and CNTY has selected Platinum’s proposal, which values the environmental group at more than 3.5 billion euros, including a debt of around 1.7 billion euros.

According to market sources, Banco Santander is participating with Platinum in the transaction.

Although the transaction has not been closed and until yesterday the talks with the other candidates were still ongoing, the deadlines have been met once CNTY decided to sell 100% of the company, as reported in this newspaper.

The Chinese conglomerate has owned Urbaser, the former environmental division of ACS, since 2016, when it bought it from the group chaired by Florentino Pérez for 1,114 million euros. A year ago, in early 2020, the company began the process of going public in order to obtain resources with which to reduce its debt, although the demands of Chinese regulators frustrated the operation. CNTY then opted for a direct sale. Initially, the Asian group had intended to divest a minority stake of between 20% and 30% of the capital, but the interest of some investors in 100% led CNTY to change its mind and organise a competitive process to sell the entire shareholding.

The market estimated that the value of Urbaser could reach 3,200 million euros (including debt), a price that would represent a multiple of eight times the gross operating profit (ebitda) of the company, which is around 350 million-400 million euros. Platinum’s offer therefore exceeds investors’ expectations.

Urbaser operates in a total of 30 countries in Europe, America, Asia and Africa and employs more than 35,000 people. The company recorded a turnover of €2,137 million in financial year 2019, the latest figure available. A quarter of the group’s total turnover comes from abroad.

The company currently cleans more than 45,000 kilometres of streets in different cities and collects more than 20.2 million tonnes of municipal waste annually. In Spain alone, it manages all or part of the waste services in 50 cities, including Madrid and Barcelona.

In addition, Urbaser treats and recovers 250,000 tonnes of industrial waste and 167,000 tonnes of mineral oils. In its activity, the group generates 1,592 gigawatt hours (GWh) a year, equivalent to the consumption of 455,000 homes, and has 232 megawatts (MW) installed in renewable energies.

In recent months, Urbaser has been able to weather the health and economic crisis caused by the outbreak of the coronavirus with relative success, as waste collection and waste treatment are counter-cyclical activities. In fact, the lower volumes of industrial waste due to landfills and lower business activity were compensated by the increase in urban services.