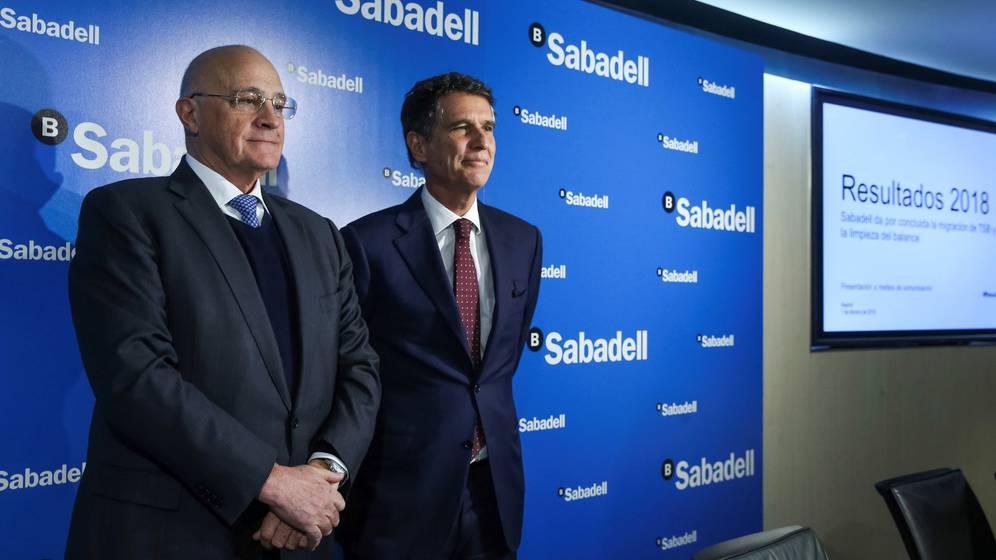 Sabadell aims to generate 300 million in capital through the sale of its subsidiary in Mexico.

The bank wants to focus on Spain after breaking off negotiations with BBVA. The priority is the sale of TSB, but it is also planning to divest itself of its young Mexican subsidiary.

Banco Sabadell is heading out on its own, after having broken off negotiations with BBVA, to focus on the business in Spain. Its aim is to weather this crisis with capital and then to boost its corporate business, making the most of the performance of its loan portfolio and the improved efficiency of its competitors. The priority of the bank managed by Josep Oliu and Jaime Guardiola is to sell TSB and, in addition, they are considering disinvesting in Mexico.

The UK and Mexico are Sabadell’s two international businesses. While the first was acquired for EUR 2,362 million, after a capital increase of EUR 1,600 million, in 2015, the operation of the second began from scratch. Sabadell’s management has always seen potential in the Mexican market, which Guardiola knows well from its past at BBVA, but it is also a potential source of capital gains.

Thus, Sabadell’s main objective is to sell TSB, which in the opinion of its top executives would partially correct the mistake of embarking on this adventure, which has been a headache due to the problems of integration and the worsening of expectations in the United Kingdom with the Brexit. If it sells below $700m, there will be a negative impact on the top quality capital ratio (CET1 ‘fully loaded’), while above that there will be a gain in the solvency cushion.

While TSB has been a headache for Sabadell over the past five years, Mexico has been a business that has been growing quietly. The business has a EUR 3 billion loan portfolio, 15 branches and 503 employees, and contributed a profit of EUR 14 million between January and September, accounting for 7% of the group’s profit. The bank is considering its sale with its advisor, Goldman Sachs, combing the market for it.

A Fidentiis report considers that Sabadell could aspire to sell the Mexican business at once the book value, which would mean making the divestment for EUR 600 million, generating capital gains of around EUR 300 million, equivalent to more than 40 basis points. In other words, Mexico is an ace up Sabadell’s sleeve with which to reinforce capital and improve its ability to weather the coronavirus crisis. The great challenge will be to withstand the foreseeable default and fall in income with the massive closure of companies, following the effects of the moratoriums or the loans with public guarantees through the Official Credit Institute (ICO).

Fidentiis also calculates that the 300 million capital gains would be used by the bank to accelerate the reduction of costs of the group, which is already focused on Spain, with a potential reduction in expenses of 100 million or 20% of the forecast profits for 2023. However, Sabadell Mexico has had a return on equity (ROE) of less than 10% in recent years, compared to the average of 15% for large Mexican banks. But, on the other hand, the cost of risk (provisions to total credit) is 0.6%, compared to 3% in the large Mexican banks, including BBVA, Fidentiis analysts point out.

Sabadell is the bank among the large ones that is most oriented towards small and medium enterprises. This means that the bank presiding over Oliu has the highest customer margin (portfolio yield minus cost of deposits), at 2.56%. Furthermore, the efficiency ratio (costs over income, the lower the better) is lower than its competitors, at 47%, and aims to continue to fall with a plan to dismiss 1,700 employees. On the other hand, it has unused capital gains of 1,300 million from the fixed income portfolio (ALCO).

These are the points he tried to make with BBVA, but ended up breaking off the negotiations by not accepting the exchange offer that the bank chaired by Carlos Torres put on the table in an irrevocable way. Sabadell also had an earlier rapprochement with Kutxabank. Financial sources do not rule out the possibility that it may once again negotiate with BBVA or another bank, although the strategic plan on which the Catalan bank, with its headquarters in Alicante, is working is to continue on its own. Its aim is to present it in the first quarter of 2021.