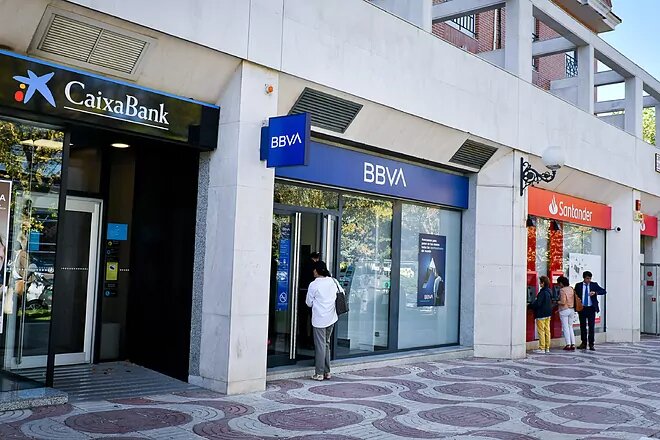 The bank is in the process of selecting the initiatives it wants to test on the testing ground approved last year by the government.

Santander, BBVA, CaixaBank, Bankia and Sabadell want to be in the sandbox from the beginning, the testing space created by the Government for financial innovation projects with a technological base. This is a sign of the commitment of the banks to adapt to the change of paradigm demanded by the new times.

They are analysing which project or projects will be submitted to this first call, the deadline for which is 23 February. The process is coordinated by the Treasury, which depends on the Ministry of Economy.

CaixaBank is studying whether to present it alone or in collaboration with some fintech. This is the case of Bankia, which will do so in alliance with Finweg, with an initiative to launch «a new digital payment platform that will be based on an innovative model of tokenisation of transactions with blockchain technology». It is an electronic payment instrument that can be used to give cheques and promissory notes the same status as securities currently recognised in commercial transactions.

«The strategic objective is to offer the market for companies and their financial providers a platform to enable them to carry out the transformation of their payment, cash flow management and liquidity management processes,» said Bankia, which plans to present further projects.

Sabadell considers that being in the sandbox is a good opportunity to accelerate its capacity for innovation. After analysing ten potential initiatives, it has opted for a project that introduces new capacities in ‘conversational banking’ and which benefits from advanced security systems. The initiative has been developed in collaboration with a Spanish fintech. Sabadell wants to raise its profile as a digital bank by several degrees and to this end has just hired César González-Bueno, former CEO of ING in Spain and Portugal, as its first executive.

In addition to these entities, most of the top 10 in the Spanish ranking intend to participate in the sandbox, something which is a historic demand from the sector, which until now has been forced to go almost blindly and this has slowed down its growth.

Applications must be accompanied by a supporting report. The Treasury will forward them to the competent supervisory authorities for admission or withdrawal.

According to industry sources, 40 to 60 initiatives will be submitted in this first call between banks and fintech.

The sandbox places Spain at the forefront of technology, as there are barely six in Europe and just over 20 in the world. One of the great references is the British one, which was launched at the beginning of 2017. «This project will position Spain as a centre for innovation and for attracting talent at a global level,» Gonzalo Rodríguez, director of business development for BBVA in Spain, recently said.

A sandbox is a testing ground designed for experimentation with new business models that lack their own legislation.

In heavily regulated sectors, such as finance, being able to carry out tests with real clients is not easy. Having something like this makes it possible to match compliance with strict regulations with the growth and pace required by the most innovative companies, so that they are not strangled by too many rules, but neither do they reduce guarantees for consumers.

«Having an experimental space of this type is basic to deciding whether a business model is scalable or not. Also to test the viability of pioneering models that do not yet exist in other countries,» explains Rodrigo García de la Cruz, president of AEFI, an association that represents 150 fintech and has been working since 2018 to make the sandbox a success.

According to his calculations, the implementation of the sandbox will make it possible to attract international talent (up to 5,000 jobs in two years) to the Spanish fintech ecosystem, which by size is on a par with the French and German systems.

It is estimated that some 600 fintech companies operate in Spain, plus another 200 focused on the insurance world, which in total employ some 30,000 people.