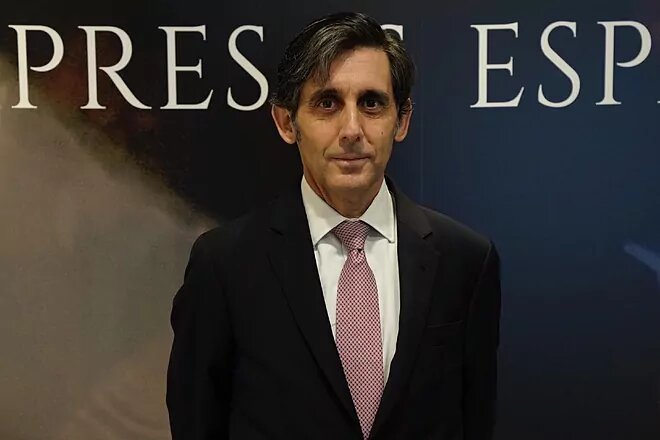 Telefónica cuts 5 billion in debt by unblocking the O2-Virgin merger.

The Competition Authority has given the provisional ‘green light’ to the merger of the Spanish mobile subsidiary with the cable group, valued at 44 billion, which creates the British leader.

The Competition and Markets Authority (CMA), the UK’s competition regulator, has provisionally authorised the integration of O2, Telefónica’s UK mobile subsidiary, with Virgin, the cable group controlled by US-based Liberty Global, into a company controlled 50/50 by the two partners.

The document made public yesterday amounts to a proposed resolution by the CMA services. The final approval of the competition watchdog’s board is still pending, but it is taken for granted, because yesterday’s preliminary report is very strong.

This means that the deal will go ahead soon, as the deadline for the CMA’s board to decide is 27 May.

Yesterday’s report, which paves the way for final approval, unlocks an integration between two firms with a combined enterprise value, including debt, of some 38 billion pounds, or 44 billion euros, and is therefore the largest corporate deal in the Spanish operator’s history.

Arguments for a «yes» vote
The CMA’s report highlights that, after examining the evidence, the supervisor has provisionally concluded that the integration will not reduce competition in the two wholesale markets it affects – its retail impact is negligible – i.e, the market for fixed leased lines for other operators to connect their towers to their backbone networks, which is called backhaul in industry jargon – a service offered by Virgin – as well as in the segment of leasing O2’s mobile networks to other groups (roaming) such as Tesco or GiffGaff.

The CMA explains that «the deal is unlikely to lead to a substantial lessening of competition in relation to the provision of wholesale services for a number of reasons. Firstly because backhaul costs are only a relatively small element of the overall costs of rival mobile companies, so it is unlikely that Virgin would be able to increase backhaul costs in a way that would lead to higher prices for consumers». Moreover, according to the regulator, «there are other players in the market offering the same leased line services, including BT, which has a much larger geographic reach than Virgin. This means that the merged company will still need to maintain the competitiveness of its service or risk losing its wholesale revenues» to competitors.

Similarly, the CMA considers that «there are other companies that provide mobile networks for telcos to use, which means that O2 will need to keep its wholesale service competitive with its rivals to maintain this business».

5 billion for debt
The closing of the deal will have important consequences for Telefónica, both financial and strategic.

From a financial point of view, Telefónica will receive between £5.5 billion and £5.8 billion in cash (between EUR 6.34 billion and EUR 6.69 billion) for the deal, which will reduce the Spanish operator’s net debt by approximately EUR 5 billion, according to market sources.

Of this cash it will receive, part, £2.5 billion, is a direct payment from Liberty to compensate for the fact that Virgin was more indebted than O2 when the merger was agreed, and the rest – around £3 billion – corresponds to 50% of the mega-dividend of around £6 billion that the subsidiary will pay to its two shareholders.

To this end, once the creation of the joint venture is completed, from the final approval at the end of May, the new merged group will take on enough debt to reach a net debt to ebitda ratio of 4 or 5 times, for which it will have to issue up to 6,000 million more pounds.

This whole operation of issuing new debt by the joint venture – the so-called pre-funding – is already closed and signed with the banks, so all that remains is the official green light to get it underway.

The O2-Virgin integration is, therefore, the most important corporate move to contribute to Telefónica’s deleveraging, as it will be the new subsidiary that will be indebted, whose debt will not be consolidated on Telefónica’s balance sheet, as it holds 50% and therefore does not have control of it.

Telefónica announced on 25 February, when it presented its 2020 results and cut the dividend, that the operations it had underway and expects to close in 2021 would enable it to reduce net debt by a total of 9 billion.

To add up these 9 billion in debt reduction, Telefónica will have the 5 billion euros it will receive from the integration of Virgin, plus the 4.6 billion it plans to cut by applying the proceeds from the sale of the Telxius towers for 7.7 billion euros. The sale of the Telxius towers already has competition clearance in both Germany and Spain, so that part of the deal can be closed soon, pending the green light from the Spanish government. Regulatory authorisations in Latin America, expected in the second half of the year, are still pending.

In addition to this, Telefónica will have to cut around 400 million euros from the sale of its Costa Rican subsidiary, but the 900 million euros that it will cost Telefónica to buy its stake in the mobile business of Brazil’s Oi must also be added to its debts.

Convergent strategy
From the point of view of competitive strategy, the merger completely eliminates the risk that Telefónica previously had of being at a disadvantage in a market that, reasonably, in the future will be moving towards convergence, i.e. the bundled sale of fixed and fixed broadband services, together with mobile and television services. BT, which is the leader in fixed broadband, bought EE, the leader in the mobile market, years ago to do just that.

Now, with the merger of Virgin and O2, the new company, which is similar in customer size to BT, will help accelerate the transition to convergence, which will put the other four players in the UK market that do not have both fixed and mobile legs, namely Vodafone and Three (Hutchison) in mobile and Sky and Talk Talk in fixed, in difficulty.