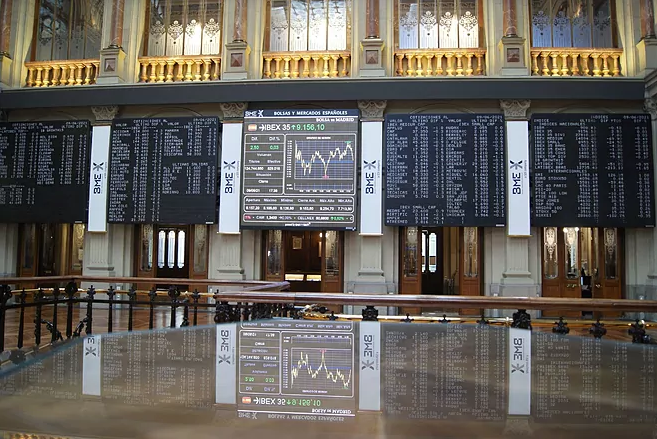 The Ibex renews its gains before the Fed

The hours before the Fed impose caution on the financial markets, while the Ibex takes advantage of the boost received by renewable energy companies to resume its advances.

The market’s firm conviction that the Fed will be almost extremely patient before beginning to withdraw its financial stimulus should be corroborated this afternoon. The Fed’s two-day meeting will end with European markets closed. The latest developments suggest that despite the historic rises in inflation (to 5% in May), the institution chaired by Jerome Powell will remain firm in its belief that inflationary pressures are temporary, so it will again postpone the withdrawal of stimulus to ensure the recovery.

Any unexpected nuance introduced by the Fed in its messages could significantly alter the markets, which in recent weeks have been confident in the continuity of ultra-expansionary monetary policies. The best proof of this is the fall in debt interest rates. In the United States, with inflation soaring to 5%, the yield on the ten-year bond has fallen back below +1.50%, to a three-month low. In Europe, negative interest rates on the German bund exceed -0.20%, and in Spain the ten-year bond is cooling to the edge of +0.40%. The Fed will have to ‘validate’ this plunge in debt interest rates late today.

The recent lull in financing costs has eased the pressures on equities, and Wall Street has taken advantage of this time to shore up its rises, especially in the technological Nasdaq, the most affected months ago by the escalation in debt interest rates.

The Spanish stock market is trying to resume its gains on a day that will end in Europe without knowing the most awaited references of the day, those coming from the Federal Reserve. It will be tomorrow when investors will have the option of adjusting their portfolios according to the US monetary news. Until then, the Ibex will be buoyed by the boost it receives from renewable energy companies following the takeover bid for Solarpack. After yesterday’s failed attempt to close above 9,300 points for the first time in 16 months, the Ibex is once again approaching this level today.

The leading role of the day, and the biggest gains, went to renewable energy companies. The takeover bid launched by the Swedish fund EQT for Solarpack includes a premium of no less than 45% compared to yesterday’s close. The bullish wave in Solarpack, similar to the 45% premium, extends more moderately to other companies in the sector that have been hard hit since the beginning of the year, such as Soltec, Grenergy and Audax, and the upward momentum is even noticeable among Ibex members such as Solaria, Siemens Gamesa and Acciona.

The Ibex receives the wind at the back of the renewable energy companies, and the majority truce in the rest of the sectors. Banks and utilities, two of the most sensitive to the news provided today by the Fed, are trading without a clear direction. Securities such as Red Eléctrica and Enagás are limited to consolidating yesterday’s gains, and among the banks, Santander and BBVA are trading at different times.

The rest of the European stock markets await the news from the Fed with little change with respect to the record levels reached in recent sessions in indices such as the pan-European Stoxx 600 and the German Dax. At the forefront of today’s rises, the British Ftse stands out, strengthened by the impulse derived from the new highs in oil prices.

References from the US condition the day, even at the corporate level. The German software giant SAP reacts on the stock market with declines to the coldness generated by the business forecasts of its US rival Oracle. Still in the technology sector, but with a more bullish stock market outlook, the performance of Worldline stands out. The former Atos is celebrating its inclusion in Goldman Sachs’ list of favorite stocks.

Companies linked to crude oil and commodities boosted the British Ftse on a day when the price of oil renewed its highs. Brent crude is above $74 a barrel, and the US benchmark West Texas barrel is above $72, a level unseen since 2018. The decline in US crude inventories lifts pressures coming from the expected increase in crude demand.

Oil rises are not extensible in the commodity market to gold. The precious metal is stuck near $1,860, as is bitcoin, locked near the $40,000 barrier.

Portfolio adjustments are also low in the currency market, awaiting news from the Federal Reserve this afternoon. The euro is back at 1.21 dollars, and the pound at 1.41 dollars.