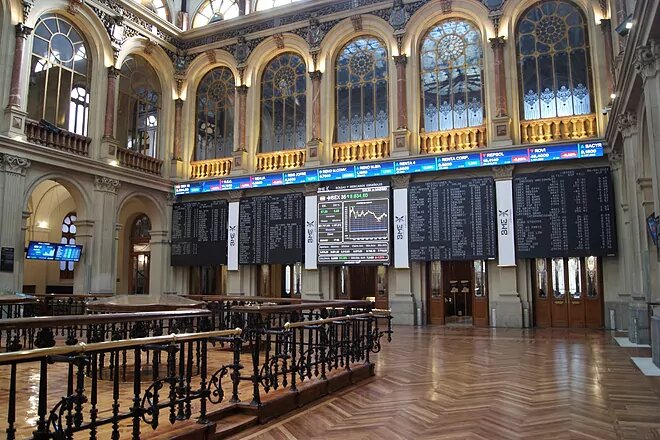 European stock markets replicate Wall Street and take a breather in the area of historical records, while the Ibex hits its annual highs.

The festive break has somewhat unbalanced the rhythms of US and European equities. Yesterday’s holiday closure on Monday caused the European stock markets, including record highs, to replicate the upward pull achieved a day earlier on Wall Street, although the New York Stock Exchange took a break yesterday in its climb. Today, this pause has been transferred to Europe.

Analysts point to a consolidation of unprecedented levels in most markets, despite renewed optimism about the strength of the recovery. The International Monetary Fund (IMF) reinforced its expectations of recovery by raising its forecast for global economic growth in 2021 from 5.5% to 6%, thanks in large part to the expected boost in the United States from its trillion-dollar stimulus and the success of its vaccination campaign against Covid.

After the initial adjustment of portfolios due to the change of quarter, and after the prominence acquired in previous sessions by macroeconomic data, analysts’ eyes are shifting towards the imminent start of the new season for presenting corporate results. If in previous quarters the market had reduced the level of demand on results to a minimum due to the effects of the pandemic, this time the listed companies will have to comply with the forecasts of a sharp increase in their profits to avoid significant corrections in the rally they have accumulated over the last twelve months.

Europe, like Wall Street and the Tokyo Stock Exchange, is taking a pause in its rises, and the Spanish stock market is trying to consolidate the latest gains. The changes are small, and the Ibex is hesitant to enter the area of annual highs, after retreating below the 8,657 points reached in March at the end of yesterday’s trading session.

Banks, the main support for the Ibex in recent rallies, cooled their ascent without losing sight of the greater containment in US debt interest rates, and awaiting the messages from the Fed minutes. Santander is hesitating in its assault on the three euro per share level, and BBVA is trying to consolidate the 4.5 euro per share level.

Renewable energy companies, the sector that has been hardest hit since the beginning of the year, are once again in the sights of investment firms. Siemens Gamesa stands out in the falls, with analysts awaiting its stock market valuation, its upcoming results and possible tariffs in the US. Solaria is barely taking advantage of the radical change in recommendation received from Société Générale in the last two months.

Securities with a more defensive profile such as Red Eléctrica and Enagás, or even Telefónica, are taking advantage of the effects of the containment of debt interest rates on their share prices.

The rest of the European stock markets are also taking a break in their climb. The Stoxx 600 index smashed all-time highs yesterday, ending the day at 435 points, and the German Dax did the same at over 15,200 points.

The day revived speculation of corporate moves, with a particular impact on the Paris stock exchange. EDF soars nearly 10% on the possibility that the French government will launch an offer to control the 16% it does not own in the electricity company. In the financial sector, fund manager Amundi rallied on reports of a possible deal with Société Générale to buy Lyxor, its ETF (exchange-traded fund) division.

Markets have been hit in recent days by subdued bond yields in contrast to the resurgence of optimism about the economic recovery. Expectations of a more accommodative stance by the Federal Reserve despite the improving economy have pushed the US 10-year bond rate below its recent 14-month highs. Pending the release of the Fed’s minutes, today it extended its hold below 1.70%. In Europe, on the other hand, the German bund is close to -0.30% and the Spanish bund is rising towards +0.40%.

The containment of US bond yields is reflected in the dollar, which is also awaiting the release of the Fed minutes at the end of the day. The US currency corrected part of its recent gains and the euro accelerated towards 1.19 dollars. The pound, meanwhile, consolidated above 1.38 dollars.

The dollar’s retreat is not enough of a stimulus for bitcoin to regain the $60,000 level. The cryptocurrency is once again hitting this level, while gold is slowing down its rise to around 1,740 dollars an ounce.

The lull in the gold price is repeated on the oil market. The recent lurches in the wake of the OPEC+ meeting, with the price predominantly bearish, are giving way to a phase of greater stabilisation. Investors assume that OPEC countries and allies such as Russia will soon increase their oil supply. Brent crude oil prices are firming near 63 dollars a barrel, while the US benchmark West Texas crude is around 59 dollars a barrel.