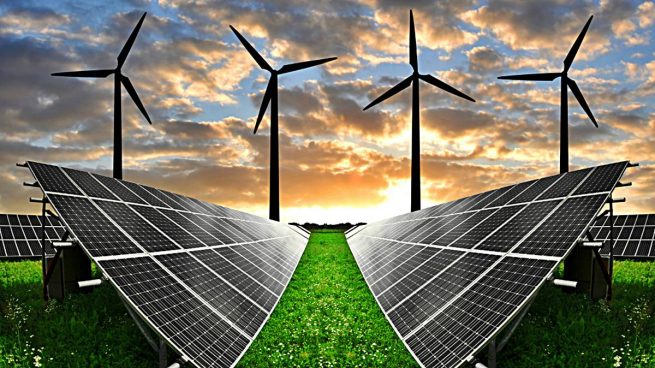 Wave of purchases for 12 billion in renewables.

The Chinese, the French, the Portuguese, the rich from all over the world… They all come to the Spanish renewable energy festival, which has already created a record bubble of corporate operations.

Last Thursday, the Pontevedra-based company specialising in photovoltaic installations, EiDF Solar, announced that it is in the final phase of its move to BME Growth (formerly MAB). Minutes later, A&G Private Banking announced that it had completed five acquisitions of photovoltaic solar projects in Spain for one of its funds, aimed at VIP clients.

Just a few days earlier, it was announced that the Navarre-based OPDenergy group is considering placing at least 25% of its capital on the Continuous Market, thus surpassing the successful exit of Soltec, a manufacturer of photovoltaic equipment, which took place just a month ago. And investment banks are rubbing their hands in the hope that Repsol will do the same with its renewables subsidiary, for which some already estimate a value of over 4.1 billion.

What is happening in Spain with renewables? Has everyone gone crazy and is the Hispanic party of the past decade, which provoked a hyperinflation of expectations, being re-edited? Literally not a single week goes by that some kind of corporate movement is not announced, buying and selling megawatts, launching mega-projects and investment funds specialising in wind and photovoltaic.

But one thing is certain. Nobody wants to miss a festival that is attracting investors and large companies from all over the world. So far this year, and despite the fact that the Covid pandemic supposedly put the brakes on many corporate operations, in the Spanish renewables sector, buying and selling has been accelerating to such an extent that it now seems to have no brake.

Since February, more than 20,000 megawatts of power have changed hands. This is one third of all the new megawatts that the government plans to create in Spain within ten years, according to the Integrated Energy and Climate Plan (Pniec) for the period 2021-2030. With only the most relevant ones, or those for which some kind of financial or investment information has been provided, this transfer of operations amounts to a record of some 12 billion euros. This means an average of 1.2 billion euros in operations per month.

Experts believe that, unlike the bubble of the last decade, when the Spanish renewables festival was animated by the flood of subsidies that the installations received, now the growth is healthier. Or at least, there is more perspective of consistency in the long term. On this occasion, many of the movements are driven by the irruption of new players in the market, with a vocation for permanence. Some of these operations are setting milestones in terms of reconfiguring a new map of renewables in Spain.

This year, the frenzy of transactions has led to the irruption of large European hydrocarbon groups in the renewables sector in Spain. This is the case of the Portuguese company Galp, which has been involved in a historic megawatt operation for ACS, and the case of the French giant Total, which has been spinning operations with Powertis, a subsidiary of Soltec, and the Ignis group. Repsol has responded by buying assets from Forestalia.

New sector players are not the only thing stirring up the market. Also in the midst of the pandemic, foreign groups have landed in Spain, such as the British group Ancala, which has acquired assets from Ence, and the Chinese giant Three Gorges, which has taken over assets from X-Elio.

Neither Brexit nor armor

The restrictions on asset purchases in Spain imposed by the government to protect and shield strategic businesses from unwanted foreign investors have not stopped this wave. Neither has the UK’s exit from the EU (Brexit). Many of the corporate operations, such as Ancala, are carried out, or executed, by British companies, or funds that raise capital in the UK and other countries.